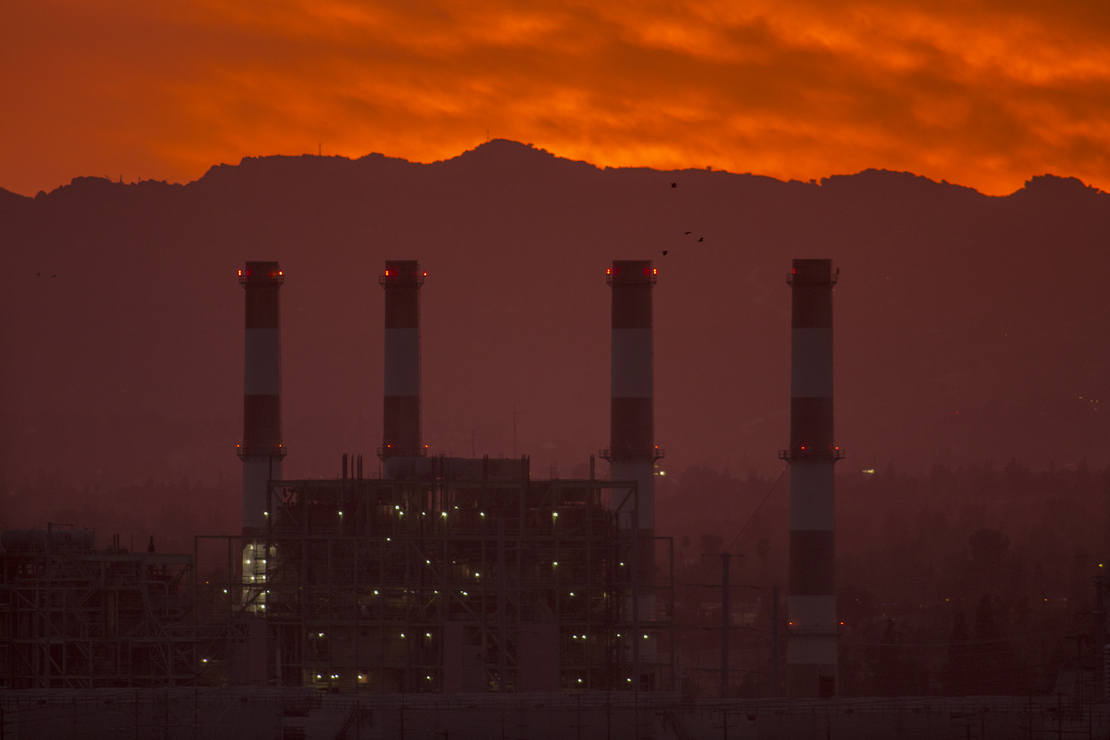 EPA has proposed a new estimate for the social cost of carbon emissions, nearly quadrupling an interim figure that has already drawn legal challenges from a host of Republican-led states.

The metric puts a price tag on the damages created by each metric ton of greenhouse gas emissions. Agencies can then use it as part of their analyses of the costs and benefits of more stringent climate regulation on sources ranging from power plants and automobiles to the oil and gas sector.

The Biden administration has been using the Interagency Working Group’s interim value of $51 per metric ton of CO2. But earlier this month, EPA quietly proposed increasing that number to $190.

“This is a whole new process,” said Hana Vizcarra, a senior attorney at Earthjustice. “It’s definitely a rethinking of how they have done it before.”

EPA made the new metric public before a highly anticipated proposal from the IWG, which includes the agency. The working group, which originally planned to release its proposal in April, streamlines the approach to calculating the metric across the federal government.

The administration’s use of the IWG’s interim social cost of greenhouse gases has been challenged in parallel lawsuits led by Louisiana Attorney General Jeff Landry and Missouri Attorney General Eric Schmitt, both Republicans.

It’s unclear whether the figures released by EPA reflect changes the working group is also considering. In the supplemental document, EPA noted that it was participating in the working group’s work and that the process is ongoing.

EPA spokesperson Taylor Gillespie told E&E News that “EPA’s draft technical report is among the many technical inputs available to the IWG as it continues its work.” She referred further questions to the White House Office of Management and Budget, which declined to comment.

EPA is requesting public comment on the estimate, which it made public when it released strengthened proposed methane standards for the oil and gas sector. The new social cost estimates were not used as part of the analysis of those methane standards, but they were included in a separate 137-page supplemental document dated September 2022.

That document estimates the social cost of carbon as $120, $190 or $340 per metric ton of CO2, using discount rates of 2.5 percent, 2.0 percent and 1.5 percent, respectively. Such rates reflect the weight given to future impacts of climate change. A higher rate means a lower dollar value is assigned to future impacts; a lower rate assigns more value to those future harms. In addition to carbon, EPA also calculates social cost values for methane and nitrous oxide.

EPA follows recommendations from the National Academies in its new “modular” approach to creating those estimates. That approach includes considering the latest research for each of four steps, or modules, of the estimation process: socioeconomics and emissions, climate damages and discounting.

The resulting new values represent a range of possible climate outcomes, and the agency’s changes account for significant advances in modeling climate damages and in economic theory around climate change, said Vizcarra.

The fact that EPA is working on its own estimates makes sense, Vizcarra added. Individual agencies are responsible for incorporating these tools and evaluating how they would be applied in rulemaking. The role of the IWG is to allow agencies to share resources and create a streamlined process so that each agency isn’t trying to recreate the process from scratch.

“I’m not sure what it means for where IWG is, but to see EPA put this out, at least you know that some portion of that working group has been seriously working on this issue,” she said.

EPA has led the way in crafting these types of metrics in the past, said Max Sarinsky, a senior attorney at the Institute for Policy Integrity at New York University.

The agency began working on the social cost of methane and integrated it into some rulemakings before the Interagency Working Group undertook its own work.

“The approaches that EPA took and that of the Interagency Working Group ultimately were consistent with each other — if that’s any indication of what might be happening here,” Sarinsky said.

Agencies are currently using a social cost of carbon value first developed by the Obama administration, adjusted for inflation. Environmental groups and others eager for more stringent climate action have pressed the administration to increase that value, as the Interagency Working Group considers a final metric.

But the federal government has already faced strong opposition from red states on its adoption of the interim value of $51 per metric ton. That figure is far more than the Trump administration, which used a value of just $1 per metric ton, significantly undercutting the estimated benefits of regulating carbon emissions.

Landry and Schmitt, the Republican attorneys general from Louisiana and Missouri, sued after the Biden administration said it would use the higher figure, arguing that Biden lacked the authority to raise the key climate metric under the Constitution.

The offices of the two attorneys general did not return requests for comment on the new agency-specific figures.

The Louisiana effort found success in February, when Judge James Cain Jr. of the U.S. District Court for the Western District of Louisiana blocked use of the metric by issuing an injunction, saying it imposed regulatory costs on the states (Greenwire, Feb. 11).

But a federal appeals court rejected that decision, and the Biden administration has scored additional victories in court defending the current interim metric of $51 per metric ton.

In March, the 5th U.S. Circuit Court of Appeals overturned the ban, ruling that the red states had raised “merely hypothetical” arguments to show that they face immediate harm from the Biden administration’s use of the climate metric. Landry’s attempts to reverse the ruling at the Supreme Court failed to gain traction later that spring (Climatewire, May 27).

However, the case is not yet fully resolved. The appeals court will hear oral arguments on the substance of the Landry-led challenge on Dec. 7.

Last month, the 8th U.S. Circuit Court of Appeals also found that Schmitt had failed to show “actual injury” from the administration’s use of the social cost of greenhouse gases (Greenwire, Oct. 21).

The new EPA figure is unlikely to immediately affect regulations or any of the litigation since it has not yet been finalized, said Dan Farber, co-director of the Center for Law, Energy & the Environment at the University of California, Berkeley.

But Farber added that the new figure could be “indirectly helpful in litigation because it contains a more detailed analysis of the reasons for looking at global damages, which was the biggest difference between the Obama estimates and Trump’s [which only included direct climate impacts in U.S. territory].”

EPA’s draft proposal drew some early praise from organizations that have been pushing for the federal government to reform its approach to putting a price on climate harm.

Steven Rose, a senior research economist at the Electric Power Research Institute (EPRI), said he was pleased to see EPA take the National Academy of Sciences recommendation to move to a modular approach to calculating the social cost of greenhouse gas emissions, rather than relying on the preexisting models used for the current interim values. Rose was a member of the NAS committee focused on updating the social cost of carbon.

The modular approach “allows you to develop each of the pieces appropriately with respect to the science for each of these modules,” he said. For example, those developing the model can focus just on socioeconomic projections and emissions, or just on climate response, and then dive deep into the scientific literature on those topics, according to Rose.

“You’re able to engage with experts in those areas to make sure that you’re properly representing the dynamics and uncertainties in those spaces,” Rose said.

But he said it was hard to evaluate EPA’s specific estimates — using values like $51 per metric ton versus $190 — without looking more closely at the underlying data.

In a recent blog post on EPA’s proposal, think tank Resources for the Future also praised the changes the agency made to its calculations.

The difference between the current interim figures and EPA’s proposal seems to be mainly driven by a change in the discount rates used; EPA used a median rate of 2 percent, rather than 3 percent. But the updates to “damage functions, climate model, socioeconomics and pricing of risk also increased the value of the SCC by about one-third,” according to RFF fellow Kevin Rennert and Brian Prest, director of RFF’s Social Cost of Carbon Initiative.

ClearView Energy Partners said in a client note that it views the new estimate — along with EPA’s new proposal to crack down on emissions of oil and gas methane — as the “start of a post-election green pivot by the Biden administration.”

ClearView said the numbers represent a “significant upward revision” from the interim values the Interagency Working Group issued in February 2021 in response to a presidential executive order.

ClearView noted that the new numbers align with a September estimate from Resources for the Future, which pegged the cost at $185 per metric ton of CO2 at a 2 percent discount rate.

The new estimate, it said, does “not merely set the stage for tighter oil and gas methane regulation” but could also apply to other emissions sources “subject to rulemaking under the Clean Air Act (CAA), including vehicle tailpipe emissions standards and stationary sources such as electric power and refineries.”

EPA’s proposal will now have to undergo an independent peer-review process that should solicit opinions from experts from a range of scientific disciplines that delves into the scientific reliability of the agency’s methodology, Rose said. He also noted the importance of having public engagement on the proposal.

“Now it’s just really important that we go forward in a way that will give the public confidence in what’s being produced,” said Rose.