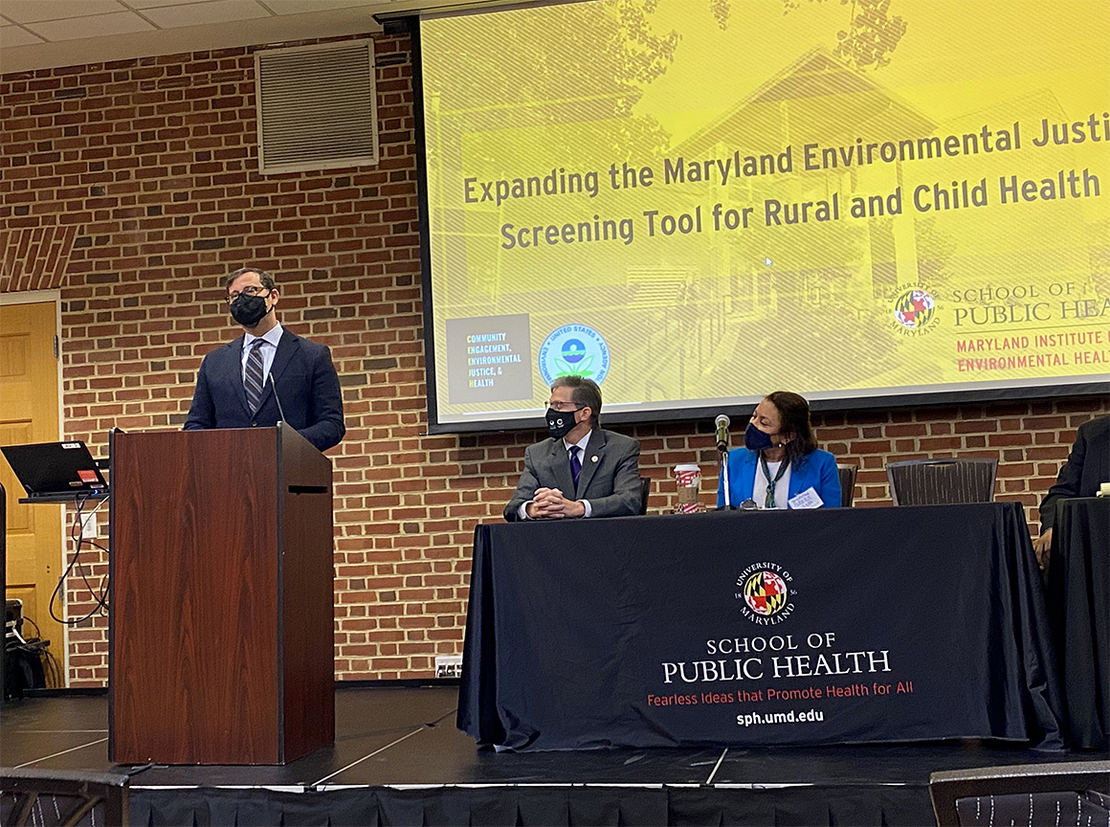 EPA today announced a grant for University of Maryland researchers to build out an environmental justice screening tool — software that will be critical for the Biden administration to prioritize communities overburdened by environmental hazards.

“Data and math are representative of our community,” Adam Ortiz, the new EPA Region 3 administrator, said in his first public appearance at the university’s student union building. “It’s a way to see the whole community.

He added: “You can’t see what their hopes and dreams are, but you have a little visibility into all corners of our state and our region.”

The $100,000 grant comes as a sense of urgency grows around the Biden administration’s plans to weave environmental justice objectives into federal programs. The White House is working on its own climate and economic justice screening tool. That process is four months behind schedule, but the Council on Environmental Quality said today an update will be announced in the near future.

“We are currently running methodologies on the definition of disadvantaged communities in the hopes of standing up a beta — or Phase 1 version — of the tool in the next few weeks,” a CEQ spokesperson said. “This beta version will be based on publicly available, nationally consistent, up-to-date and high-quality data, and will be updated based on feedback from the public.”

The delay has created anxieties among some environmental justice activists who fear federal dollars for infrastructure could be misused (Greenwire, Nov. 2).

Researchers and activists at the local level are working to make sure that doesn’t happen.

The new features of the university tool will add data about children’s health as well as indicators such as water quality for rural communities. Currently the only child-related indicator is the age of children, Wilson said, and doesn’t include other factors like economic or education status.

“We believe by filling these gaps we will be able to now address these issues in Maryland, and we want this tool to be a model for Region 3,” Wilson said. “We want to be able to assist other states.”

The speakers also touched on considerable challenges facing the Biden administration as it seeks to fulfill a key campaign promise. Its Justice40 program aims to invest 40 percent of climate-related funding in marginalized communities, and 20 federal agencies are in the process of creating plans. But questions remain about exactly where the money will go and how it will be spent, causing some to fear gentrification.

Wilson said they hope to make the tool more “community-friendly,” a suggestion that prompted a laugh from veteran EPA career official Samantha Beers. “I am really curious to see where you end up, Dr. Wilson, on the ‘community-friendly’ aspect, because as someone who has been working on EJ screens since 2003, it is not friendly.”