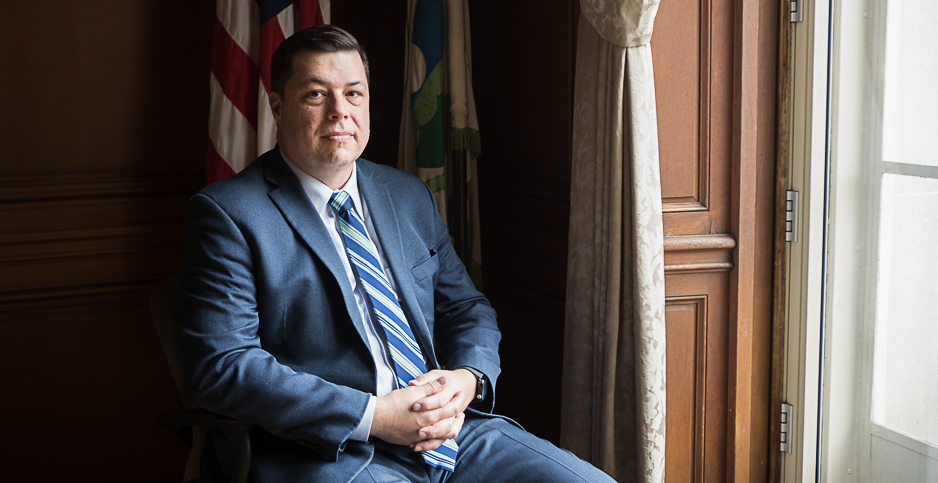 EPA’s internal watchdog is planning aggressive oversight for the billions of infrastructure funds flowing into the agency, warning fraud could follow the influx of cash.

EPA Inspector General Sean O’Donnell — facing his own major budget boost — told reporters last Friday that he worried about the gobs of money coming into the agency. EPA will receive about $60 billion under the recently passed infrastructure law for helping to rebuild water infrastructure, clean up toxic waste sites and provide electric school buses, among other goals.

The bulk of that funding will go into state and tribal grants managed by EPA. Money will also flow into agency accounts for environmental management and the Superfund program. O’Donnell sees the ramp-up in cash as ripe for crime.

"Trying to get money out too fast is a recipe for fraud," O’Donnell said.

The IG office has warned EPA its grant management process needs to improve. The agency can give out money but has trouble tracking it, the IG said.

The watchdog office will also take in substantial funding under the infrastructure law. The EPA Office of Inspector General will receive roughly $270 million from the act, which the office plans to spend over a 10-year period. That sum is almost five times the IG’s current annual budget.

Consequently, the IG office wants to hire more than 120 additional full-time employees with the increased funding from the infrastructure law, adding about 40 percent more staff.

"It will require a lot of planning, but I think we’re up for it," O’Donnell said.

Earlier this week, the IG office released an oversight plan laying out its planned audits and reviews over the coming fiscal year (E&E News PM, Dec. 14). The watchdog also plans to release a separate oversight plan just focusing on EPA and the infrastructure law but couldn’t say when that plan will be released.

The IG’s staff has also been meeting several times a week to discuss their planning to oversee infrastructure funds.

"We are trying to do as little building the plane when it’s flying as possible," O’Donnell said.

O’Donnell, who was sworn in as EPA IG in January 2020, has also been serving as acting IG for the Defense Department since April of that year. He said he brought over planning tools from the Pentagon to EPA to help with oversight work.

Tensions with the agency

He noted how former Administrator Andrew Wheeler responded to a critical IG report on EPA’s handling of ethylene oxide, issuing a press release demanding the report be rescinded. That tone from leadership can be mimicked by lower-level staff, where the IG needs cooperation to conduct audits and investigations.

O’Donnell also pointed to a Trump EPA memo, which has since been pulled back by the Biden administration, that undermined the IG’s authority (Greenwire, Sept. 27).

"Again, destructive to our relationship," O’Donnell said, referring to the memo targeting the watchdog office’s power.

Wheeler didn’t respond to a request for comment from E&E News for this story.

There is still friction over EPA’s work on ethylene oxide, a cancer-causing compound used to sterilize medical equipment. O’Donnell has pressed the agency to warn communities near plants emitting the chemical of the health risks.

EPA has undertaken a series of virtual public meetings geared to Texas and Louisiana communities for outreach on ethylene oxide (Greenwire, Aug. 13). But while the IG’s office is aware of the meetings, O’Donnell said last week, it has heard nothing directly from EPA about addressing his earlier report’s recommendations.

Upon raising the issue in a recent meeting with current Administrator Michael Regan, Regan said EPA would get back to the IG on its progress, according to O’Donnell.

Under the Biden administration, there is also disagreement over how far the agency should go in reviewing industrial emission limits to factor in a 2016 finding that ethylene oxide is much more carcinogenic than previously thought.

The IG office has recommended a "residual risk review" of the standards for commercial sterilization operations. EPA is instead pursuing only a more limited assessment, according to a memo from acting air chief Joe Goffman this summer (Greenwire, Aug. 9).

O’Donnell said he did not know EPA’s plans on the watchdog’s recommendation to conduct such a review.