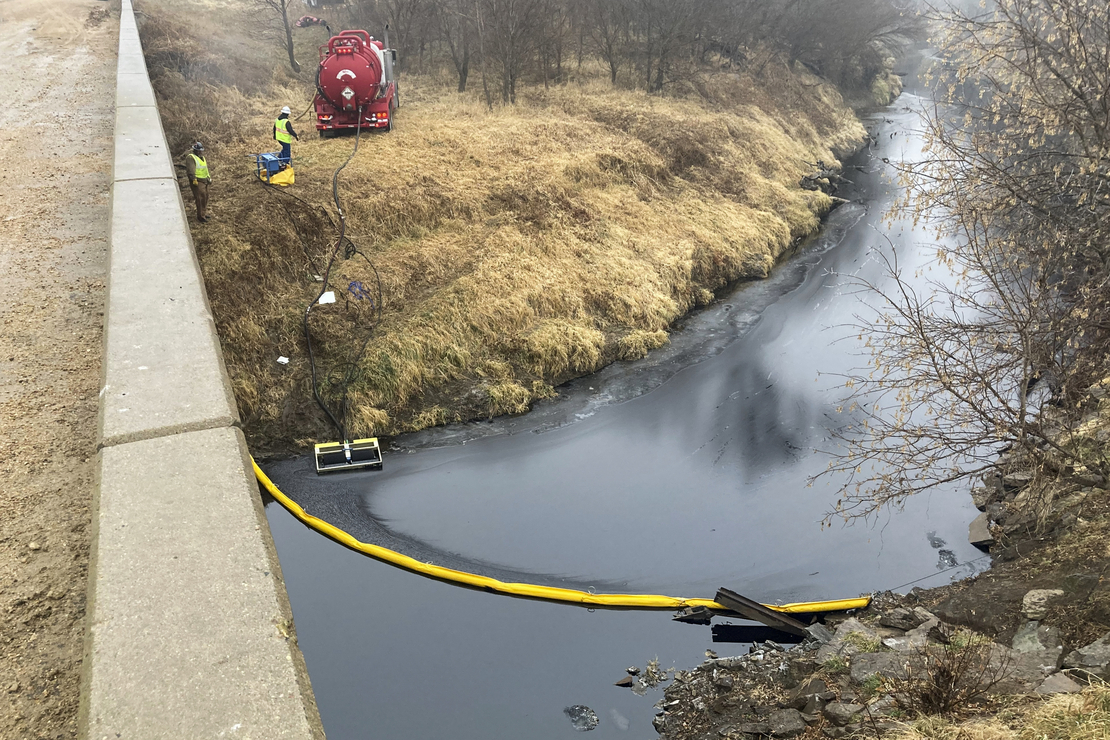 A remediation company deploys a boom on the surface of an oil spill after a rupture of the Keystone pipeline in Washington County, Kan. Kyle Bauer/KCLY/KFRM Radio/Associated Press

EPA and the owner of the Keystone pipeline have signed a legally binding deal to clean up a swath of a Kansas creek where hundreds of thousands of gallons of heavy crude leaked last month.

EPA and TC Energy Corp. signed a consent order that lays out the steps the company must take to clean up the creek to meet federal Clean Water Act standards. The pipeline leak violated the federal law and created “an imminent and substantial threat to human health and the environment,” according to EPA’s news release Monday.

The order, however, does not contain financial penalties. Curtis Carey, a spokesperson for EPA’s Region 7 Office, said the agency will review all enforcement options moving forward.

As of Monday, TC Energy’s website said nearly 12,000 barrels of oil have been recovered.

Congressional leaders in both chambers have since demanded answers from TC Energy, pointing to past spills that have plagued communities and waterways along the pipeline’s route (Greenwire, Dec. 20, 2022).

The consent order arrives as cleanup continues. According to EPA, the company as of Sunday had recovered 860,000 gallons of an oil and water mixture. The agency did not have an estimate for how much more needed to be cleaned up.

Carey said the company has also installed a system of large hoses to divert clean upstream water flowing through the creek around the affected area.

“We appreciate the EPA’s willingness to work cooperatively on a mutually beneficial agreement that outlines our expectations for the ongoing recovery and remediation efforts,” a TC Energy spokesperson said in an email Monday.