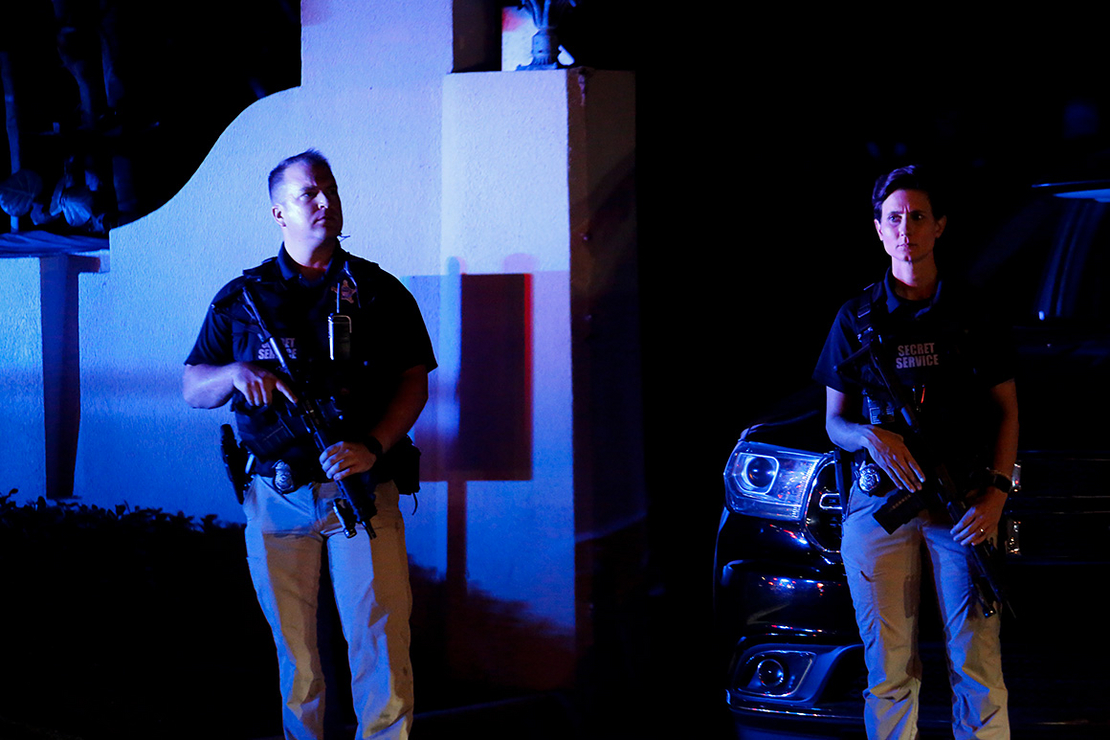 Use eye contact. Keep a slow, controlled voice. And remember, you can always call 911.

Those are some of the tips EPA has shared with enforcement staff as they look to catch polluters and monitor industrial facilities, waste sites and water systems in a world that has grown more dangerous for law enforcement of all kinds. Since the FBI’s search of former President Donald Trump’s Mar-a-Lago resort to recover sensitive government records, threats have been on the rise against federal agents as the former president repeatedly denigrates the agencies behind his legal troubles.

As a result, EPA has cautioned its enforcement employees to keep their heads on a swivel when in the field. In an email obtained by E&E News, Larry Starfield, the acting head of EPA’s Office of Enforcement and Compliance Assurance, noted an attempted breach of the FBI’s Cincinnati office that left the suspect, reportedly a Trump supporter, shot dead.

“In light of recent events surrounding the attack on a FBI field station, it is imperative that all government employees stay vigilant in our efforts to keep ourselves safe,” Starfield said in the email sent last month.

He added, “We recognize that field staff, such as inspectors, may sometimes be subject to greater risk due to the nature of their work, physically being out of the office and interacting with the public. We want to do what we can to try to keep these field staff safe.”

Starfield shared with his email a tipsheet for EPA’s inspectors on how to stay safe, which included some of the advice described above.

“It is a good reminder on how to avoid potential dangers and de-escalate potentially dangerous situations,” he said.

Starfield also said the enforcement office will be discussing ideas for “additional measures” to keep EPA’s field staff from “potential external threats.” He asked employees to reach out if they had any thoughts for the effort.

Some staff at the agency are worried over how inspectors, who often travel alone and unarmed, will be received in the field going forward. One EPA compliance officer who was granted anonymity to speak candidly about the agency’s internal operations said they have seen colleagues blocked from accessing permitted sites.

“We have seen people denied entry. We have seen a lack of respect for our inspectors who are legally obligated to be there,” the compliance officer said. “We tell our people to turn around. Your safety is most important. Get back in your car and call our attorney.”

That tension has been climbing in recent weeks, the compliance officer added.

“There has been an increase in the disdain and disrespect for our enforcement staff out in the field,” they said. “It has been increasing for the last several years, but it has markedly increased in the last month.”

Fred Burnside, a former director of EPA’s criminal enforcement office, said in the past, public anger was directed toward specific agencies after they grabbed negative headlines, but now that has spread to federal law enforcement in general.

“I think that can bleed over to officer safety over at EPA,” said Burnside, now the managing member of Burnside Environmental Group, a consulting firm staffed by former EPA technical experts and investigators.

He added, “As a supervisor, I would be concerned about my agents if they were going out and knocking on doors right now. I would try to make sure they were safe.”

David McLeod, a former EPA special agent in charge of the Region 3 office, expressed worry over the agency’s civil enforcement program inspectors. EPA’s special agents, who handle criminal enforcement, typically arrive on scene with a search warrant alongside several agents with multiple firearms while being assisted by other federal agencies and local police, he said.

“The civil inspectors are on the front lines, and that is who I would expect to have the greater threats,” said McLeod, now a consultant with his own firm. He added they are visiting facilities either announced or unannounced to check for compliance.

In response to questions, EPA spokesperson Nancy Grantham said the health and safety of employees is the agency’s “first and foremost concern.” She noted EPA’s civil inspectors have “a lot of training and experience,” but regulated entities can be “challenging or threatening in some limited situations beyond an inspector’s control.”

“As has always been true, if an employee, EPA agent, or inspector finds themselves in a situation where they do not feel safe, they must leave the facility immediately,” Grantham said.

Further, she said, “In a situation where EPA employees or inspectors leave a facility before completing their work, EPA can take other measures and use its other legal authorities and tools to engage with the regulated entity while maintaining the safety for our employees.”

In addition, Grantham shared information that educates the public for interacting with EPA staff during their compliance work.

‘Not a good environment’ for enforcement

Since the FBI searched his Palm Beach, Fla., home, Trump has mounted a public campaign against law enforcement. The former president, who is expected to run for the White House again, has used social media and political rallies to unleash attacks on those federal agencies.

“The FBI and the Justice Department have become vicious monsters, controlled by radical left scoundrels, lawyers and the media who tell them what to do — you people right there — and when to do it,” Trump said at a campaign rally in Pennsylvania earlier this month, greeted by boos from the crowd. “They are trying to silence me, and more importantly, they are trying to silence you, but we will not be silenced, right?”

Eric Schaeffer, formerly director of EPA’s Office of Civil Enforcement, said, “There are no words for Trump.”

“Nothing he says is ever helpful. This is particularly noxious and self-serving. He does seem to have supporters who take him literally,” Schaeffer, now executive director of the Environmental Integrity Project, said. “Not a good environment if you’re out there trying to carry out your mission, which is enforcement.”

Just like Trump has done with the FBI, other elected officials have gone after EPA in the past.

The agency’s 2013 raid on a small mining community in Chicken, Alaska, led to lawmakers offering legislation to confiscate EPA’s guns. Images and videos obtained by E&E News under the Freedom of Information Act show a more balanced picture of the action, with agents in tactical gear but often smiling with their colleagues (Greenwire, April 22, 2015).

Smaller law enforcement agencies can attract threats, too. Several former EPA special agents recalled the tale of Larkin Baggett, who pointed an assault rifle at approaching EPA agents and local police (Greenwire, Jan. 29, 2015). Officers opened fire, and Baggett, then a wanted EPA fugitive, was wounded. In 2009, he was sentenced to 20 years in prison.

Doug Parker, a former director of EPA’s Criminal Investigation Division, said EPA can get wrapped up with other agencies dealing with unwanted attention.

Threats happen at EPA, although not that often, ex-agents recall.

Burnside remembered a case he worked where a suspect took a revolver out of a weapons case and put it on the desk in front of him during an interview. Yet the former EPA agent never had to use his own gun.

“The closest I have come to firing a weapon was a dog attack,” Burnside said.

Asked what EPA can do to mitigate threats, former agency officials said its enforcement corps could have better communication with other law enforcement agencies, offer more training and place more agents in the field.

EPA is pushing for more funds to expand its enforcement staff. The agency’s fiscal 2023 budget justification requests an additional $10.1 million and about 33 full-time employees to support its criminal program, working toward having 200 special agents as required by the Pollution Prosecution Act.

As of Sept. 1, EPA has 155 Criminal Investigation Division agents, according to Grantham, the agency spokesperson.

EPA’s enforcement office still lacks political leadership under the Biden administration. First nominated more than a year ago, David Uhlmann has not been confirmed yet to lead the program.

In addition, EPA’s enforcement figures have been in a downward slide. Earlier this year, an Environmental Integrity Project analysis showed the agency’s recent inspections, criminal investigations and prosecutions were substantially down from annual averages (Greenwire, Feb. 25).

“EPA expects these metrics will improve in the coming years,” Grantham with EPA said. She cited several reasons, including Inflation Reduction Act funding for more staffing as well as pandemic and budget travel restrictions being lifted as special agents build relationships with others in law enforcement.

Nevertheless, the EPA compliance officer believes enforcement will remain tough for the agency, given the current political climate.

“Truthfully, when your senator doesn’t answer a subpoena, why should they?” the officer said. “When the leaders of your country don’t produce documents, why should they be responsive to an information request letter?”