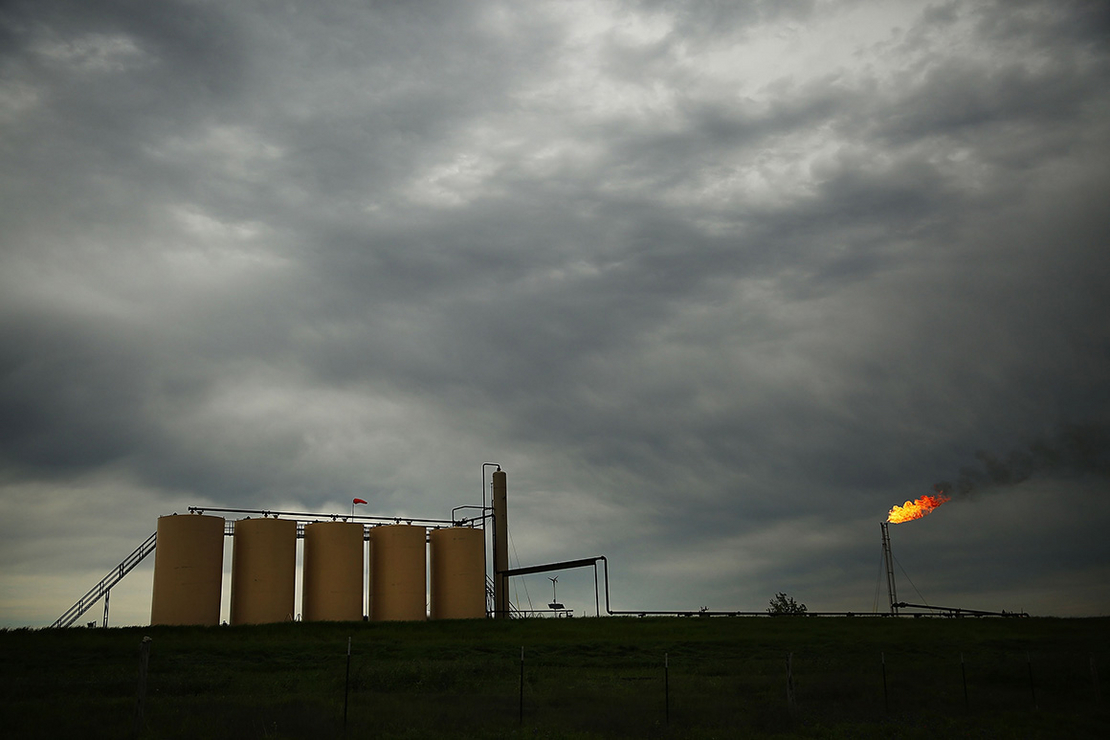 Natural gas is flared off at a plant outside the town of Cuero, Texas. EPA plans to investigate civil rights concerns tied to concrete batch plant permits. Spencer Platt/Getty Images

In a statement today, EPA said its External Civil Rights Compliance Office — also known as ECRCO — would accept the complaints against the Texas Commission on Environmental Quality for investigation. A TCEQ spokesperson said he was aware of the EPA announcement but had no comment.

Specifically, EPA will probe TCEQ’s criteria for its permitting process for concrete batch plants in Harris County, Texas, including whether it discriminated on the basis of race or national origin in violation of Title VI of the Civil Rights Act. The agency will also look into whether the state agency blocked public participation from people who speak limited English.

Some of the allegations were outlined in petitions earlier this year by a coalition of legal advocacy groups and environmental watchdogs. The group alleged that state regulators allowed industry to keep emissions and other data confidential during the public comment period on a permit application. That action could illegally curb judicial review of permits of concrete plants that pollute areas nearby, which are Black communities and other communities of color (Greenwire, June 28).

Since they are “substantially similar,” EPA said it would investigate the matters at the same time.

“Acceptance of a complaint for investigation in no way amounts to a decision on the merits,” EPA said in a statement. “Rather, it means the complaint has met the jurisdictional criteria.”

The civil rights office will “meet with recipients and complainants promptly to discuss resolution,” the agency added.

EPA has said it is taking a more aggressive stance to civil rights investigations, after historically rejecting many complaints (Greenwire, Dec. 14, 2021).