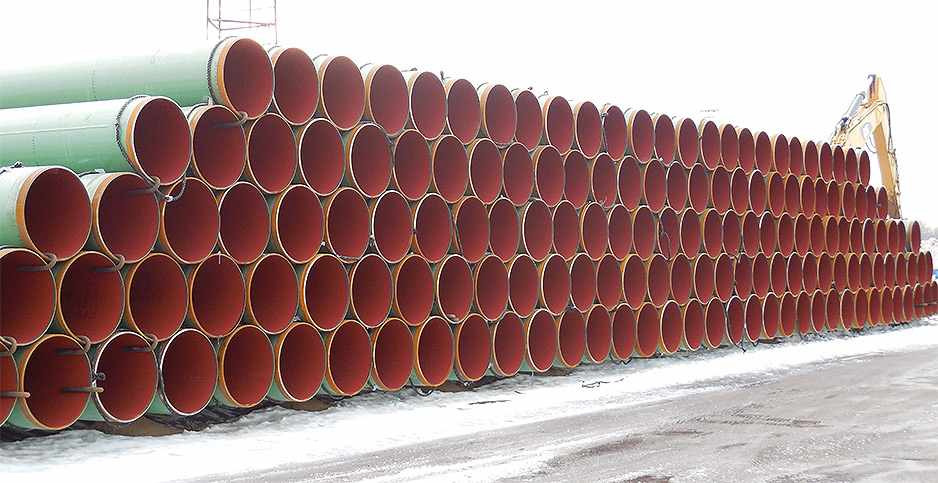 EPA is expected to sign a rule today that applies to permitting of energy projects. Constitution Pipeline Co.

The Trump administration today will unveil a final rule that limits states’ ability to block energy projects under the Clean Water Act.

EPA Administrator Andrew Wheeler plans to sign a rule restricting the scope of state reviews — excluding issues like climate and air pollution — under Section 401 of the landmark environmental law, according to an EPA official.

It would also set a one-year deadline for states to take final actions on a permit request under the Clean Water Act.

At issue is a section of the federal environmental law that gives states the right to "certify" that projects requiring permits comply with federal law and state water quality standards.

Narrowing the scope of that process has long been a Republican goal on Capitol Hill, fueled by the refusal of states like New York and Washington to permit high-profile pipelines and coal terminals in recent years.

EPA’s rulemaking was spurred by an executive order President Trump signed last year. The president at the time bemoaned states’ ability to withhold energy projects over long periods of time, blaming the process for pushing up energy prices in states like New York (Energywire, April 11, 2019).

"You know about delays, where it takes you 20 years to get a permit," Trump told an audience in Crosby, Texas, when he signed the order. "Those days are gone. Now, you may not get it at all, but it’s going to be quick."

The EPA rule, which sources expect to largely reflect a proposal the agency released in August formally known as "Updating Regulations on Water Quality Certification," will likely fuel ongoing fights with the Trump administration over energy infrastructure in states like New York and Washington and make for tricky legal footing.

But the rulemaking is also seen as a boon for the hydropower sector, which has said that state reviews cause some of the biggest delays in the relicensing and permitting process for both preexisting and new facilities.

Now, other agencies such as the Federal Energy Regulatory Commission and the Army Corp of Engineers have three months to finalize similar guidance.

Conservation groups have skewered EPA’s move while the oil and gas sector has pushed EPA to provide more certainty in permitting and rein in states they argue are using the Clean Water Act to block new projects.

Jim Murphy, director of legal advocacy for the National Wildlife Federation, said in a statement on Friday that Section 401 of the Clean Water Act gives states and tribes the right to certify that a federally licensed or permitted project meets state water quality standards. The administration’s new rule, on the other hand, would allow federal agencies to overturn state decisions and "dramatically" constrict the scope of reviews states and tribes can conduct, he said.

"This latest rule undercuts states’ and tribes’ abilities to protect their communities from harmful projects — such as dams, pipelines and mines — that can harm rivers, streams and drinking water," Murphy said. "This rollback is in direct conflict with the Clean Water Act and is the latest action in a larger effort to strip away our nation’s long-standing clean water protections."

The American Petroleum Institute has countered that states are exceeding their authority under the Clean Water Act to block energy projects, including the $1 billion Northeast Supply Enhancement pipeline project.

Mark Green, a blogger for API, argued in a March 28 article that the New York State Department of Environmental Conservation’s decision to nix the permit "pretty clearly acted outside state’s jurisdiction under" the Clean Water Act, despite Cuomo’s call for beefed-up infrastructure to boost the economy.