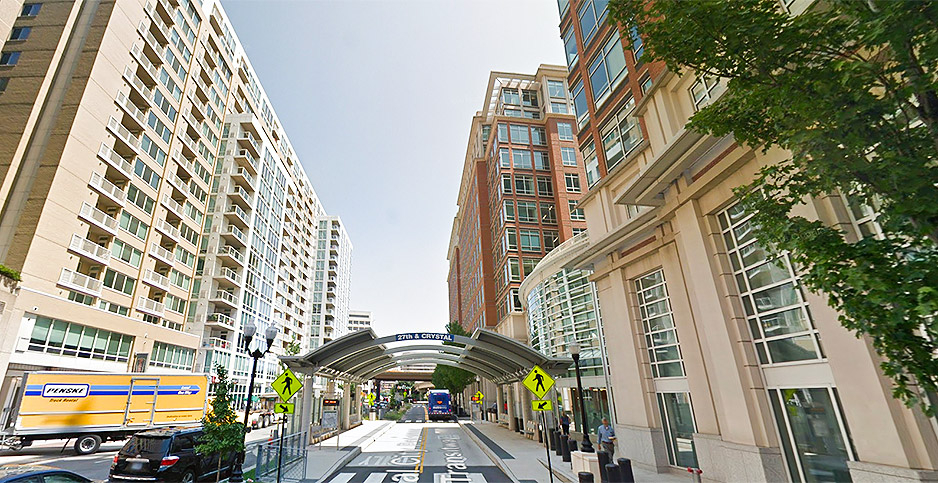 EPA is planning to close its Arlington, Va., office and shift hundreds of its employees into its sprawling headquarters in Washington’s Federal Triangle.

With Arlington’s Potomac Yard One lease expiring in March 2021, the agency will consolidate its operations there into the agency’s main headquarters, known as the William Jefferson Clinton complex. Roughly 1,200 EPA employees will move as part of the process.

The move will save EPA millions of dollars in annual rent costs, an agency spokeswoman told E&E News.

"Facing budget constraints during the past few years, the agency has tried to reduce impacts on its programs by using rent savings to absorb appropriations cuts," said the EPA spokeswoman.

"The lease for [Potomac Yard South] expires in March 2021 and by not renewing it, the agency can expect to attain approximately $12.7 million in rent savings annually," she said.

The agency spokeswoman said the Office of Management and Budget and the General Services Administration have directed agencies to evaluate their property. Later this year, EPA must report on how it intends to reduce its space, rent and "wherever feasible, relocate employees from leased space into available federally owned space," she said.

The GSA’s congressional justification for its fiscal 2021 budget request described EPA’s shift of staff to its Washington headquarters complex.

"As part of an ongoing effort to optimize the utilization of the Clinton Complex and enable lease cost avoidance, the Complex density is expected to increase by approximately 1,200 employees once EPA operations located in 1 Potomac Yard consolidate into the Clinton Complex beginning in March 2021," GSA’s budget request said.

That was part of the agency’s request for close to $48.7 million to help repair the William Jefferson Clinton complex. Specifically, GSA would use the funds to improve 48 elevators and one wheelchair lift.

"The current systems are not in compliance with code and safety standards, have exceeded their useful lives, and are difficult to maintain with some equipment dating back to the original construction and component parts are no longer manufactured," GSA said.

GSA also said there are five service calls on average per month, and there are two elevators out of commission in the complex.

EPA’s congressional justification also said the Potomac Yard One building will reduce the agency "space footprint" by 264,935 square feet. In addition, the budget document noted "continued headquarters consolidation work … will lead to the closure of the Potomac Yards campus by FY 2021."

EPA’s website says staff from the Office of Research and Development, Office of Land and Emergency Management, and Office of Chemical Safety and Pollution Prevention are located in the Potomac Yard One building. The EPA spokeswoman said "all [assistant administratorships] are affected" by the move.

Union officials said EPA employees are concerned about how the move will affect their work lives.

"Employees are concerned that the move will add cost to their commute, negatively impact their work schedules, shrink cubicle size and potentially increase the possibility of health and safety issues that weren’t present at the Potomac Yard location," said Nate James, president of American Federation of Government Employees Local 3331, which also represents EPA headquarters employees.

"These are a few of the concerns raised by employees," he said.

Al-Mudallal said his union members have expressed similar sentiments, which his union is trying to raise with management at the agency.

The expected closure of the Northern Virginia office is yet another step by the Trump administration’s EPA to cut back on its real estate.

The agency has moved to close a finance center and its research operations in the Las Vegas area.

In addition, the agency has also sought to consolidate several of its laboratories across the country, which has come under review by the inspector general’s office (E&E News PM, Oct. 16, 2019).

EPA also told staff last year that it would relocate employees from its Region 6 lab in Houston to a facility in Ada, Okla. Budget documents released last week say that move, which has come under scrutiny from Houston-area Democrats on Capitol Hill, would save the agency $1.8 million in lease and facility expenses per year and reduce lab space by roughly 41,000 square feet.