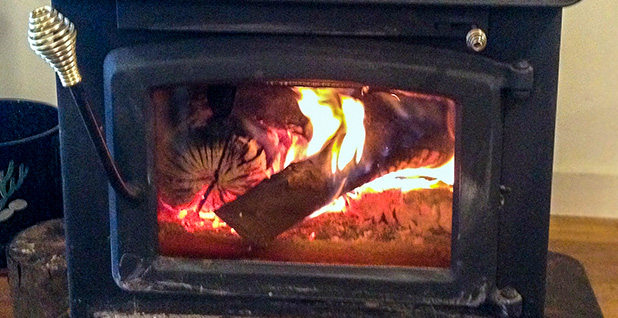 In a draft rule released after normal business hours Friday, EPA proposed letting retailers sell new stoves and other wood-fired home heating systems that don’t meet the tighter emission limits through the end of November to make up for the economic disruption stemming from the COVID-19 crisis.

"More than 90 percent of manufacturers and retailers of wood heaters are small businesses, many of which have experienced significant losses in retail sales," EPA Administrator Andrew Wheeler said in a statement Friday. "This action will provide economic relief to these employers as America begins to reopen its businesses."

But under the original two-stage compliance schedule set by EPA in 2015, the sale of wood-fired heating appliances that only meet the earlier "Step 1" standards is now technically illegal until the new proposal is made final, a process likely to take months. Accordingly, the draft rule contains a caveat stating that EPA will meanwhile make enforcement of the final Step 2 emission limits that took effect Saturday a low priority.

In an email this morning, former acting EPA air chief Janet McCabe could not immediately name a similar precedent. "It signals that they are planning to act like the extension is in effect even though the rule has not yet been changed," said McCabe, who headed the air office when the tighter Obama-era limits were issued in 2015.

The proposed "sell-through" extension would apply only to stoves and other products made or imported before Saturday. But McCabe also questioned EPA’s decision to proceed with the extension without either providing data on the economic damage to the industry because of the COVID-19 outbreak or examining the potential harm to public health by allowing the continued sale of dirtier-burning appliances for about another six months.

EPA "appears to be prioritizing undocumented assertions of economic harm above expected, but unexamined, public health impacts," she said.

Even an industry trade group had previously expressed doubt about the potential benefits of a temporary waiver at this point.

Shortly before the proposed rule was made public last week, the Hearth, Patio & Barbecue Association urged members to reap a tax deduction by simply giving away Step 1 appliances (E&E News PM, May 15).

In a Friday statement following the proposal’s release, however, the association welcomed it nonetheless.

As the viral disease spread across the country, "retailers were forced to change all planned sales and promotions to sell their remaining Step 1 appliances due to forced closures, stay-at-home orders, and significantly reduced store traffic," the trade group said. "This sell-through will provide critical support to these small businesses without costing U.S. taxpayers any money."

As evidence of the need for the planned sell-through, the EPA proposal mainly relies on a March letter from association President and CEO Jack Goldman asking Wheeler for an "emergency extension."

In the letter, Goldman cited an internal survey showing that retailers expected to be saddled with almost $4 million in unsold "stranded" inventory without a sell-through period.

"In addition, some of our members supply major home center chains, and report that over $10 million worth of product will not sell in time and must be repurchased," he wrote.

Wood stoves and other wood-fired heating appliances are major sources of particulate pollution linked to a variety of health problems, including a higher risk of premature death in some circumstance.

The tighter 2015 emission limits were the first update to those standards in more than a quarter century; the Hearth, Patio & Barbecue Association then spent years unsuccessfully lobbying for a blanket extension to the final compliance deadline that took effect Saturday.

Early last month, however, EPA determined that the industry had not made a case for either an extension or a sell-through period.

The agency’s surprise reversal differs slightly from what some observers had previously predicted, given that the proposed sell-through would run all the way through November, as opposed to encompassing only the months of October and November, which is typically a prime sales period for the stove industry.

Sen. Tom Carper (D-Del.), the ranking member on the Senate Environment and Public Works Committee, had previously questioned EPA’s plans in a letter to Wheeler this month (Greenwire, May 11).

In a statement this afternoon, Carper accused EPA of using a "deadly respiratory pandemic" as a pretext for allowing the sale of older wood-burning devices whose emissions are linked to asthma, cancer and other health problems.

"EPA owes the American people an explanation, and I intend to ask EPA Administrator Wheeler for one later this week," Carper said.

At the Alliance for Green Heat, an advocacy group that backs the 2015 standards, President John Ackerly foresaw only a limited impact from the proposal. Most of the potential problems stemming from the planned sell-through extension were avoided by EPA’s decision to release the draft rule after the close of business Friday, Ackerly said in an interview and email exchange today.

Had the proposed rule been released even a day earlier, manufacturers, distributors and retailers could have held back or beefed up their inventories of products that don’t meet the final Step 2 standards, he said.

Instead, he said, "everyone had incentives to sell off, or give away everything they had right down to the last hour."

The proposed rule will carry a 45-day public comment period when published in the Federal Register. A virtual public hearing will be held if requested.