EPA picks up the pace on rulemakings as deadline looms 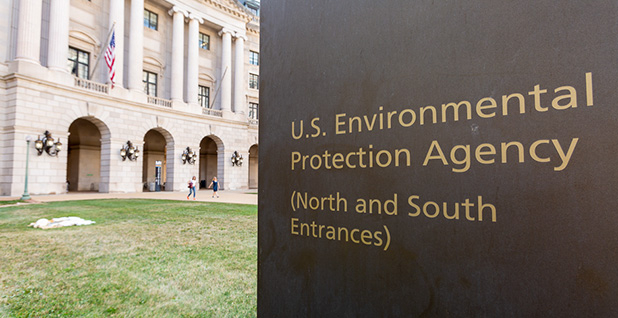 EPA is charging ahead on far-reaching rulemakings, even though the White House had ordered agency chiefs to prioritize the pandemic response.

The White House Office of Information and Regulatory Affairs is working on some high-stakes environmental and public health regulations — possibly to beat a May deadline that could prevent Democrats from using the Congressional Review Act to kill the Trump administration’s efforts should they retake the Senate after November’s elections.

Critics complain the administration is effectively weakening the Clean Air Act at a time when the rapid spread of a respiratory illness, COVID-19, has infected and killed thousands in the United States and around the world.

"These moves show that EPA and OIRA are more interested in putting the finishing touches on their regulatory rollbacks instead of focusing all of their time and attention only on dealing with the impacts of the pandemic as they should," Public Citizen’s Amit Narang said.

OIRA completed its review Friday of a rule on fine particulate matter, or PM2.5, which is connected to respiratory and cardiovascular complications. The office then abruptly canceled teleconferences with public health and environmental groups that were scheduled for this week. The groups — Environmental Law & Policy Center and Moms Clean Air Force — both received emails Saturday at 2 a.m. canceling the meetings (see related story).

This approach has been a pattern at the Trump White House and fits into their critics’ narrative about political appointees weaponizing the regulatory process (Greenwire, Nov. 8, 2019).

Also Friday, EPA sent two rules to OIRA for review, including a significant one on how the agency calculates the costs of regulating pollutants against the benefits of environmental and public health protections.

EPA Administrator Andrew Wheeler had initially proposed a blanket approach on revising how cost-benefit analysis is calculated at the agency — something industry had long sought. But last year he changed course and decided to take a statute-by-statute approach.

First up is the Clean Air Act.

The other rule sent to OIRA on Friday was an interim final regulation that applies to quality assurances for power plant emissions monitoring "during national emergencies."

EPA spokeswoman Corry Schiermeyer said the "interim final rule" would be made public after OIRA finishes its review.

"It would not suspend the requirement to report emissions data to EPA or to comply with applicable emissions limitations," the agency said.

According to a person familiar with the matter, the interim policy would apply to quality assurances for "stack tests" that track pollutant releases under the acid rain and Cross-State Air Pollution Rule update programs.

Some states require their staff to personally witness those tests. In a recent post on an official blog, however, EPA employees said they had been fielding questions from utilities, state air agencies and stack-testing companies on possible restrictions on quality assurance work "in light of shelter-in-place directives and social distancing advice" that may keep regulators and contractors out of power plants for the time being.

The rule would temporarily waive such quality assurance requirements at plants that voice concerns on that score, according to the source. Emissions monitoring, however, would continue.

Environmentalists have criticized EPA’s March 26 discretion policy that may not penalize companies for failing to comply with enforcement amid the pandemic. The policy has no end date.

Wheeler is also pushing to complete a fast-track review of the agency’s air quality standards for ozone by later this year (see related story).