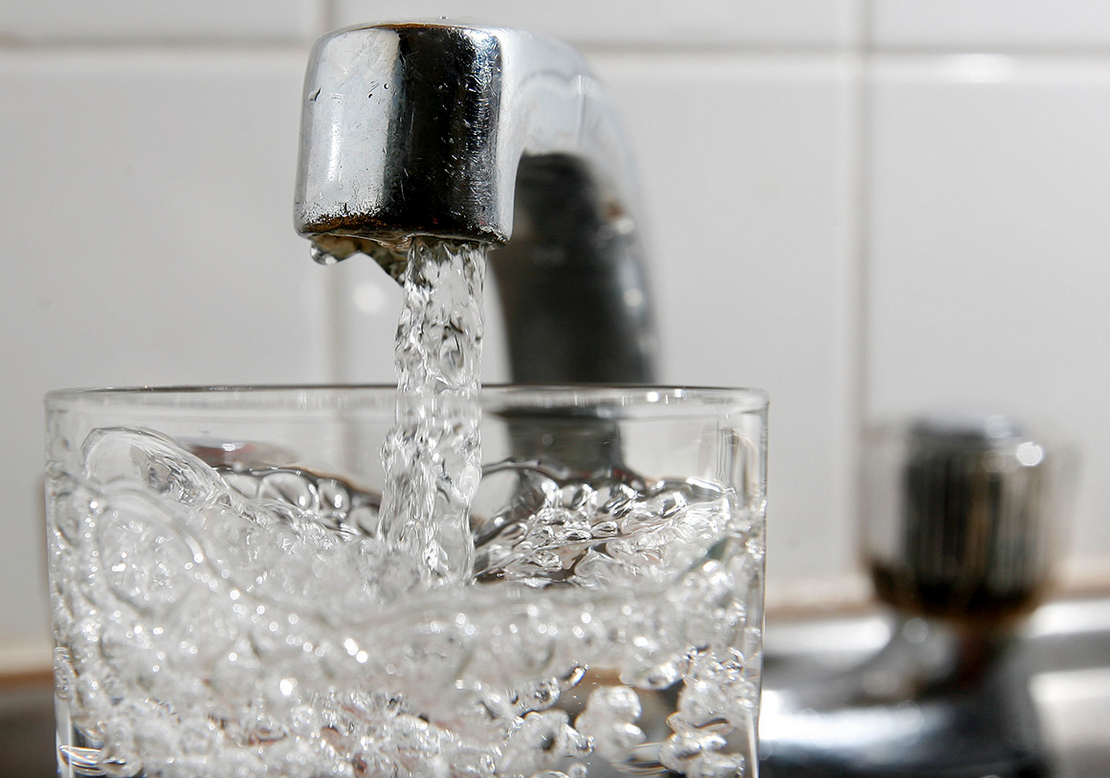 A glass of water being filled at a kitchen tap. Cate Gillon/Getty Images

Americans are being exposed every day to contaminants ranging from lead and arsenic to so-called forever chemicals, given their widespread presence in almost 50,000 U.S. water systems, according to new findings that lay much of the blame on EPA.

In an update to its Tap Water Database published today, the Environmental Working Group warns, "Millions of Americans are unwittingly drinking water that includes an invisible toxic cocktail made up of contaminants linked to cancer, brain damage and other serious health harms." EPA has power under the Safe Drinking Water Act to help protect the public, EWG said, but the group argued that the agency has fallen short of its mandate to do so.

Ken Cook, the group’s president, said in a statement that EPA’s Office of Ground Water and Drinking Water "has demonstrated for decades that it is utterly incapable of standing up to pressure from water utilities and polluters to protect human health" from contaminants in drinking water.

The only way to rectify the issue, he offered, is through "more funding, stronger federal safety standards and a greater focus on helping historically disadvantaged areas."

Most public tap water contaminants are within legal limits, EWG found in its research, but the organization pushed back on arguments that meeting current thresholds makes water safe for people to drink.

As part of its efforts to update the database, EWG spent more than two years collecting and analyzing water contaminant test data. The most recent update to the database accounts for water quality testing conducted between 2014 and 2019. Out of nearly 31 million test results targeting 534 contaminants, the group has found 324 in drinking water. That number has ticked upward, which EWG said could be due to various factors.

"We don’t necessarily know everything that’s out there," said Sydney Evans, an EWG science analyst who oversees the group’s water testing projects. "Seeing that number jump up, it’s kind of a good and bad thing. We could be detecting contaminants that were maybe there before that we didn’t know about. But it could also be emerging contaminants."

Among the chemicals found are arsenic, copper and lead, all well-known health hazards. But other toxic substances of concern have also cropped up, including 1,4-dioxane, a compound used as a stabilizer that also occurs as an unwanted byproduct in items like shampoos. That chemical is a likely carcinogen that EPA has been closely reviewing (Greenwire, June 30).

Also prevalent are per- and polyfluoroalkyl substances, the notorious chemicals that have triggered international upheaval due to their persistence in the environment and, in some cases, established grim health implications. PFAS have infamously contaminated drinking water in a number of communities, including in West Virginia and North Carolina. Two of the compounds, PFOA and PFOS, are set for EPA regulation in drinking water within the next few years. The new contaminants detected in EWG’s update are largely new PFAS or chemicals like radioactive materials and pesticides.

EPA did not immediately respond to a request for comment regarding EWG’s findings.

How low to go

Critics have charged for years that EPA is not strict enough on drinking water standards. EWG noted that the agency’s Office of Ground Water and Drinking Water has not added new contaminants to its regulated list in over two decades.

And many environmental groups say EPA’s cutoff levels for various chemicals are out of step with the realities those hazards pose, as the agency’s understanding of toxic substances and their dangers evolves at a relatively slow pace. Some maximum contaminant levels, or MCLs, have not been updated in half a century.

EWG offers stricter standards for some chemicals, sourcing its numbers from state health goals, scientific findings and other metrics. For example, EWG proposes 0.001 part per billion as a threshold for PFOS, which EPA does not yet regulate. Other cutoffs are closer — EPA has a 200-ppb limit for cyanide in drinking water, while EWG recommends 150 ppb.

The environmental group says EPA’s standards have repeatedly been called into question, with stark health implications. In a very recent example, EPA released its toxicity assessment for the chemical GenX last month. That "forever chemical," which is largely associated with drinking water contamination in North Carolina, is deeply toxic, according to EPA’s findings, even more so than PFOA and PFOS. Both of those PFAS are meanwhile set to be reevaluated, and a number of groups have said they expect EPA will find them more toxic than the agency previously believed (Greenwire, Oct. 25).

"When you hear stuff like this, to me it’s so validating and it’s so frustrating at the same time," said Evans, discussing the GenX assessment. "It’s what we’ve been saying the entire time: What is legal is not what is safe. To see proof, to see it come out in writing, them saying it’s actually a lot more toxic than we think, that’s validating. But this has been going on for so long."

Eyes on the Hill

Addressing some gaps comes down to funding — and to Congress.

While President Biden has called for $45 billion to remove all of the nation’s lead pipelines, Congress is still wrestling over an infrastructure package and reconciliation bill that, in total, boasts $25 billion in funding.

That includes $15 billion in the Senate-passed infrastructure bill and an additional $10 billion in grants through the reconciliation package.

Those funds, should the bills pass, would be critical for helping utilities identify and remove lead service lines that contaminate drinking water with the potent neurotoxin (Energywire, Oct. 29).

The legislation — both infrastructure and reconciliation — also includes billions of dollars in grants to address combined sewage overflows and make upgrades to drinking water systems, as well as $225 million for the first-ever program at EPA for low-income assistance for water, which could address everything from lead to PFAS.

But even as EPA waits for funds, the agency’s critics say it’s past time to act. That means cracking down on contaminants using the statutes at its disposal, as well as making broader judgments about groups of chemicals.

Evans cited PFAS as an example of a very large family of toxicants that will take a very long time to regulate if considered individually. She also noted that simultaneous exposures to multiple chemicals is a reality with drinking water contaminants, a threat she said the agency needs to be taking more seriously.

"We really need to be looking at those chemicals, chemical mixtures, looking at things as cumulative exposures," said Evans. "We need to stop looking at chemicals one at a time. That’s just not how people are exposed."