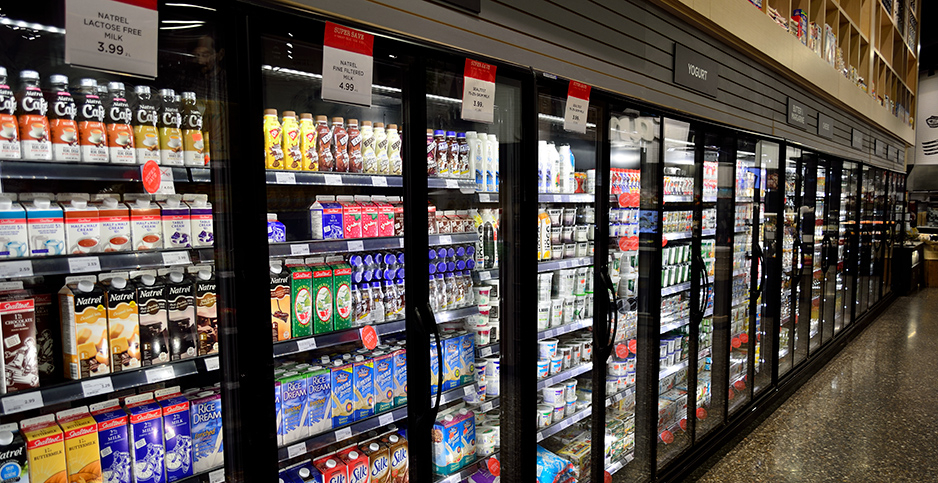 EPA proposed a rule to phase down the use of hydrofluorocarbons, or HFCs, potent greenhouse gases used in refrigerators, air conditioners and other units, the agency announced this morning.

The proposed rule would lead to an 85% drop in the production and import of HFCs over the next 15 years, the agency said. If the superpollutants are not phased out, experts say, they could contribute to a 0.5-degree-Celsius rise in global temperatures. Scientists are hoping to keep temperatures from rising more than 2 degrees.

“By phasing down HFCs, which can be hundreds to thousands of times more powerful than carbon dioxide at warming the planet, EPA is taking a major action to help keep global temperature rise in check,” said Administrator Michael Regan, who signed the proposal Friday.

“The phasedown of HFCs is also widely supported by the business community, as it will help promote American leadership in innovation and manufacturing of new climate-safe products. Put simply, this action is good for our planet and our economy.”

The issue has garnered support from Democrats and Republicans in Congress as well as manufacturers, which say they prefer uniform federal standards rather than a patchwork of state mandates.

“This is something where a diverse set of stakeholders can all align, and our partnership creates a compelling template for continued climate action,” Rachel Jones, a vice president at the National Association of Manufacturers, said in a statement.

Francis Dietz, a vice president at the Air Conditioning, Heating and Refrigeration Institute, said the trade group has been advocating for an international phase-down for at least a decade.

“The cruel irony is that, while HFCs keep our homes cool and our groceries cold, they heat up our planet,” Carper, now chair of the Senate Environment and Public Works Committee, said at the time.

The new law empowers EPA to take three actions to address HFCs — the first being today’s proposal to limit the supply, which mostly comes from China as well as Japan, India and Europe.

The law authorizes the agency to eventually take two other steps. One is reclaiming old appliances that might end up in the dump.

The other is minimizing leaks, particularly in big operations at supermarkets, explained David Doniger, a director at the Natural Resources Defense Council.

“This measure taken today is the first step in a cycle in addressing supply and demand and leakage and waste and reclaim in order to as quickly as possible transition us from HFCs to climate-friendly alternatives,” Doniger said.

Those climate-friendly alternatives, he said, are already on the market, and are used by much of the rest of the world. American refrigeration manufacturers still use HFCs but are beginning to move away from them.

“The transition is underway,” Doniger said. Most automakers haven’t used the pollutant in car air conditioning systems for some time.

Green groups and industry advocates have petitioned EPA to reinstate Obama-era rules, which were struck down in court in 2017. NRDC argues that the December law empowers EPA to set a new standard. In addition, the coalition has urged EPA to adopt California’s regulations (Greenwire, April 14).

Phasing out hydrofluorocarbons worldwide is part of the Kigali Amendment to the Montreal Protocol, which former President Trump — despite prodding by some of his aides — never sent to the Senate for ratification.

President Biden has directed the State Department to send the Kigali Amendment to Capitol Hill. Already, more than 115 countries have ratified the agreement, but it faces an uphill battle in the United States because many Republican lawmakers still oppose it (E&E Daily, March 31).

Doniger cited the global goal of keeping temperatures from rising more than 2 degrees. “In a world that is struggling to hold the warming to that limit, you can’t get there if you add another half-degree,” he said.

Doniger said of EPA’s action, “This is highly important, and EPA has gotten to a good and fast start.”