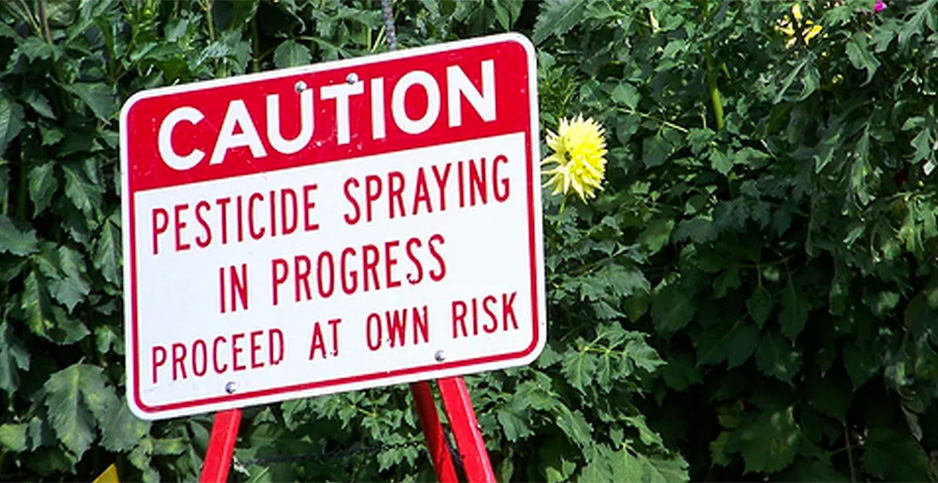 EPA today proposed new restrictions on the use of the weedkiller atrazine, a widely used agricultural chemical.

But environmentalists say EPA’s plan weakens protections and would allow 50% more of the endocrine-disrupting herbicide linked to birth defects and cancer to end up in waterways.

Atrazine is one of the most commonly used herbicides in the United States. It is used on cultivated grass and a variety of crops. It’s used mostly on corn, sorghum and sugar cane, but farmers also apply it to wheat, guava, macadamia nuts and Christmas trees, among other crops.

In a proposed interim final rule, EPA said it would impose new requirements to minimize workers’ exposure to atrazine, including limiting applications on sod and reducing the amount combined with fertilizer.

EPA also announced that 10 pesticides would be newly approved for use on hemp — a crop that Congress legalized in the 2018 farm bill.

While the hemp treatments have been a priority for farm groups and the hemp industry, the atrazine regulations have sparked a long debate between agricultural and environmental groups that’s likely to endure.

The agency said it would also prohibit the application of atrazine in liquid form from airplanes, allowing it only in other forms. That would help reduce the risk of the pesticide drifting into other areas where it might imperil waterways or harm wildlife, or touch fields where farmers don’t want it applied.

"Collectively, these proposed mitigation measures and stewardship measures are expected to reduce overall ecological exposure and potential risk to non-target species," EPA said in its proposal.

"In evaluating potential risk mitigation for atrazine, the EPA considered the risks, the benefits, and the use pattern. Although there are potential risks of concern associated with the use of atrazine, with the adoption of the mitigation measures discussed in this section, any remaining potential worker and/or ecological risks are outweighed by the benefits associated with use of atrazine," EPA said.

The proposal is part of the agency’s regular registration review for atrazine. It also includes label changes regarding safe handling of the chemical, including updated language regarding use of gloves and respirators. EPA said it will take public comment for 60 days.

Farmers use about 72 million pounds a year to kill a variety of broadleaf and grassy weeds. Total acres treated have stayed about even recently, while the amount used per acre has declined, EPA said.

Environmental groups such as the Center for Biological Diversity have pointed to bans on atrazine use in Europe and said EPA hasn’t properly consulted with other federal agencies regarding compliance with the Endangered Species Act.

"It’s absolutely shameful that while other countries are banning atrazine, the Trump administration is opening up the tap," said Nathan Donley, a scientist with CBD. "This disgusting backward step ignores decades of research and will inflict untold damage on people, wildlife and waters across the country."

Atrazine is particularly troubling in water supplies, CBD has said, and has been linked to human birth defects. Risks to wildlife are especially severe for frogs and other amphibians, according to the group. Those risks were spelled out in a draft risk assessment in 2016 and in the proposed rule today.

Risk to pollinators isn’t certain, EPA said, and officials proposed a new statement on labels: "This product is toxic to plants and may adversely impact the forage and habitat of non-target organisms, including pollinators, in areas adjacent to the treated site."

On pesticides for hemp, EPA said the approval of the 10 chemicals comes in time for farmers to use them on the 2020 crop. That’s been a priority for farm groups as well as for Senate Majority Leader Mitch McConnell (R-Ky.), the leading advocate in Congress for making industrial hemp legal to grow.