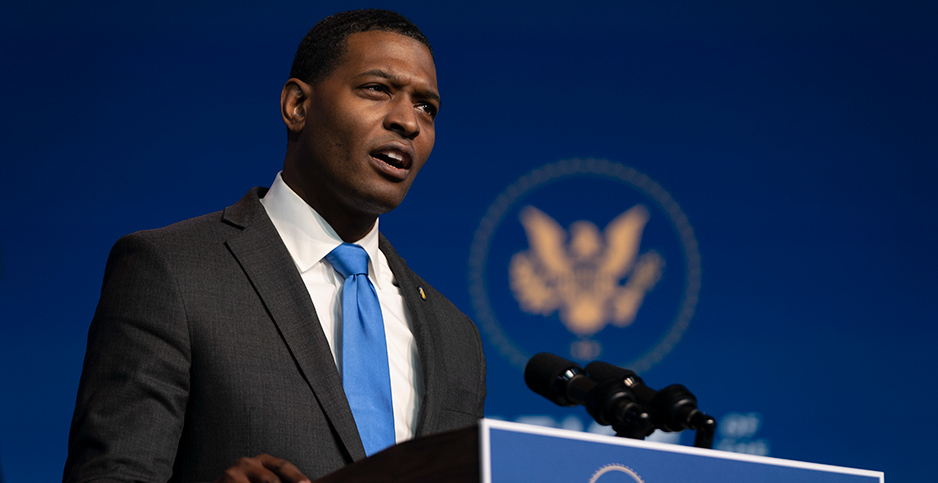 President Biden’s EPA is expected to draft interim auto emissions standards based on an agreement last year between California and five car companies, according to sources following the matter.

EPA is poised to unveil the interim standards and notify the auto industry by April 1.

The development, which was first reported by The New York Times, signals that California is influencing the Biden administration’s climate and clean transportation policy in the near term.

But the heavy lift will come when EPA and the Department of Transportation work to craft long-term clean car standards that extend past model year 2026 — an effort that could take up to two years and encounter legal challenges.

"I’m convinced that they’re going to adopt the California standards," said Margo Oge, the former head of EPA’s transportation office under the Obama and Clinton administrations.

The deal requires the companies to reduce greenhouse gas emissions from their passenger cars and light trucks by 3.7% each year.

If EPA says the California deal will become national in scope, the agency likely would do so before April 1, sources said.

On his first full day in office, Biden signed an executive order that directed the heads of agencies to consider "suspending, revising or rescinding" actions promulgated under former President Trump.

The order specified that EPA has until April 1 to suspend, revise or rescind the first part of the Safer Affordable Fuel-Efficient (SAFE) Vehicles Rule, which revoked California’s ability to set its own more stringent tailpipe emissions rules.

Asked for comment, an EPA spokesperson said in an email to E&E News: "The Biden-Harris Administration’s new EPA leadership is reviewing all of the agency’s actions issued under the previous Administration to ensure that they protect public health and the environment. EPA will provide additional information as it becomes available."

Dave Cooke, a senior vehicles analyst at the Union of Concerned Scientists, said adopting the California agreement would be a smart choice politically since the deal has broad industry support. The five participating automakers account for 30% of vehicle sales in the United States.

But Cooke said automakers are capable of achieving greater emissions reductions, which he said are necessary to make a dent in climate pollution from transportation, the country’s largest source of greenhouse gases.

"I think the California framework is the political choice. It is not one that is based on the best available data," he said. "So we want to see how ambitious they’re going to be in the long term."

General Motors Co. — the nation’s largest automaker — made waves last week when it announced that it "aspires" to phase out production of gas cars and sell all-electric vehicles by 2035 (Energywire, Jan. 29).

"General Motors is joining governments and companies around the globe working to establish a safer, greener and better world," said GM CEO Mary Barra in a statement.

But some environmentalists remain skeptical of GM, noting that the company has refrained from joining the California agreement or withdrawing from litigation over the second part of the SAFE Vehicles Rule.

Dan Becker, director of the Safe Climate Transport Campaign at the Center for Biological Diversity, said he thinks the Biden administration must set ambitious long-term rules to force GM and its competitors to follow through on their lofty rhetoric.

"GM has this alleged aspiration. I think they’re talking about aspiration because they’re aspirating on their fumes," Becker quipped.

"We need more aggressive standards to make up for the lost time of the last four years and get us to a net-zero on-road fleet by 2050," he added.

Asked for comment, a spokesperson for the California Air Resources Board said in an email: "California’s framework is a pragmatic compromise that should be immediately adopted so that we can turn our collective efforts to the next phase of rulemaking that will support the transition to zero emission vehicles. We’re pleased to hear this and we look forward to working with U.S. EPA to chart a path all the way to zero."