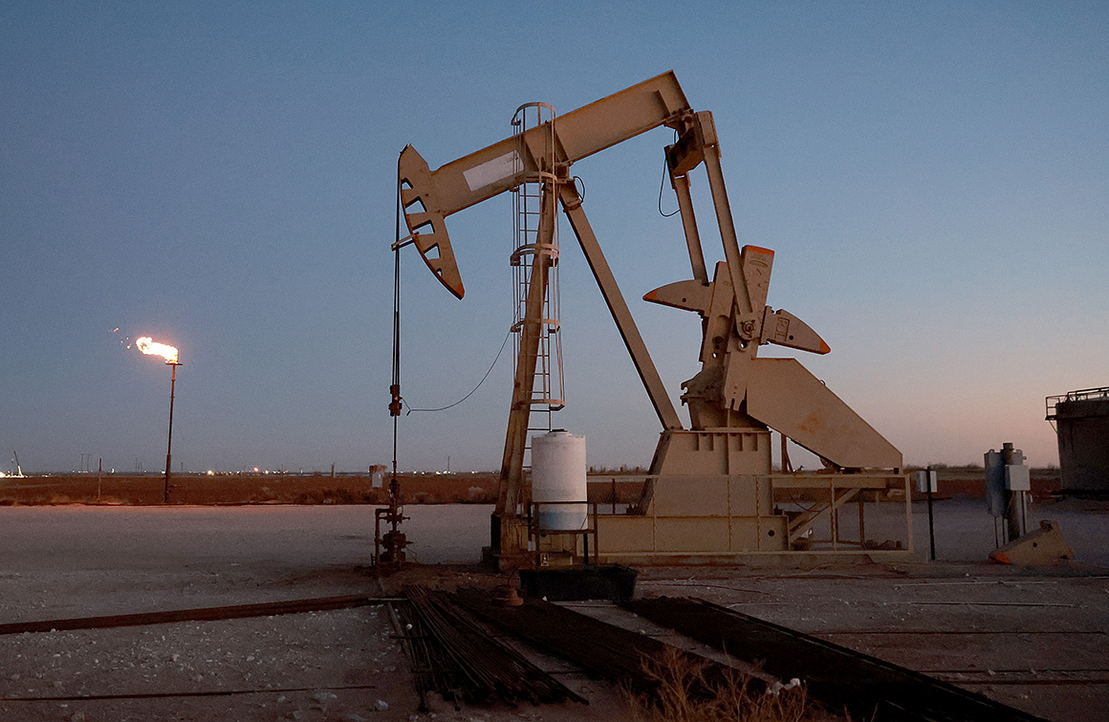 An oil pumpjack works in the Permian Basin in Texas. Joe Raedle/Getty Images

In a sign of intensified regulatory scrutiny of the United States’ largest oil-producing region, EPA has launched a new round of helicopter flyovers in the Permian Basin in search of big sources of methane and smog-forming compounds.

The flyovers will continue until Aug. 15, the agency announced yesterday. Any violations uncovered will be met with “significant penalties,” along with steps to prevent future infractions and follow-up monitoring to make sure that any emission fixes are working, according to a news release.

The basin, which spans some 75,000 square miles in West Texas and southeastern New Mexico “accounts for 40% of our nation’s oil supply and has produced large quantities of dangerous [volatile organic compounds] and methane over the years, contributing to climate change and poor air quality,” Earthea Nance, head of EPA’s Dallas-based regional office, said in the release. “The flyovers are vital to identifying which facilities are responsible for the bulk of these emissions and therefore where reductions are most urgently needed.”

The aircraft pollution tracking effort has precedent. In 2020, for example, EPA conducted flyovers in the basin that found emissions “significantly higher than those reported by industry,” according to a news release at the time by the New Mexico Environment Department.

As of publication time today, a spokesperson for the Dallas EPA office had not provided answers to questions posed late yesterday seeking information on the number and scope of the flyovers, when they began and whether the findings could be used in determining whether at least some parts of the basin are failing to meet the latest ground-level ozone standard of 70 parts per billion.

Ozone, a lung irritant, is formed by the reaction of volatile organic compounds and nitrogen oxides in sunlight. While all of the basin is currently deemed in attainment with the 70 ppb limit, EPA regulators signaled in June that they were considering downgrades, a step that would likely mean new pollution control requirements for oil and gas producers in the region.

Already, EPA has missed its self-imposed schedule of releasing a formal notice of any possible reclassifications by June. But the prospect has prompted pushback from both Texas Gov. Greg Abbott (R) and industry trade groups who contend that stricter enforcement could drive up gasoline prices.

In a letter earlier this summer, for example, Abbott set a July 29 deadline for the agency to suspend its “proposed redesignation,” warning that Texas would otherwise “take the action needed to protect the production of oil — and the gasoline that comes from it” (E&E News PM, June 27).

That deadline passed last Friday; a staffer in Abbott’s press office had no immediate comment today on what action, if any, is now planned. In a prepared statement today, Todd Staples, president of the Texas Oil & Gas Association, did not address the EPA flyovers but said that producers are using a variety of means — including drones, handheld optical imaging cameras and zero-emission pneumatic controllers — to identify and cut releases, adding that “these efforts are met with great success.”

Late last month, the association joined national oil and gas trade groups in seeking to draw the White House into the ozone standard reclassification decisions, which would normally be made by EPA officials alone (Greenwire, July 25). While gas prices have dropped in recent weeks, they remain historically high, with a national average of almost $4.20 per gallon, according to AAA, and are seen as a political soft spot for both the Biden administration and congressional Democrats running in this year’s midterm elections.

Given methane’s heat-trapping properties, EPA is targeting fossil fuel producers with a national set of regulations that are supposed to be made final by next May.

Early this year, the Environmental Defense Fund and Carbon Mapper Inc. said they had found about 30 “super-emitting” wellpads, compressors and other energy industry sources of methane in the Permian Basin (Energywire, Jan. 24). While the two groups did not publish a list of the companies operating those facilities, they said that both the firms and regulators had been alerted.