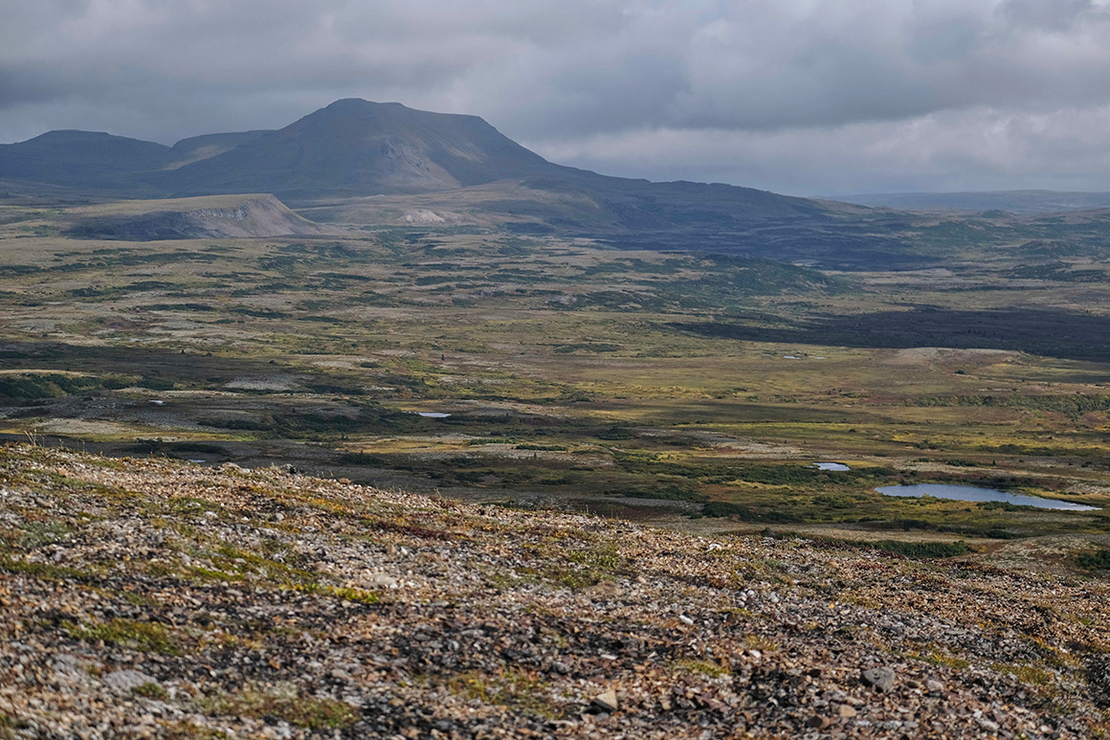 The landscape surrounding the site of Pebble LP's proposed mine pictured on Sept. 4, 2019, at the headwaters of Bristol Bay in southwest Alaska. Alex Milan Tracy/Sipa USA/Sipa via AP Images

The Biden EPA will reopen a proposed veto of the Pebble mine, which, if finalized, would effectively block developers from mining a massive copper and gold deposit in southwest Alaska’s Bristol Bay region — home to the nation’s strongest salmon fishery.

“The Bristol Bay Watershed is an Alaskan treasure that underscores the critical value of clean water in America,” EPA Administrator Michael Regan said in a statement. “Today’s announcement reinforces once again EPA’s commitment to making science-based decisions to protect our natural environment. What’s at stake is preventing pollution that would disproportionately impact Alaska Natives, and protecting a sustainable future for the most productive salmon fishery in North America.”

The move makes good on President Biden’s campaign promise to protect Bristol Bay. “It’s no place for a mine,” he said in a statement last year (E&E Daily, Aug. 10, 2020).

Bristol Bay has continued to be a powerhouse of salmon production even as other fisheries in the state falter: Salmon populations on the Yukon River collapsed this year while a record-breaking 63.2 million salmon returned to the Bristol Bay watershed.

The bay’s salmon strength is thanks to the watershed’s pristine wetlands and streams untouched by industrial development that provide clean water and habitat for spawning salmon. The fishery is culturally important to Alaskan tribes, who have relied on salmon there for over 4,000 years.

Even today, tribes depend on salmon from the watershed to help get them through winter in a remote area of the state.

The Pebble mine would have destroyed more than 3,000 acres of wetlands and dozens of stream miles.

Tribes, EPA and conservation groups had also feared that, once in operation, the mine could further pollute the remaining wetlands and streams with tailings and heavy metals.

Mine developer Pebble LP contends that the project would be an important source of copper to help the United States manufacture clean energy technologies to reduce fossil fuel emissions. Its mine plan involves shipping the raw ore to Asia for processing.

Trout Unlimited President Chris Wood, whose group had sued EPA to revive the veto process, called the Pebble mine “one of the supreme bad ideas of all time” because it would have endangered such a strong fishery.

He noted that conservation groups have spent $17 billion trying to revive destroyed salmon habitat in the Snake River, saying, “All we have to do to keep this wild salmon fishery intact is just leave it alone.

“It really is a straightforward choice,” he said.

Reviving the veto is sure to be met with celebration from Alaskan tribes, too, as well as some conservatives including Donald Trump Jr. and Tucker Carlson, who pushed the Trump administration to veto the massive copper and gold extraction project (Greenwire, Aug. 24, 2020).

The Trump administration’s handling of the Pebble mine’s permit application was the source of much scrutiny and legal backlash.

This summer, a federal appeals court gave the green light for lawsuits over Trump’s retreat on the veto to move forward.

The 9th U.S. Circuit Court of Appeals found the agency can withdraw a proposed determination “only if the discharge of materials would be unlikely to have an unacceptable adverse effect” (E&E News PM, June 17).

If that happens, EPA would resume the process started under the Obama administration that culminated in a proposed veto of the mine in 2015, before Pebble had even filed a permit application with the Army Corps of Engineers.

“If the court grants the motion, remand and vacatur would automatically reinitiate EPA’s 404(c) review process and the agency would announce a schedule for resuming a process to protect certain waters in the Bristol Bay watershed — including opportunities for public input,” EPA wrote.

It’s unclear whether the agency would have to redo its 2014 Bristol Bay Watershed Assessment, a sweeping report about mining’s potential impact on the watershed written before specific plans for the mine were available.

The corps’ environmental review released in July of last year found that the mine would have no “measurable effect” on Bristol Bay’s salmon fishery, signaling a green light for Pebble (Greenwire, July 24, 2020).

But the Trump administration’s Army Corps of Engineers ultimately denied a permit for developer Pebble last November in an apparent reversal from the agency’s previous stance (Greenwire, Nov. 25, 2020).

The reversal came after political pressure to oppose the mine grew on the right.

Donald Trump Jr., an angler who has visited Bristol Bay, urged his father to block the mine, as did former vice presidential aide Nick Ayers and Carlson — also outdoors enthusiasts (Greenwire, Aug. 24, 2020).

Activists posing as investors probed Collier and Ron Thiessen, president of Pebble’s parent company, about their political connections. Collier boasted about his connections with Alaska Gov. Mike Dunleavy (R) and warned that Sen. Lisa Murkowski (R-Alaska) wouldn’t stand in the way of the mine.

This year, Pebble has focused on an appeal of its permit denial. The Army Corps has said it wouldn’t complete the appeal process until next year. Environmental groups, meanwhile, have ratcheted up the pressure on EPA to veto the project given Pebble’s continued push for a permit.