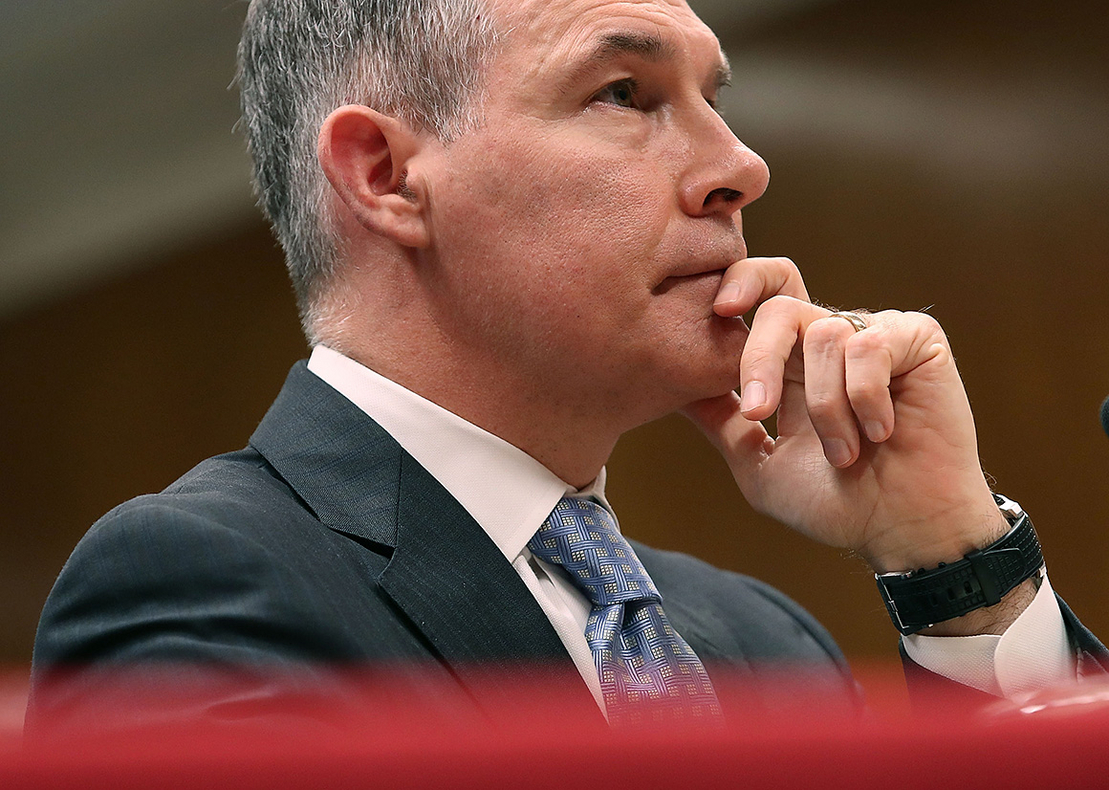 The effort was “grounded in incorrect facts and flawed legal reasoning, and improperly disparaged [the Office of General Counsel’s] lawful practice of settling certain lawsuits, including unfounded allegations of collusion,” he wrote Monday.

“They served to erode public trust by claiming to correct a problem that did not exist,” Prieto said.

“It’s not possible to do what the accusations were,” said Kevin Minoli, a former EPA career attorney now in private practice. “The agency would never or could never solidify a certain outcome.”

Minoli, a partner at Alston & Bird, acknowledged the Pruitt effort raised legitimate issues of transparency but said the concerns morphed into outrageous claims and “became a political rallying cry.”

Minoli said from his 18 years at the agency he couldn’t point to an example of a regulation that was truly settled in court, claiming one doesn’t exist.

A hypothetical example would be if a green group sued over an air pollution standard, and in settling the rule, the agency commits to a tighter finalized regulation. But basic administrative law concepts requiring public comment would never allow that, he explained. Rather, groups like the Natural Resources Defense Council or Sierra Club generally enter into settlements with the agency to enforce mandatory deadlines already required by law.

This week, EPA did not broadcast its decision to rescind the Pruitt memo, but an agency spokesperson told E&E News that EPA Administrator Michael Regan on Monday signed a replacement memo, formally known as “Consent Decrees and Settlement Agreements to Resolve Environmental Claims Against the Agency.”

The new directive establishes clear steps to enhance public awareness and provide an opportunity for public review of certain settlements, the agency said. For example, the agency will post new notices of intent to sue, petitions for review, complaints, and proposed settlement agreements and consent decrees on its website. And it will notify people via a listserv.

For Minoli, who at one point served as acting general counsel, this is welcome news. He described the Pruitt effort as “the most difficult thing issued during my tenure in terms in the impact it had on the workforce. It surprised me that it took over a year for the administration to rescind.”

EPA did not respond to a follow-up question about the delay, but other sources suggested the agency could have been waiting for Prieto to be the confirmed general counsel to make significant policy decisions.

Prieto himself added to staff: “It is my hope that this action can provide closure to what I know was a difficult episode.”