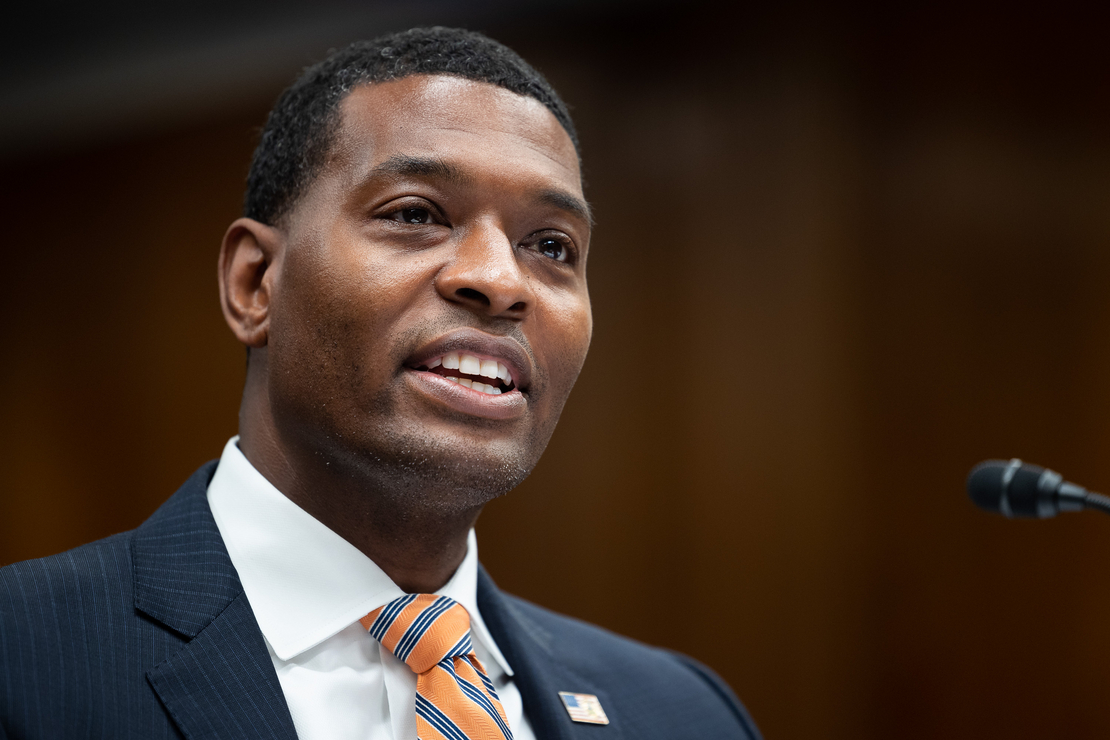 EPA today released its latest blueprint for agency lawyers and policymakers to wield the instruments at their disposal to achieve the Biden administration’s environmental justice goals.

EPA Legal Tools to Advance Environmental Justice — an update to a 2014 EPA document — focuses on implementing core environmental statutes like the Clean Air Act and Clean Water Act to tackle pollution and climate impacts in communities of color.

The latest version includes guidance on implementing the 2016 reauthorization of the Toxic Substances Control Act in environmental justice work and adds a new chapter on civil rights in federal assistance programs.

“At EPA, we know that our most vulnerable communities bear a disproportionate burden when it comes to the impacts of pollution and climate change,” EPA Administrator Michael Regan wrote in an introduction to the document. “That’s why advancing environmental justice is so critical to our mission.”

While the 2014 document mentioned enforcement of anti-discrimination laws in federal grant programs, the latest update includes a more robust discussion on the matter — including the need to consider community input during investigation and resolution of complaints.

“This is perhaps the first time this has been memorialized in guidance documents,” said Julius Redd, a principal at the firm Beveridge & Diamond PC.

EPA wrote in the document that it has learned since 2014 that there is a need for more clarity on the agency’s ability to address cumulative impacts, or the effect of being exposed to contamination from multiple projects. While EPA discussed its approach to cumulative impacts in its 2022 update, the agency said it still hopes to develop stronger analysis on that issue.

“The regulated industry would be well served to take heed of the document’s reference to and express prohibition of discriminatory siting, which may occur in locations where there are ‘multiple polluting sources as well as the impacts of non-chemical stressors in the same area,'” said Simone Jones, a partner at the firm Sidley Austin LLP.

The legal tools update comes as EPA and the Justice Department are embarking on an effort to assist overburdened communities, in response to President Joe Biden’s 2021 Executive Order on Tackling the Climate Crisis at Home and Abroad (Greenwire, May 5).

Biden’s order instructed DOJ to develop a comprehensive strategy. But because there is no federal environmental justice law, administration officials are left to get creative with the statutes they do have (Greenwire, June 26, 2020).

“Agencies that have responsibility for enforcing environmental laws are doing so using the levers that are available to them to advance environmental justice concerns,” said Redd.

And litigation strategies are only one piece of the puzzle, wrote EPA General Counsel Jeffrey Prieto in a foreword to the document.

“Of course, Legal Tools should be viewed as only one type of tool, albeit an important one, in EPA’s toolkit for promoting environmental justice and equity,” he wrote.

As EPA builds its environmental justice strategy, Biden officials are thinking carefully about how to protect its efforts against conservative challenges.

EPA says its environmental justice work is not about using race in decisionmaking — it’s about considering disproportionate pollution impacts.

“My observation is that on the long list of how a community could be considered overburdened or underserviced, there are a number of ways to figure that out that would not result in a challenge,” said Chandra Taylor-Sawyer, leader of the Southern Environmental Law Center’s Environmental Justice Initiative.

She added: “What I’m hoping is that making a decision that is not race-based doesn’t entrench patterns of underservice.”

As federal legislative efforts on environmental justice have languished — leaving agencies like EPA to get creative with decades-old statutes — some states have created their own laws, such as New Jersey, which in 2020 passed a measure to address pollution in minority communities (Greenwire, Sept. 21, 2020).

Local activists say the only way to make progress is to weave grassroots activism, education and other efforts into the patchwork of federal, state and local rules.

“It’s like playing a chess game,” said Omega Wilson, co-founder of the West End Revitalization Association, during a recent discussion hosted by the Environmental Law Institute and the firm Latham & Watkins LLP.

“It’s not black and white,” he continued. “How do you make things move?”