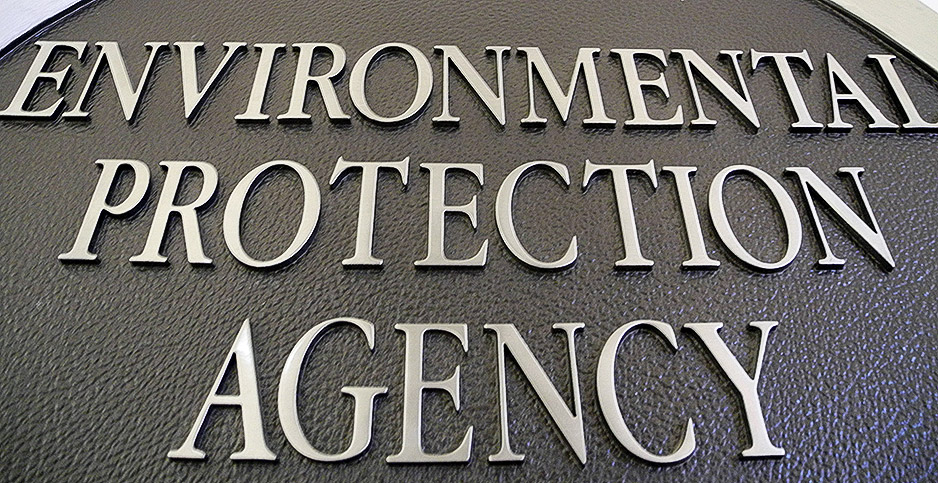 EPA plans to quickly revamp its guidelines for evaluating whether environmental contaminants can cause cancer or other ailments, a move Trump administration critics fear is part of a broader effort to weaken the basis for regulating a wide range of pollutants.

At issue is a fundamental responsibility of the agency: How to determine whether potentially harmful substances pose an unacceptable risk to human health and the environment.

The outcomes of such risk reviews can then be used by EPA’s regulatory offices and other agencies to, for example, limit the types of pesticides that farmers can apply to their crops or the amount of hazardous air pollutants oil and gas refineries can emit.

EPA sources say the Trump administration is now seeking to revise the standards for that highly scientific process in a matter of months. That timeline, experts fear, makes it impossible to do a thorough job and could take years to fix — leaving millions of Americans at greater risk from unhealthy levels of pollution in the meantime.

Currently, EPA has 166 pages of guidelines for assessing cancer-causing risks and no uniform guidance for evaluating other potentially adverse health effects.

But next week, EPA will ask its influential Science Advisory Board (SAB) for "advice regarding upcoming actions related to an update to the ‘2005 EPA Guidelines for Carcinogen Risk Assessment’ and creation of guidelines for non-cancer risk assessment," the agency said in a Federal Register notice earlier this month.

Unlike other topics on the agenda for the meeting — EPA’s proposals to increase scientific "transparency," redefine "waters of the United States," and manage toxic nonstick chemicals known as PFAS — the agency hasn’t publicly released any background documents or briefing materials on its aims for the risk assessment guidelines.

EPA’s press office declined to provide further information on the scope and timeline of the agency’s review.

"EPA is just starting the process of determining what revisions are appropriate," an EPA spokesperson said in a statement. "The Agency does not at this time have a projected schedule."

But ahead of that event, EPA leaders asked a small group of career officials to identify risk assessment topics for the SAB to consider that could be updated by the end of the year, according to two agency sources. Those officials discussed specific, limited updates to the existing cancer guidelines.

Now some officials are beginning to worry that EPA leadership is looking to use that effort to weaken the guidelines and get outside approval for their changes. On the current timeline, the SAB, which has been stocked with industry-friendly members during the Trump administration, could bless the new guidelines before any potential new administration could take office in 2021 — making them harder to undo.

Risks of cancer ‘will be higher’

That aggressive timeline for two important and scientifically complex guidelines has also raised concerns among former agency officials and public health advocates about the potential outcome and motives for the fast-tracked review.

"If you want to have anything that’s decent, you can’t do in that amount of time," said Penny Fenner-Crisp, who served as a staff scientist at EPA for 22 years. She left the agency in 2000 after helping to craft and review EPA’s 1986 cancer guidelines.

"It isn’t a matter of just sitting down and writing something," said Fenner-Crisp, who’s now retired. "There are all sorts of internal agency reviews and sign-offs. The guidelines have to go over to [the Office of Management and Budget] and the White House. And there has to be peer review done at least once by the SAB, and maybe more than once."

It would also be good, she said, for EPA to consult with the independent National Academy of Sciences, which in 2009 offered a series of recommendations to the agency to improve its human health risk assessment practices.

To thoroughly evaluate all recent research advances, another update to the cancer guidelines is probably in order, argued Bernard Goldstein, who served as EPA’s assistant administrator for research and development during the Reagan administration.

"The problem is, there’s no way it can be done in any serious way between now and December 2020," said Goldstein, who is also dean emeritus of the University of Pittsburgh Graduate School of Public Health.

"The danger is you’ll just get it wrong and for 15 years, you’ll be doing it wrong," he said. "It means the risks of cancer that will be allowable will be higher."

Crafting guidance for evaluating all the other health risks posed by chemicals and other contaminants would likely be an even heavier lift, according to Fenner-Crisp.

EPA didn’t commit to offering the planned guideline revisions up for outside scrutiny — aside from at next week’s SAB meeting.

But a spokesperson said "it has been EPA’s practice to take public comment on draft Guidelines and to subject them to independent external peer review."

The agency didn’t respond to a request for comment on critics’ concerns about the guideline overhaul.

Fenner-Crisp plans to air her issues with the rush to remake the risk assessment process at next week’s SAB meeting. She and Goldstein are both members of the Environmental Protection Network, a coalition of retired EPA appointees and staffers committed to fighting efforts they believe could undermine their former agency.

Public health advocates like Richard Denison, lead senior scientist at the Environmental Defense Fund, see the push to overhaul risk assessments as part of an increasing focus by political appointees to alter the way EPA views science and pollution during Trump’s time in office.

He pointed to efforts to replace academics on the SAB who’ve gotten grants from EPA with ones who’ve worked for industry and shift resources from the science-focused Integrated Risk Information System chemical testing program to the toxics office, which for much of the Trump administration has been effectively led by a former chemical industry lobbyist. The "Strengthening Transparency in Regulatory Science" proposal, meanwhile, would limit the type of studies IRIS could use, making it harder to determine the real-world impacts of chemicals, Denison warned.

"They’re looking at the clock and they are trying to make more permanent changes that would be harder to undo or stop applying," he said.

"What they really want to do is to alter the fundamental way in which these things are done so that they can apply to anything that EPA does going forward," Denison said. "A new administration that comes in would have to undo these policies, not just revisit individual decisions."

But EPA’s scramble to rewrite the risk assessment guidelines could leave them legally vulnerable, Goldstein predicted.

"The issue is a process one," he said.

Key regulatory documents that are updated or created without following established agency processes are vulnerable to challenges under the Administrative Procedure Act.

Several Trump administration attempts to reduce regulations on industry have already been tossed out by federal judges, who found they were "arbitrary and capricious." For instance, U.S. courts have repeatedly rebuffed the Interior Department’s efforts to boost energy development, citing process issues (Energywire, April 29).

Still, delaying effective risk assessments might be all the administrator is seeking to do, Goldstein suggested.

"I don’t know what’s guiding Andrew Wheeler," the Reagan-era appointee said. "But he comes out of being a lobbyist for the coal industry and he will someday go back to that type of position. If he gets his rules through that the industry wants and, at some later date, the courts throw them out, he’s still a success as far as the people he’s responding to are concerned."