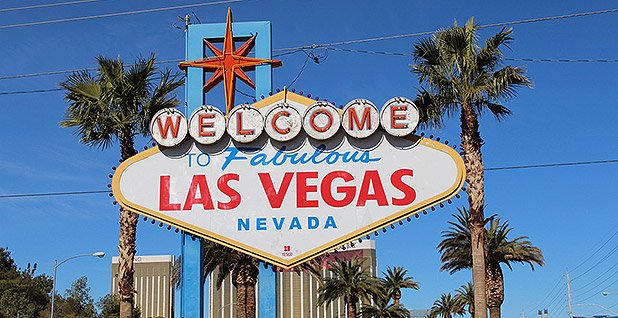 EPA plans to close its Las Vegas Finance Center as the agency continues to shrink its real estate footprint across the country.

The center currently has 16 employees, who can choose to be reassigned to other positions in EPA’s Office of the Chief Financial Officer, an agency spokesman told E&E News.

"This will consolidate payment functions for contracts and grants within one center, thus achieving operational efficiencies for the agency and creating more cross-training opportunities for our employees," said the EPA spokesman.

It is not EPA’s first move to close office space in the area.

Last year, the agency said its Office of Research and Development would end operations in Las Vegas, including for the National Exposure Research Laboratory branch there. In addition, buyouts were offered to staff for the research and human resources programs based in Las Vegas (Greenwire, Oct. 22, 2018).

EPA has been shifting around employees and consolidating its operations elsewhere, too. The agency said the reasoning behind some of those moves is to reduce office space and leasing costs.

Earlier this year, the agency moved forward on realigning its 10 regional offices across the country. Other reorganization efforts are afoot at EPA, with staff at certain facilities being targeted for relocation, including employees for a Houston regional lab slated to move 400 miles away to Ada, Okla. (Greenwire, June 20).

Lawmakers have tried to place limits on what EPA can do in reworking its operations. Included in an explanatory statement for fiscal 2019 funding for the agency, appropriators said they didn’t expect EPA to consolidate or close any of its regional offices.

EPA, however, said the finance center in Las Vegas is not covered by that prohibition.

"EPA has the authority to take this action. The Las Vegas Finance Center is part of the Office of the Chief Financial Officer," said the EPA spokesman.