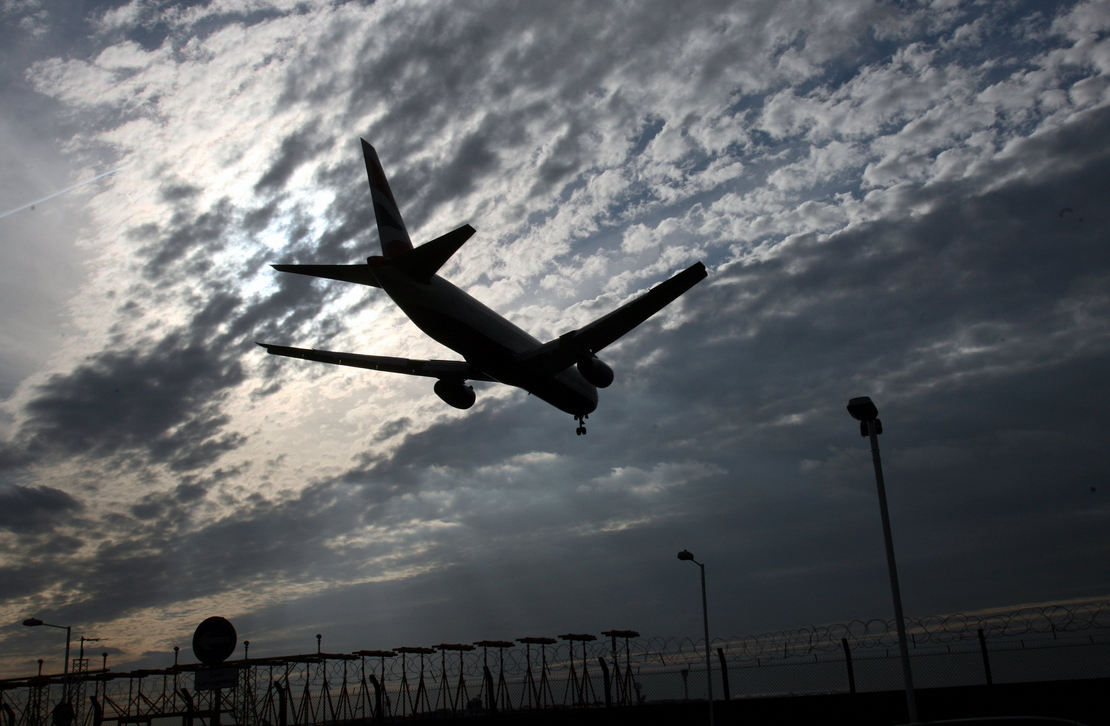 A plane begins to land at Heathrow Airport in 2007 in London. EPA is releasing new regulations on jet aircraft emissions that critics say will do little to curb pollution. Matt Cardy/Getty Images

That, in essence, is the response of EPA officials to criticism that they are whiffing on an opportunity to strengthen commercial jet aircraft engine pollution regulations and benefit environmental justice communities.

The tension is on display in a newly published final rule aimed at syncing U.S. emissions standards for new engines with the guidelines of the International Civil Aviation Organization (ICAO), a U.N. agency responsible for air transport issues.

With a January 2023 deadline looming, however, EPA acknowledges the revised standards will have no immediate effect in curbing releases of harmful particulate matter and highlights their importance in keeping domestic engine manufacturers competitive in the global marketplace.

“EPA has historically given significant weight to uniformity with international requirements as a factor in setting aircraft engine standards,” the rule says. “The fact that most airplanes already meet the standards does not in itself mean that the standards are inappropriate, provided the agency has a reasonable basis after considering all the relevant factors.”

But it adds that EPA views “regulation of aircraft PM emissions as a long-term process, with the potential for successive standards of increasing stringency.”

In a follow-up to studies showing that many communities near airports have disproportionately high populations of people of color and low-income residents, the agency is also undertaking an analysis to more fully understand the resulting “human health or environmental effects.”

In answers to emailed questions provided after this story was originally published, an EPA spokesperson said Monday that work on the analysis has begun, with plans to release it next year. No follow-up rulemaking, however, is currently under way to strengthen the actual emission regulations, but EPA continues “to be active at ICAO on technical work that could lead to development of future PM standards,” she said

Particulates are linked to an array of cardiovascular and respiratory ills, including a higher risk of early death for people with preexisting conditions.

The final rule published Wednesday appears little changed from an earlier draft that came under fire at a February public hearing.

While President Joe Biden vowed to “usher in a clean energy revolution” and prioritize environmental justice concerns, “not only does EPA’s proposed PM rule fail to meet those goals, it doesn’t even take them seriously,” said Scott Hochberg, an attorney with the Center for Biological Diversity, according to a transcript.

“For the safety of our communities and the environment, PM reductions from aircraft are needed,” Bonnie Soriano, a branch chief with the California Air Resources Board, said later in the hearing. Aircraft are a major source of those emissions, Soriano said, adding that “EPA should stop outsourcing” its policies to ICAO.

In an email also sent after the story’s publication, Hochberg said the final rule “doubled down on EPA’s flawed approach.”

The new standards “could have provided a lifeline to vulnerable communities located near major airports, who suffer serious health consequences from poor air quality,” he said. “Instead, EPA threw in the towel, despite knowing that aviation emissions will skyrocket in the coming years.”

A spokesperson for the California board did not reply to phone and email requests for comment placed late Tuesday.

This spring, more than 100 environmental and public health advocates called on EPA to strengthen its original proposal (Climatewire, April 6).