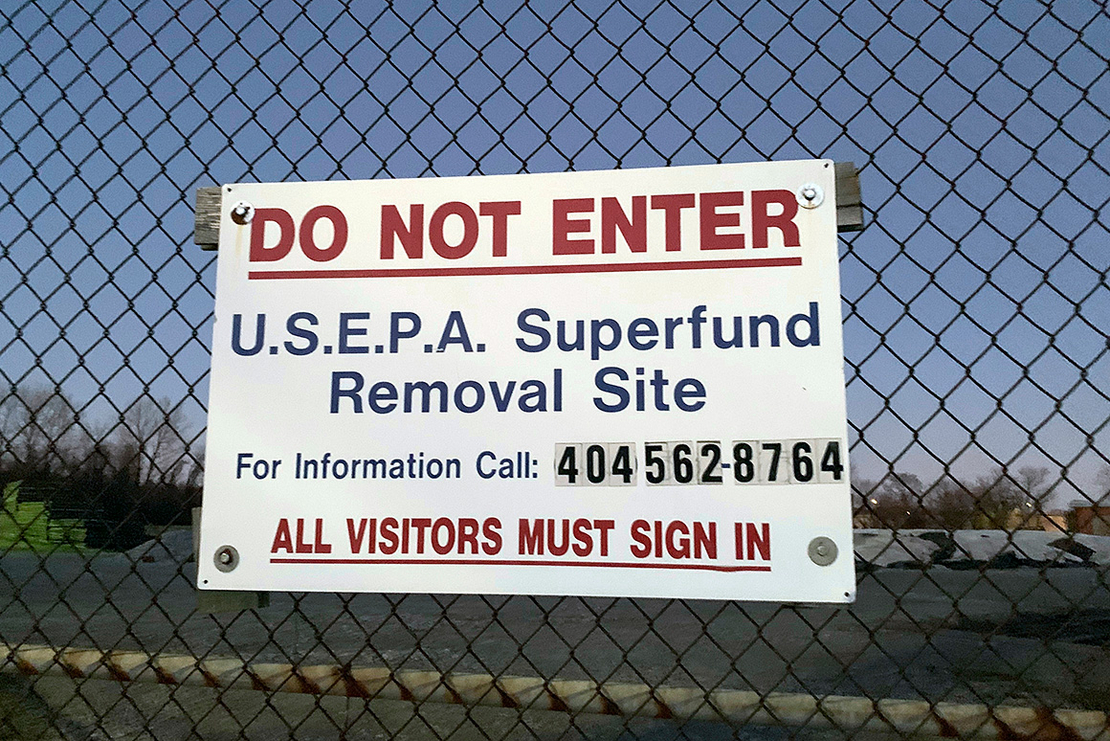 A sign identifies the Superfund removal site on the property of a former high school in Birmingham, Ala. Today, EPA added more sites to the Superfund National Priorities List. AP Photo/Kimberly Chandler

A dozen deeply contaminated areas will get a significant boost toward cleanup following an announcement this week by EPA.

The agency is adding sites to the National Priorities List, a special designation under the Superfund program that oversees cleanup at areas that pose significant threats to human health and the environment. EPA uses that list as its basis for prioritizing both Superfund spending and additional enforcement options.

In a statement, EPA Administrator Michael Regan emphasized environmental justice and the disproportionate extent to which low-income communities and people of color live near Superfund sites.

“No community deserves to have contaminated sites near where they live, work, play, and go to school,” said Regan. “Nearly two out of three of the sites being proposed or added to the priorities list are in overburdened or underserved communities.”

Among the 12 sites being singled out is a 3.7-mile stretch of the Lower Neponset River in the Boston area. That river suffered severe pollution stemming from mills and manufacturing plants and is now contaminated with toxic substances including carcinogenic polychlorinated biphenyls (Greenwire, March 15).

David Cash, EPA’s regional administrator for the New England area, praised the site’s selection earlier this week in an event attended by members of the Massachusetts congressional delegation. “This is a win for families who value recreating on the river, a win for great blue herons, a win for fish and a win for Massachusetts,” Cash said.

Other sites named to the list are in states including Georgia, Indiana, Maryland, Michigan, Minnesota, New York, South Carolina, Tennessee, Wisconsin and West Virginia, as well as a federal site in Oregon.

In addition to the 12 sites formally added to the list, five others are being proposed as candidates for the designation. Their addition is contingent on the outcome of a 60-day comment period and includes a 19-mile stretch of New Jersey’s Hackensack River, which is contaminated by substances like arsenic, lead and mercury. New Jersey has the most Superfund sites of any state. EPA is also proposing sites in Delaware, Iowa, Mississippi and New York for inclusion on the list.

Members of the Environmental Protection Network, which includes a bipartisan array of former EPA career staff, praised the addition of new sites this week.

“Updates to the NPL frequently go unnoticed, but this is a critical step in the Superfund cleanup process as it sets the stage for further EPA actions to protect the health and well-being of communities, states and tribes adversely affected by releases from these sites,” said Jim Woolford, a former director of the Office of Superfund Remediation and Technology Innovation in EPA’s Office of Land and Emergency Management.

He added that the update signaled EPA “is back into its regular twice-a-year schedule” of updating the list, marking renewed commitment to cleanups nationwide.