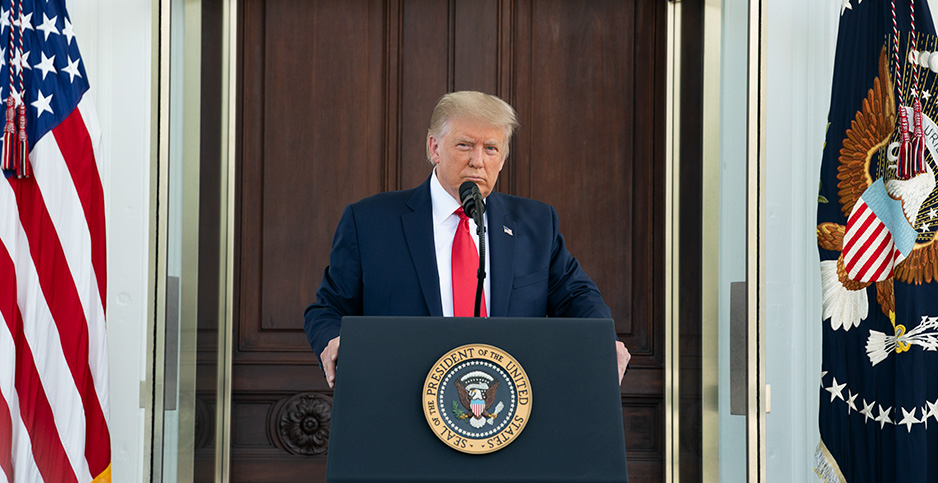 More than 80 employees in the EPA Office of General Counsel are petitioning against the Trump administration’s recent order to end race- and sex-related trainings at federal agencies.

The employees wrote in a Friday letter obtained by E&E News that the Trump order’s aim to "distort and suppress honest attempts to grapple with these central issues in our country is corrosive and dangerous, and it hinders necessary efforts to create healing for all."

The Trump order, issued in September, directed agencies to suspend anti-racism trainings that covered topics like "white privilege" and "critical race theory" throughout the federal government and at federally funded entities such as universities and contractors.

In the weeks since, EPA and other agencies have canceled trainings, sowing confusing throughout the government about how broad the impacts could be. HuffPost, which was first to report on the letter, has also reported that an LGBTQ pride event was canceled because of the order.

The EPA employees charged that the order results in "further institutionalizing racism in the federal government" and "[flies] in the face of freedom of speech under the First Amendment."

After issuing the order, the White House set up an email address tip line where employees could report instances of alleged "anti-American" discussion in the workplace.

"We reject the approach of these directives," the EPA employees wrote.

In response, EPA spokeswoman Molly Block said that the order makes clear that the federal government is "committed to the fair and equal treatment of all individuals before the law."

"EPA is committed to maintaining fair and equal treatment of every individual who works at the Agency, and the President’s Executive Order is fully consistent with these principles," she wrote via email.

More broadly, a training event on anti-discrimination laws for federal employees was recently canceled, according to Sunshine Menezes, a professor of environmental communication at the University of Rhode Island.

"Based on email traffic I’ve seen among some federal employees, the [executive orders] are having a markedly chilling effect on all discussions related to diversity, racism, and inequity," she wrote via email. "Feds haven’t received clear guidance and are therefore being extraordinarily cautious to avoid incurring the penalties outlined in the EOs."

The impetus for the order originated from Christopher Rufo, a conservative filmmaker, who went to the White House on Friday to meet with Russ Vought, director of the Office of Management and Budget.

Vought retweeted the photo and wrote: "Thanks for stopping by!"