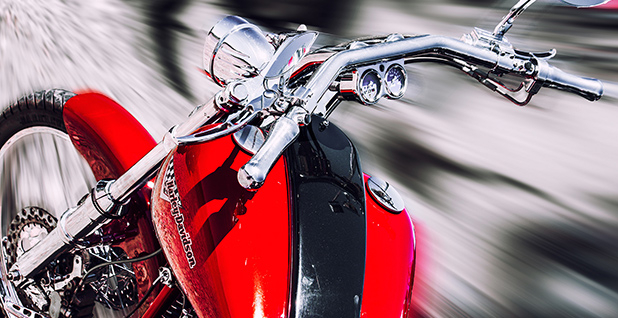 EPA is stalling on a final settlement with Harley-Davidson over emissions violations. Photo courtesy Marcelo Campi via Flickr.

U.S. EPA is reportedly slow-walking a settlement with Harley-Davidson over emissions violations amid Republican concerns about a clean air project set up by the deal.

The motorcycle giant agreed last August to pay $12 million in civil penalties and $3 million on a pollution mitigation project after EPA found the company had manufactured and sold almost 340,000 devices to bypass pollution controls and more than 12,000 noncompliant motorcycles (Greenwire, Aug. 18, 2016).

But the court hasn’t yet approved the deal. According to an EPA official who asked to remain anonymous, political hires at the agency have stopped career prosecutors from moving to finalize the settlement since January.

Environmental advocates said the delay could be a sign of shifting priorities at the agency.

"This Harley-Davidson case is a pretty basic enforcement case that is entirely in keeping with the way enforcement has been happening at the agency for many, many years," said Nick Conger, a former transportation and enforcement spokesman at EPA and now a press secretary at the Natural Resources Defense Council. "Why this case would be slowed is curious. It smells like politics."

The lack of the green light from the top delays clean air benefits to the public, he said.

Former top EPA enforcement officials have said it is not unusual for an incoming administration to take time to review some policies (Greenwire, Nov. 16, 2016).

The new administration has not yet tapped a new chief or deputies for the Office of Enforcement and Compliance Assurance. Since President Trump came to office, other cases, including the larger and more controversial $14.7 billion deal with Volkswagen and several new routine settlements over pesticide, wastewater and chemicals violations, have moved forward.

The Harley-Davidson settlement has been caught up in a debate over special projects to correct environmental harm that companies that have been found to violate EPA rules sometimes fund as part of their settlements.

Republicans and conservative groups have slammed some of the projects as "slush funds." EPA Administrator Scott Pruitt’s team has welcomed comments on, among other things, a $2 billion investment in electric vehicle charging infrastructure required of Volkswagen over its emissions cheating (Climatewire, March 27).

Harley-Davidson manufactures and sells devices called tuners that change how a motorcycle engine functions to increase performance and power. EPA found in a routine inspection that those changes also increased emissions of hydrocarbons and nitrogen oxides beyond federal limits.

According to the settlement lodged in August, Harley-Davidson agreed to pay $3 million to the American Lung Association of the Northeast to help replace conventional wood stoves with cleaner-burning models. EPA’s Residential Wood Smoke Reduction initiative team will also participate in the effort.

At the time, Harley-Davidson did not admit liability but agreed to the fines.

The Government Accountability Office is working on a report, a spokesman said.

"This is a policy matter," said William Yeatman, a senior fellow at the Competitive Enterprise Institute who has vocally opposed the Volkswagen EV investment. "If Congress creates a grant program and decides to end it, EPA shouldn’t be legislating to fund it instead."

The new administration has echoed some of Chaffetz’s concerns, according to the EPA official, but has not officially asked to rewrite the Harley-Davidson deal.

"It’s a lot more process and little decisionmaking at the top," the EPA official said.

Eric Schaeffer, who served as director of EPA’s Office of Civil Enforcement from 1997 to 2002, said it was "outrageous" that EPA could be reconsidering a relatively low-profile case over political concerns about mitigation projects.

He said EPA has made lawbreaking companies pay for projects to correct environmental harm since at least the 1990s. The special funds are presented to companies as an alternative to paying higher penalties.

"If they did [eliminate the $3 million wood stove project], it’s a bad policy call, but they’re within their rights if they want to get more penalties out of these companies instead of putting them in more environmental projects," he said. "Otherwise, it’s just a scam, it’s just handing out more candy."

Representatives for Harley-Davidson declined to comment and redirected inquiries to EPA.