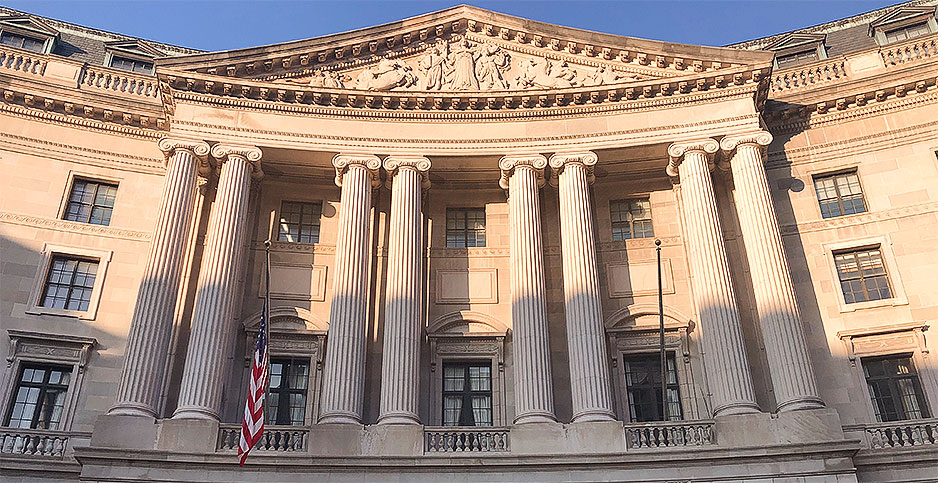 Last July, career EPA officials were set to unveil their plan to complete a long-awaited health review of the toxic metal hexavalent chromium, but more than half a year later, the plan is still under wraps — the latest delay for the human health assessment of the anti-corrosion chemical made infamous by the 2000 film "Erin Brockovich."

The setback — revealed in emails obtained by E&E News — was part of a broader slowdown of chemical reviews ordered by EPA leadership, according to an agency source.

"We anticipate releasing a protocol on hexavalent chromium (Cr6) for public comment this June-July," Kristina Thayer, the director of EPA’s Integrated Risk Information System, wrote in a March 2018 email.

The IRIS head was responding to a meeting request from Eileen Conneely, a top official at the American Chemistry Council, a trade group that represents chemical companies, including those that use or produce hexavalent chromium.

For years, ACC has pushed EPA to continue studying hexavalent chromium and other chemicals rather than publish information about their toxicity, which could lead to calls for increased public heath protections.

The Environmental Working Group, a public health advocacy organization, estimated in 2015 that dangerous levels of hexavalent chromium are found in the drinking water of more than 230 million Americans.

"Given the high level of interest in the IRIS hexavalent chromium assessment, we are planning to convene a public science webinar concurrent with the public comment period on the protocol," Thayer wrote. At that time, ACC’s experts would have 10 minutes to present their research on the chemical, she explained.

ACC wasn’t happy with that plan. To ensure its experts had enough time to brief EPA, Conneely asked Thayer the following month "to schedule a meeting as soon as possible with you and the IRIS staff working on the [hexavalent chromium] assessment."

But in May, Thayer rebuffed ACC’s second request to meet behind closed doors with EPA researchers.

"As you can imagine with all the focus on scientific transparency at the Agency we really prefer to have science meetings occur in a public forum," she said in another email. "Perhaps it’s possible that multiple 10-minute slots could be combined to give the group more time to present the overview of recent [health] publications?"

Then in June, ACC sent Thayer an overview of its research and previous attempts to present it to EPA. The IRIS director responded by reiterating her offer of multiple time slots and gave no indication at that point that the timetable had changed.

"We are currently trying to lock in a specific date and time for the public protocol meeting and will let you know as soon as one is identified," Thayer said in the exchange, which EPA released due to a Freedom of Information Act lawsuit from the Sierra Club.

That never happened, however, because the hexavalent chromium assessment — like all of IRIS’s work between June 2018 and last December — got derailed by a review of chemical assessment priorities ordered by EPA leadership, according to the agency source, who spoke on condition of anonymity.

The hexavalent chromium review is still moving forward, EPA announced at the end of that review. But now the agency doesn’t plan to release the scoping documents for that assessment until the second quarter of fiscal 2019, which ends March 31.

Political leadership’s review "wasn’t focused on chromium, although probably chromium was a big piece of it," the EPA source said. "There was just no way they could get it off the list. It’s huge, especially because it’s another water issue along with PFAS."

EPA didn’t immediately respond to requests for comment on the emails or source comments about the hexavalent chromium delay. But last week the agency said the draft audit the Journal obtained was "incomplete" and didn’t include EPA’s "extensive" pushback against its findings (Greenwire, Feb. 15).

Although a court in 1996 found the utility company PG&E liable for poisoning the drinking water of Hinkley, Calif., residents with hexavalent chromium — a legal victory for the real-life Erin Brockovich — EPA began studying the health effects of the chemical only in 2008.

Three years later, the agency was on the verge of making its scientists’ findings official. But then in 2012, EPA bowed to industry pressure and announced it was going to wait for new studies being paid for by the chemical industry, the Center for Public Integrity reported.

Some of the same industry-tied scientists quoted by the center in 2013 appear in the recent correspondence ACC sent to Thayer. That story found Mark Harris and Deborah Proctor, two principal scientists at ToxStrategies, helped lead the industry’s efforts in the 1990s to dissuade the Occupational Safety and Health Administration from setting stricter rules for airborne chromium in the workplace. (OSHA finally adopted tighter rules in 2006 under pressure from a court order.)

Proctor also worked to revise a 1987 study linking chromium-tainted drinking water to higher-than-normal rates of stomach cancer and influenced the makeup and findings of a California panel that downplayed the risks of hexavalent chromium, the Center reported.

"The cast of characters has not changed," said the EPA source. "It’s the same players, the same strategy. Even tactically, it’s all the same games."

Harris and Proctor didn’t immediately respond to requests for comment, but ACC disputed that it was seeking to delay the hexavalent chromium assessment for its members’ benefit.

"Contrary to the implication that industry is asking EPA leadership to block chemical assessments, the Hexavalent Chromium Panel is committed to conducting scientific research and informing EPA of the latest findings," ACC spokeswoman Sarah Jane Scruggs said, referring to a group the council has created to study the chemical.

"EPA’s processes require extensive internal review of chemical assessments to ensure the Agency has the science right," she said. "Our hope is that if there is any delay in releasing a draft assessment of hexavalent chromium, it is a result of EPA fully reviewing all of the recent, state-of-the-art science."