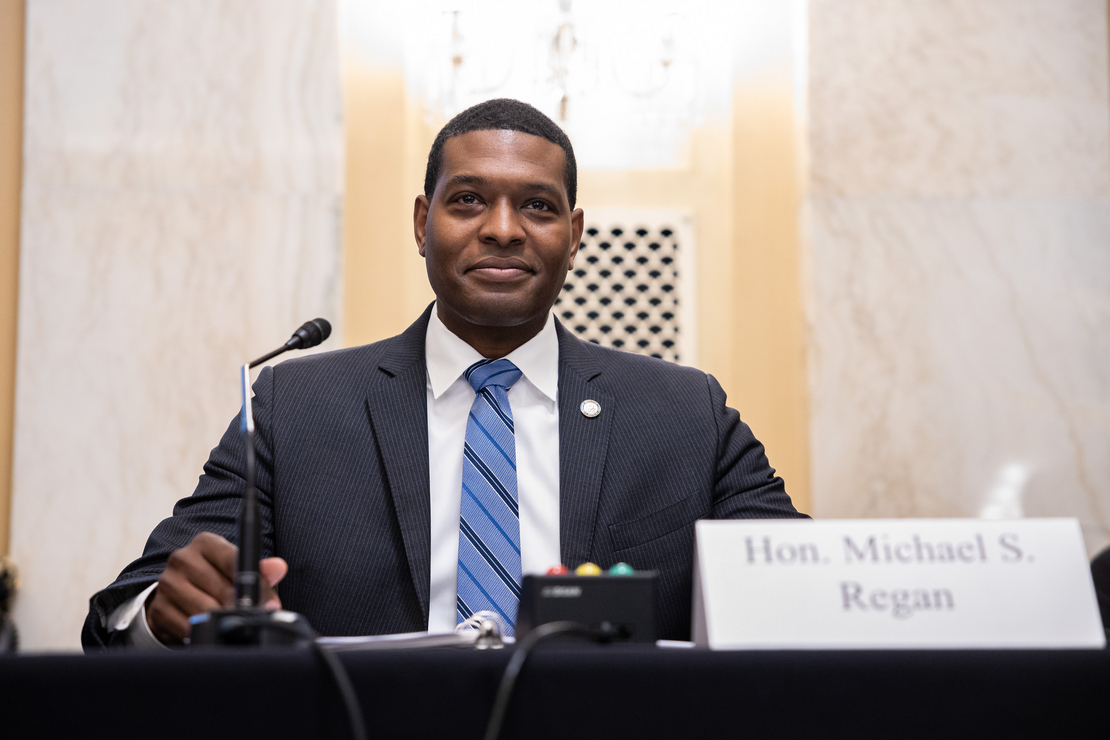 EPA has released a new forward-looking proposal that puts fighting climate change and advancing environmental justice at the center of the agency’s agenda.

On Friday, EPA released its draft strategic plan that will help the agency chart its course over the next several years. While emphasizing action on climate and equity, the plan also pays respect to EPA’s history and seeks to build upon it.

Administrator Michael Regan told EPA employees in an internal email obtained by E&E News that the agency has renewed its commitment to three institutional principles espoused by William Ruckelshaus, the agency’s first administrator, which are to "follow the science, follow the law, and be transparent."

"We also add a fourth foundational principle: advance justice and equity," Regan said in the email sent Friday. "These four principles form the basis of the agency’s culture and will guide our day-to-day work and decision-making now and into the future."

Regan also said EPA’s plan includes for the first time strategic goals to tackle climate change and to champion environmental justice and civil rights. He said those priorities are "embedded" throughout the plan.

For EPA, it’s a marked change from the Trump administration. The agency’s prior strategic plan, released four years ago, did not mention climate change and was centered around catchphrases from then-Administrator Scott Pruitt like "cooperative federalism" and "rule of law" (E&E News PM, Oct. 4, 2017).

Some parts of the plan, which is still only a draft, have numbers waiting to be filled in. But other sections do have specific figures to share on environmental goals the agency is aiming to achieve by fiscal 2026.

By that 2026 date, EPA plans to conduct 55 percent of inspections annually at facilities that trigger "potential environmental justice concerns," the document said. In addition, the agency is targeting to reduce power plant nitrogen oxide emissions by 21 percent and have U.S. consumption of hydrochlorofluorocarbons under 76.2 tons per year on that timeline.

Further, the agency will reduce the number of water systems not in compliance with health standards from 3,508 to 600 by September 2026. The agency also wants to get human exposure under control at an additional 60 Superfund sites and clean up another 650 brownfield properties by then, according to the plan.

It calls for all EPA computer systems to adopt multifactor authentication, compared to a July 2021 baseline of 40 percent, and initiate climate resiliency projects for EPA-owned facilities.

Another long-term goal is to eliminate EPA’s backlog of overdue Freedom of Information Act responses. The plan noted the agency had an August 2021 baseline of 1,148.

EPA’s strategic plan is open for public comment through Nov. 12. The final plan will be issued in February along with the agency’s fiscal 2023 budget proposal.