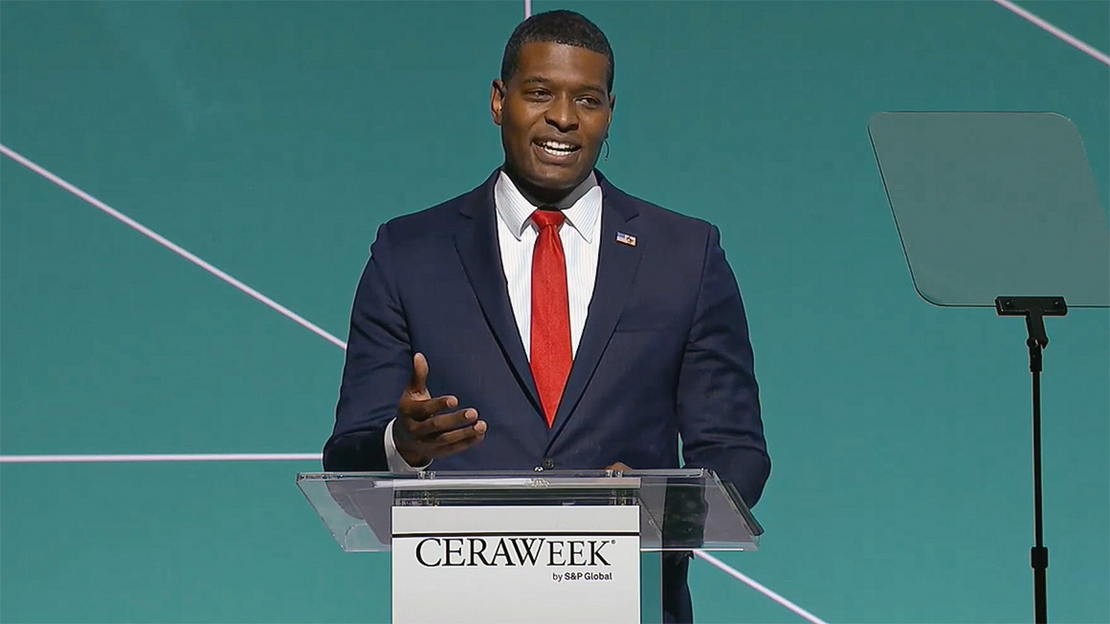 EPA Administrator Michael Regan today laid out his agency’s full power-sector game plan, previewing a slate of upcoming rulemakings that will speed the end of coal as the mainstay of U.S. power generation while refocusing the regulatory spotlight on natural gas.

The many-pronged strategy Regan unveiled in remarks at an energy conference in Houston encompasses the full range of EPA’s regulatory authorities for power plants — from greenhouse gases to hazardous air pollutants to wastewater and residuals. But he framed the forthcoming EPA rules as support for the work he said the industry is already doing — namely, phasing out coal in favor of a growing gas fleet and cheaper renewable energy.

“This is a pivotal moment for the sector, and EPA is ready to seize it,” he said, in remarks prepared for the CERAWeek by S&P Global conference.

Many of the rules in EPA’s regulatory pipeline would add compliance costs for coal-fired power, potentially encouraging utilities to shut down some plants ahead of schedule. But Regan argued that the U.S. coal fleet is hitting “headwinds” anyway due to its age and market factors.

He pointed to recent announcements by Georgia Power and Duke Energy Corp. in which those companies committed to shutter their significant coal-fired investments by 2035 as part of a midcentury decarbonization plan.

He praised those moves as “sound, long-term investments that support a growing economy while reducing the pollution that harms our health and jeopardizes our climate.”

Regan has been hinting for months that he would give industry a holistic picture of EPA’s thinking on power plant regulation to give companies a chance to make informed investment decisions — which might include retiring older plants rather than spending on upgrades.

“The EPA hasn’t always aligned the timing of its air pollution regulations with rules on other types of pollution, such as water and waste, because of deadlines and lawsuits,” he told conference host Daniel Yergin in a question-and-answer session after his remarks.

“The more certainty and transparency that we can provide, the better off our country is going to be,” he said.

Regan alluded to two regulatory initiatives for conventional air pollutants that could add significantly to power-sector compliance costs. In recently proposing to reinstate the legal basis for landmark air toxics limits on coal-fired electricity plants, EPA is also taking feedback on whether those standards should be strengthened. And tomorrow, the agency will release a draft version of a plan to further clamp down on the spread of smog-forming emissions across state lines, he indicated.

Under the Clean Air Act’s “good neighbor” provision, states are supposed to prohibit emissions from industries and other sources that contribute to downwind compliance problems with ambient air quality standards outside their borders. In practice, states’ reluctance to act has led to federal intervention.

In a string of proposals released last month, EPA is seeking to veto 19 state good neighbor plans geared to compliance with its 2015 ground-level ozone standard (Greenwire, Feb. 18) The forthcoming federal alternative is expected to cover most, if not all, of those states. Environmental advocates also expect the new blueprint to go beyond EPA’s traditional focus on power plant pollution and target emissions from other heavy industries. An agency spokesperson declined to comment this morning on that point.

Federal regulators are also under pressure from environmental groups to encompass states that previously haven’t been covered by good neighbor requirements.

In a lawsuit filed Tuesday, WildEarth Guardians asked a judge with the U.S. District Court for the District of New Mexico to order a federal good neighbor plan for the state. The suit targets New Mexico because of “increasing concerns over the clean air impacts of booming oil and gas extraction,” Jeremy Nichols, the group’s climate and clean energy director, said in an email this morning. While the extent of the EPA plan isn’t known, Nichols added, “there is talk” that it won’t cover New Mexico and other Western states, “which underscores the need for our lawsuit.”

EPA recently moved to crack down on ways in which utilities store coal ash, which prompted some warnings of premature closing (Climatewire, Jan. 24).

Frank Holleman, an attorney for the Southern Environmental Law Center, welcomed Regan’s comments and said he’s hoping EPA continues to stand behind Obama-era 2015 regulations on coal ash waste and ensure that utilities can’t leave coal ash sitting in groundwater next to major waterways in permanently closed sites. He’s also hopeful that utilities will be required to remove any source of contamination at such sites and treat contaminated water before it’s returned to the environment.

“The permits should be designed to end coal ash pollution,” he said. “Ash should be stored in a safe place where it won’t pollute surrounding groundwater and lakes.”

Regan said again today that “we don’t have to overly rely on any one policy or rulemaking to achieve our mission and ensure affordable and reliable energy.”

But one “mission” EPA is tasked with helping to deliver is President Biden’s promise to the international community that the United States would slash power-sector emissions by 80 percent this decade and zero out net emissions altogether five years later.

That pledge, which did not figure at all in Regan’s CERAWeek speech, has been jeopardized by Congress’ inability to pass Biden’s climate investment agenda as part of the “Build Back Better Act.” And it is likely to be thrown into even greater doubt by a Supreme Court ruling this June that will almost certainly constrain how EPA can use the Clean Air Act to limit power plant carbon dioxide emissions.

EPA is still planning to use a section of the landmark law to regulate carbon directly. Regan said today that later this year, EPA would take “a fresh look at our options for reducing carbon emissions from both new and existing power plants.”

In a signal that EPA would not seek to reintroduce the Obama-era clean power plant rule at the heart of the current Supreme Court case, Regan pledged that the new rules would build “on the lessons of our prior efforts in this area.”

While the thrust of EPA’s power plant program is to phase out coal, Regan signaled that EPA’s upcoming rule for new power plants would zero in on a technology that was effectively given a free pass in the Obama-era rule that is still in place — that is, the burgeoning natural gas power fleet.

The existing new power plant rule sets emissions limits at a level that can easily be achieved by gas plants while requiring new coal plants to use partial carbon capture and storage to control emissions. The rule survived the Trump administration because no new coal plants are in the construction pipeline.

But Regan said today that later this spring, EPA will ask for public comment on how EPA gas combustion turbines could mitigate carbon. That would help inform a greenhouse gas rule for new plants that will be proposed later in the year, he said.