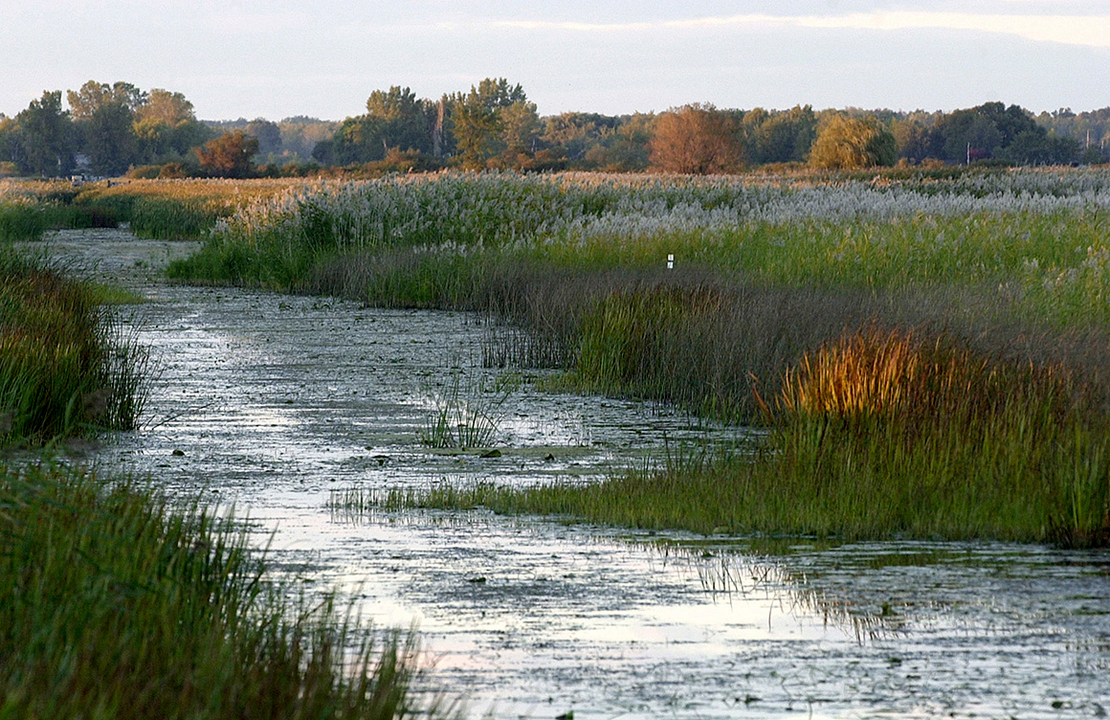 As a landmark Clean Water Act case heads to the nation’s highest court, all eyes are on how quickly EPA will push out a new rule to clarify which waters are federally protected — and whether that new definition will be legally bulletproof.

For now, the agency remains tight-lipped.

“I would be very surprised if EPA put this on the back burner to wait for [the Supreme Court],” said Mark Ryan, a former Clean Water Act attorney for EPA Region 10.

Last week, the Supreme Court agreed to take up Sackett v. EPA, a challenge from Idaho landowners Chantell and Michael Sackett that asked the Supreme Court to revisit its splintered 4-1-4 ruling in Rapanos v. United States (Greenwire, Jan. 24). The 2006 ruling resulted in two competing tests for defining “waters of the U.S.,” or WOTUS, a regulation that clarifies which streams, wetlands and other waters fall under federal jurisdiction.

Legal experts say the court is likely to line up its existing majority of conservative justices to rule that a more restrictive interpretation of the Clean Water Act — and therefore WOTUS — should be the law of the land, one laid out in the Rapanos decision by former Justice Antonin Scalia.

In that decision, Scalia concluded WOTUS should only include relatively permanent standing or continuously flowing bodies of water because, according to him, that aligned with the Webster’s Dictionary definition (Greenwire, May 15, 2017).

Exactly how that would affect the substance and timing of the Biden administration’s new definition of WOTUS is unclear. EPA previously said it expects to issue a new rule later this year. At the same time, the Supreme Court is expected to hear arguments in the case next term, meaning the justices may not issue their opinion in the case until next year.

An EPA spokesperson said the agency cannot comment on pending litigation, but reiterated the agency is dedicated to finding a “robust” definition of WOTUS that’s informed by diverse perspectives and protects public health, the environment, and downstream communities while supporting economic opportunity, agriculture and industries that depend on clean water.

But the spokesperson declined to comment when asked to reaffirm the agency’s stated expectation of releasing a WOTUS definition later this year (E&E News PM, Jan. 3).

The fate of the rule is gaining attention beyond the courts and federal agencies. On Capitol Hill, Democrats are pushing the agency to move forward quickly just as Republicans demand EPA hold off until the Supreme Court decides the fate of the Sackett case (Greenwire, Jan. 25).

The water sector recently joined into the fray. The American Water Works Association, or AWWA, asked EPA Administrator Michael Regan in a Jan. 28 letter to hold off on a rulemaking until the court reaches a conclusion on Sackett. AWWA represents more than 4,500 utilities that supply the bulk of the nation’s drinking water and almost half of the country’s wastewater services.

“Although this may impact the regulatory timeline, it is likely to greatly reduce wasted and duplicated effort on the part of EPA and the entire stakeholder community, reduce regulatory whiplash, and to greatly increase the chances of the final definition being sustainable (whether that means remaining at the pre-2015 rules or a new definition),” wrote Tracy Mehan, AWWA’s executive director of government affairs.

EPA is currently moving through a two-pronged approach to hammer out which waters receive federal protection.

At the same time, EPA has been working to gin up a new definition of WOTUS that’s durable and protective, and has said a proposed rule could arrive later this year.

The Supreme Court, notably, rejected the Biden administration’s request for the court to hold off on taking up Sackett until it — along with the Army Corps of Engineers — finalized a revised definition of WOTUS.

As it stands, EPA has at least three avenues going forward, said Larry Liebesman, a senior adviser at Dawson & Associates, a consulting firm that specializes in permitting. Liebesman also formerly served as a senior trial attorney at the Department of Justice’s Environmental and Natural Resources Division.

The agency could suspend the current rulemaking and claim the Supreme Court guidance in the Sackett opinion is necessary to ensure any rule is consistent with the court’s law.

In that case, EPA would rely on pre-2015 regulation and court guidance — just as it has since a court in Arizona vacated the Trump-era Navigable Waters Protection Rule — and then resume rulemaking to incorporate the court’s decision on Sackett after it’s issued, said Liebesman.

A second and potentially more complicated option, he said, would involve EPA going forward with a rulemaking while at the same time asking the Supreme Court to send the Sackett petition to a lower court to review whether the new regulation is consistent with the Clean Water Act.

Essentially, EPA would craft a new WOTUS definition and then ask the Supreme Court to remand the Sackett case to the 9th U.S. Circuit Court of Appeals to determine whether its new WOTUS rule is consistent with the Rapanos opinion, Liebesman said. The Supreme Court agreed to take up the Sackett case after the 9th Circuit denied the couple’s arguments that EPA erred when it determined that their Idaho property contained wetlands.

“If granted, that would delay any further Supreme Court review until the 9th Circuit issued a new opinion,” he added.

A third option would involve EPA finishing its rulemaking and trying to get the rule out sometime this spring, and then asking the Supreme Court to defer to the agency’s interpretation, he said.

Ryan signaled he expects EPA to pursue the third avenue.

“I suspect [the agency will] redouble their efforts to get a rule out before oral argument and ask for deference,” said Ryan. “It may not make any difference if five justices think the [Clean Water Act] should be interpreted as Scalia did.”