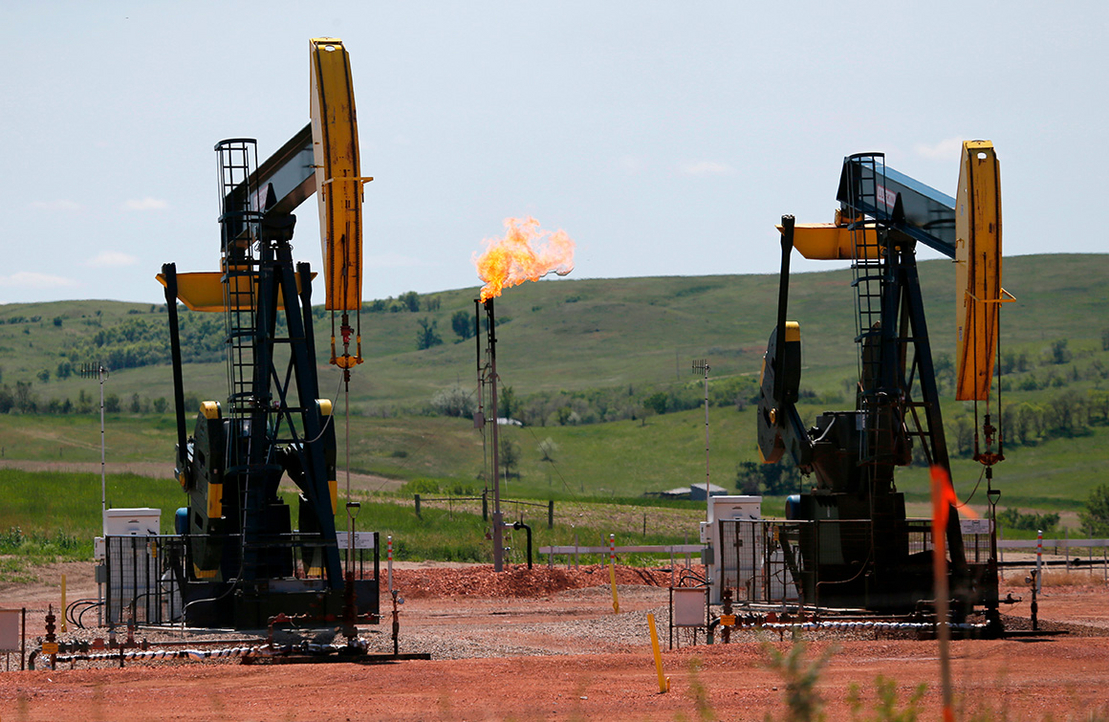 The agency proposed tightened rules for new oil and gas infrastructure and moved to regulate existing oil and gas wells and facilities for the first time. EPA released its package as climate talks in Glasgow, Scotland, begin in earnest with the aim to help write the next chapter of the Paris Agreement. The proposals help support the Biden administration’s pledge to halve U.S. greenhouse gas emissions by the end of this decade compared with 2005 levels.

"As global leaders convene at this pivotal moment in Glasgow for COP26, it is now abundantly clear that America is back and leading by example in confronting the climate crisis with bold ambition,” said EPA Administrator Michael Regan in a statement announcing the proposals, promising a “durable final rule that is anchored in science and the law.”

The proposals aim to capture gas that would otherwise escape through cracks in pipelines, venting or faulty seals. They cover sources of emissions on new and existing oil and gas infrastructure across the petroleum supply chain, including production, processing, transmission and storage.

That tracks with the 2016 rule that is currently in effect for new infrastructure and facilities only. But it’s a departure from a Trump-era standard finalized last year that covered only natural gas leaked at the wellhead and exempted midstream emissions. Also, unlike that rule, the new proposals target methane directly rather than as a byproduct of reducing volatile organic compounds leaked in gas. Tailoring its rule to VOCs, an ozone precursor, rather than to methane supported the Trump EPA’s position that regulation of existing oil and gas infrastructure would never be warranted.

The new EPA plans increase the frequency with which companies would be required to inspect their infrastructure for leaks, swapping the Obama administration rule’s semiannual requirement for most sources for a tiered system where monitoring requirements are based on the potential of sources to emit. The proposal also would require new and existing sources to stop using pneumatic devices that release gas to regulate pressure at wellheads. The proposal would also require states to crack down on methane emissions from existing sources using EPA guidelines.

Oil and natural gas prices would be marginally affected by the rules, according to an EPA release, which characterizes the impact as mere “pennies per barrel of oil or thousand cubic feet of gas.”

The agency estimates the proposed rules would eliminate 41 million tons of methane emissions from 2023 to 2035, the equivalent of 920 million metric tons of carbon dioxide. Put another way, EPA said that was more than all the carbon dioxide emitted from passenger cars and commercial aircraft in 2019.

In addition to the proposal today, EPA said it intends to issue a supplemental proposal in 2022 and is inviting public comment on how to further cut methane emissions. The agency said it expects to finalize its "far-reaching and ambitions" regulations by the end of next year.

Many national environmental groups were supportive of the EPA proposal and the Biden administration’s methane focus, but several pressed the agency to go even farther in curbing the oil patch’s emissions footprint.

“Cutting methane emissions from this industry is the fastest, most cost-effective way to slow global warming today,” said Environmental Defense Fund President Fred Krupp. “But EPA still has more work to do to cut flaring and address emissions from the nation’s many smaller, leak-prone wells.”

Industry has fiercely fought over the details of federal methane requirements in the past, stressing the expensive burden that rules regulating existing wells and infrastructure could place on small oil producers in particular. Some national oil organizations today promised to engage with EPA as it finalizes its rules.

Frank Macchiarola of the American Petroleum Institute said the industry group would push for regulations that are both “feasible” and “effective.”

“We support the direct regulation of methane from new and existing sources and are committed to building on the progress we have achieved in reducing methane emissions,” the senior vice president for policy, economics and regulatory affairs said in a statement. “EPA has released a sweeping proposal, and we look forward to reviewing it in its entirety.”