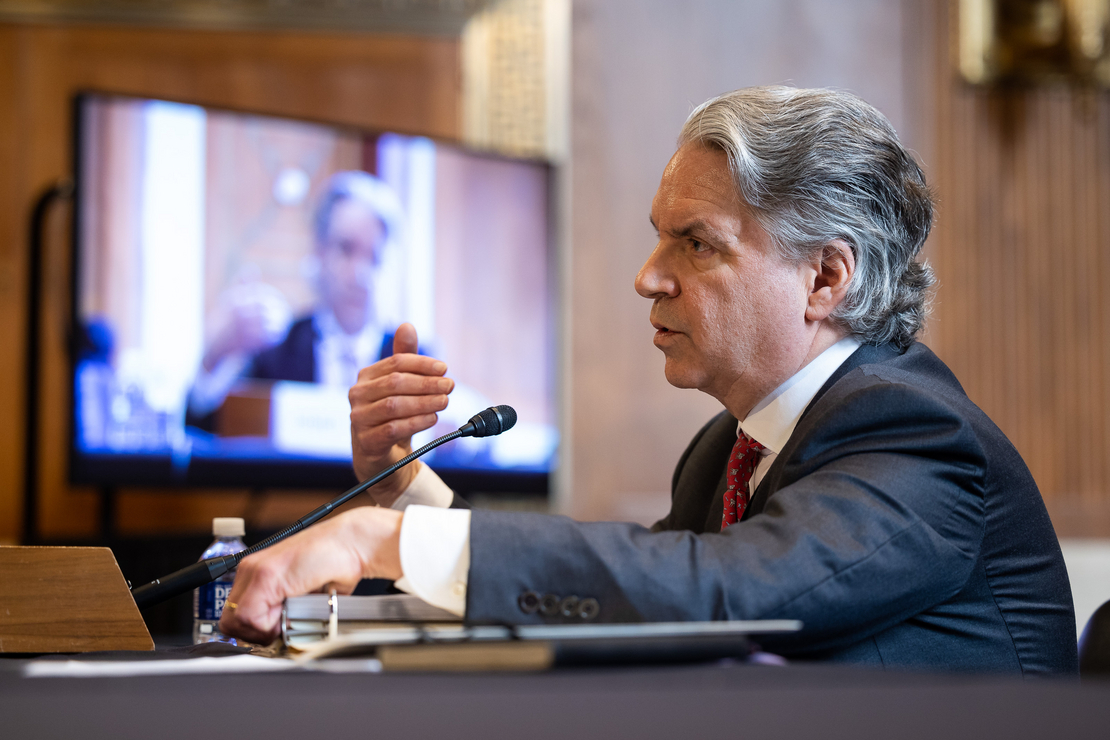 In the wake of a scathing audit, acting EPA air chief Joe Goffman is pledging to come up with a strategy for ending the agency’s chronic inability to meet Clean Air Act deadlines for updating hazardous air pollutant standards for an array of industries.

But executing that strategy will hinge on money, Goffman again acknowledged in a newly released memo.

For starters, the Office of Air and Radiation will conduct a “high-level analysis” to determine the employees and funding needed to complete overdue reviews and meet future deadlines for revisiting the emission standards for various industries, Goffman told EPA’s inspector general.

But that analysis won’t be completed until early next year, Goffman indicated, and a final strategy for carrying out the reviews will come only in 2024. While EPA plans to begin implementation soon after, that step is “contingent on resource funding received” through the congressional appropriations process, he added.

“We plan to seek the necessary resources to implement the strategy in a future budget formulation opportunity (i.e., [fiscal] 2024 and out years),” Goffman wrote.

Goffman’s comments, dated May 27, were posted on the inspector general’s website yesterday. They came in response to the March audit, which implicitly called the Biden administration’s commitment to environmental justice into question by singling out EPA’s continued failure to meet the statutory deadlines for completing the reviews of standards for dozens of industrial sources of pollutants linked to cancer and other serious health problems (Greenwire, March 30).

Because people of color and low-income populations are more likely to live near such sources, the delays “may disproportionately impact communities with environmental justice concerns,” the audit said. Inspector General Sean O’Donnell’s office also urged the air office to conduct a workforce analysis to determine the staffing needed to complete the reviews and come up with the strategy for getting them done. After deeming EPA’s initial response to the audit findings insufficient, O’Donnell now considers the recommendations to be resolved, according to a reply to Goffman also released yesterday.

After setting the hazardous air pollutant standards for a specific industrial source, EPA is supposed to follow up with a review within eight years that looks both at any “residual risk” to public health and whether improved pollution control technology makes additional emission cuts possible. In practice, EPA has routinely flouted those deadlines, often acting only after environmental groups sued to force action. As E&E News has previously reported, the budget for the air office branch with lead responsibility for carrying out the reviews last year was almost one-quarter below the level of a decade earlier.

In an agency with more than 14,000 employees, the branch’s headcount has also consistently totaled fewer than 100, according to figures obtained under the Freedom of Information Act. The odds of Congress providing significantly more money are low; despite Democratic control of both the House and Senate, lawmakers largely rebuffed the Biden administration’s bid for a hefty budget increase for EPA in the current fiscal year.

Even before the audit’s release, however, Goffman wrote that EPA had committed to working on reviews that cover at least 25 source categories by the fall of 2023, including development of “proposed and final actions.” In a proposed settlement to a lawsuit released this week, the agency also agreed to belatedly undertake reviews of the standards for plants that make a variety of products used in plastics and rubber manufacturing (E&E News PM, June 6).