EPA to ban food use of pesticide linked to brain damage 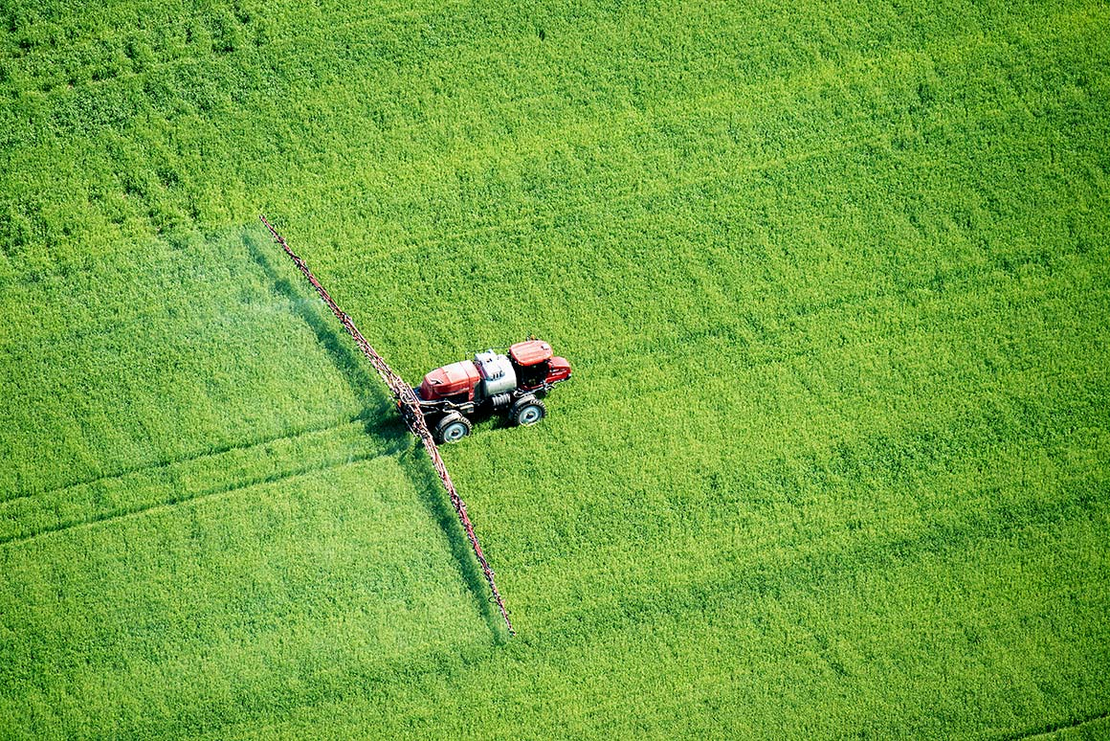 Pesticide is sprayed in a field in Maryland. Remsberg Inc./Newscom

The Biden administration will ban a deeply controversial pesticide used on food — a major victory for environmental justice and public health groups after a legal battle spanning years.

EPA announced today that it will bar the use of chlorpyrifos on food crops, limiting a widely used insecticide repeatedly linked to neurological effects and other health issues. That pesticide is commonly used on crops like corn and soybeans.

“Today EPA is taking an overdue step to protect public health,” said EPA Administrator Michael Regan in a statement. “Ending the use of chlorpyrifos on food will help to ensure children, farmworkers, and all people are protected from the potentially dangerous consequences of this pesticide. After the delays and denials of the prior administration, EPA will follow the science and put health and safety first.”

EPA has been under court order to finalize its rule for chlorpyrifos by this Friday. The 9th U.S. Circuit Court of Appeals ruled in April that the agency must ban all uses of the pesticide on food or retain it only in instances where it will not harm children or workers (E&E News PM, April 29). Studies by EPA and others have shown the organophosphate can lead to developmental issues, among other health impacts.

The new rule will take effect in six months. To comply with the court order, the rule will also be published in its final form, rather than EPA’s typical policy of issuing a draft and allowing for a public comment period.

The battle to ban chlorpyrifos has been raging for years, driven by groups like the environmental legal organization Earthjustice, along with farmworkers who say exposure to the pesticide endangers the health of their communities, especially children. Farm industry groups have meanwhile fought to preserve their access to chlorpyrifos, arguing it is important for the agricultural sector (Greenwire, March 8).

The Obama administration proposed banning chlorpyrifos in 2015. But former President Trump’s EPA quickly unraveled those steps to crack down on the pesticide, in a move advocacy groups panned as a handout to industry. Then-EPA Administrator Scott Pruitt asserted that science did not support the previous administration’s findings on health effects. In a proposed interim decision last December, the agency doubled down on its support for the pesticide.

Even so, the wider push to ban chlorpyrifos has affected businesses. The pesticide’s once-biggest manufacturer, Corteva Agriscience, announced last year that it would cease to make chlorpyrifos after California moved to ban it. Corteva emphasized economics over health concerns (E&E News PM, Feb. 6, 2020). Other states, including New York, Hawaii and Maryland, have similarly banned or restricted the use of chlorpyrifos.

And legal red tape has proved significant. The 9th Circuit’s April decision came after years of litigation and accusations that EPA has dragged its feet on taking action. Since taking office, President Biden has faced significant pressure to finally crack down on the pesticide. In hearings with lawmakers, Regan has pledged to prioritize scientific findings over pressure from industry groups while stopping short of promising a ban (E&E News PM, Feb. 3).

In the lead-up to the decision, advocacy groups had increasingly worried the administration might enact a partial ban, far short of the full-throated action they wanted. Many swiftly celebrated the announcement today as a key victory, particularly for vulnerable populations like children.

“Science has clearly shown that chlorpyrifos is too dangerous to be used to grow our food. The Trump EPA had allowed the continued use of this toxic pesticide, even though they knew it is damaging to human health — especially the developing brains of children," said Miriam Rotkin-Ellman, a senior scientist with the Natural Resources Defense Council. "This will ensure that kids can eat fruits and vegetables free of this neurotoxin.”

Advocates for farmworker rights were particularly vocal about the decision’s implications. Jeannie Economos, a project coordinator for the Farmworker Association of Florida, praised EPA’s plan as "robust" and key to ensuring protections for workers and their families.

“Farmworker children in rural areas are just as valuable as children anywhere in the world, and it is unconscionable that it has taken so long to provide equal protection to these beautiful, yet vulnerable children in our agricultural communities," Economos said.

Key players in the fight against chlorpyrifos also called for EPA to act on other pesticides with similar health concerns. Earthjustice attorney Patti Goldman, who began litigation on the issue 15 years ago, said in a statement that the decision, while welcome, "took far too long" and should be followed by a broader crackdown.

“Chlorpyrifos is just one of dozens of organophosphate pesticides in our fields that can harm children’s development," Goldman said. "EPA must ban all organophosphates from food.”