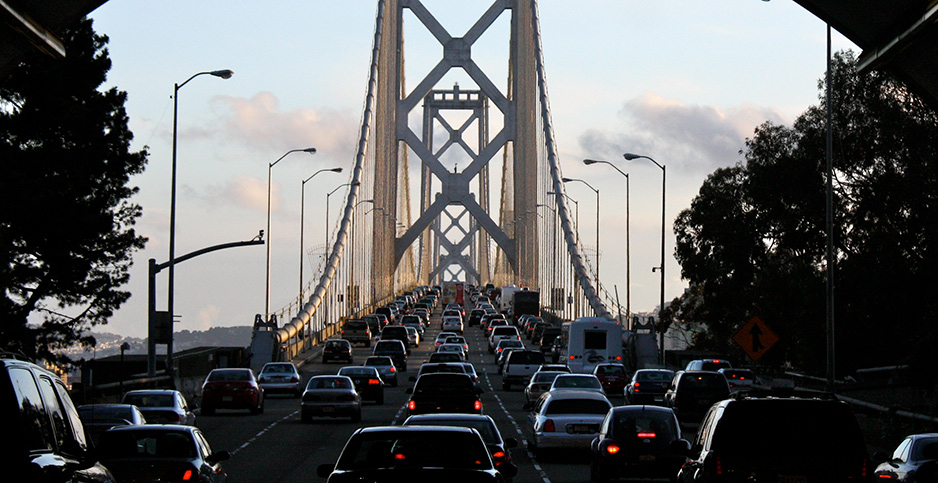 What the Trump administration revoked in the name of national uniformity, the Biden administration is now poised to restore as a crucial tool for cutting greenhouse gas releases from tens of millions of vehicles.

In a notice released this afternoon, EPA formally signaled its intent to return California’s authority to set its own stricter tailpipe emissions standards for light-duty cars and trucks, saying "significant issues" surrounded the 2019 decision to withdraw the state’s Clean Air Act waiver.

"I am a firm believer in California’s long-standing statutory authority to lead," EPA Administrator Michael Regan said in a news release that termed the Trump-era move "legally dubious and an attack on the public’s health and well-being."

In the notice, the agency said it will take public feedback at a June 2 hearing on whether the withdrawal "was a valid and appropriate exercise of authority and consistent with judicial precedent."

In the September 2019 rule, EPA and the National Highway Traffic Safety Administration (NHTSA) teamed up to assert the federal government’s right to preempt state action on tailpipe carbon limits and zero-emission vehicle mandates in the interest of "one national standard." The move was part of a broader rollback of Obama-era vehicle emissions standards under the aegis of the Safer Affordable Fuel-Efficient Vehicles (SAFE) rule.

In a January executive order, President Biden instructed both agencies to consider action to restore the waiver by the end of this month. Last week, NHTSA took the first step with a proposed rule voicing "significant concerns" that the Trump administration likely exceeded its authority with the preemption bid (Greenwire, April 23).

In a note to clients released late Friday, the research firm ClearView Energy Partners LLC also saw a larger strategy afoot. Enabling California and other Democratic-leaning states that follow its lead to pursue tighter light-duty vehicle standards "could give the Biden administration leverage when negotiating with automakers (who would prefer to preserve a unified, national market)," the firm said.

As grounds for now considering the return of California’s exemption under Section 209(b)(1) of the act, EPA officials today noted that the waiver for what is officially known as the state’s Advanced Clean Car Program had been granted in 2013 and questioned whether "proper account" had been taken of the environmental consequences of scrapping it.

At the California Air Resources Board, a spokesperson had no immediate comment.

California and other states that have adopted its standards are challenging the 2019 decision in litigation now on hold before the U.S. Court of Appeals for the District of Columbia Circuit. They have also petitioned the agency to administratively reconsider; EPA will address their concerns in the proceeding announced today, according to the notice.

Under the Clean Air Act, California has long had the authority to set its own tighter tailpipe standards because of the smoggy air and other air pollution problems that plague locales like Los Angeles and the San Joaquin Valley. The 2013 Advanced Clean Car Program combined control of smog- and soot-forming pollutants with greenhouse gas emissions "into a single coordinated package of requirements for passenger cars, light-duty trucks and medium-duty passenger vehicles," the notice says. Following the June 2 public hearing, EPA will take written comments on the reconsideration proceeding until July 6.

Collectively, cars and trucks now make up the single biggest source of greenhouse gas releases in the United States. Under the timetable set in Biden’s January executive order, EPA plans to propose measures to unwind the rollback of the Obama-era fuel economy standards by this July.