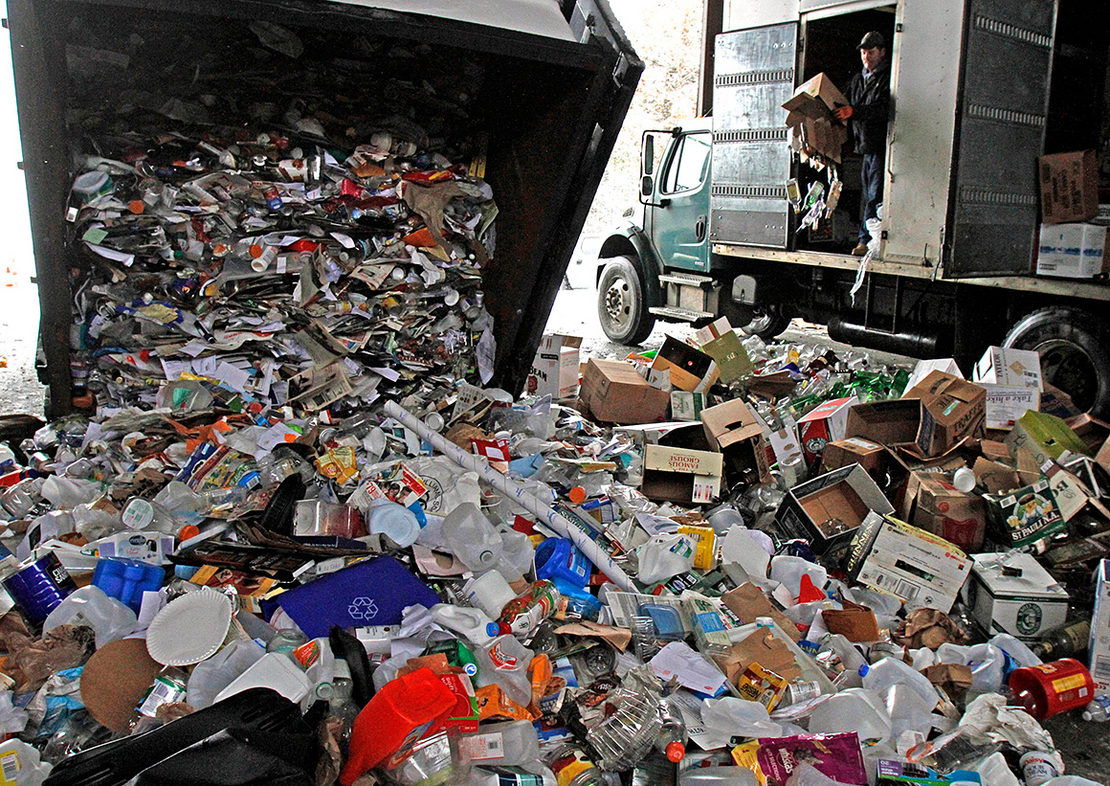 EPA will prioritize environmental justice and climate change under a new recycling plan released today, in conjunction with President Biden putting his signature to a major infrastructure law that will significantly bolster the industry.

The announcement, made on America Recycles Day, reflects a growing emphasis on sustainability that has become more heightened as public concern about issues like waste and plastics pollution mounts. But it is already attracting heat from critics over its vague language and the inclusion of chemical recycling, a process that converts hard-to-recycle plastics into other materials, namely fuel.

Under the plan, EPA said it will continue with its efforts to ramp up U.S. recycling rates to 50 percent by 2030, a goal set under former President Trump. National recycling rates currently hover just over 30 percent, with the number significantly lower for certain materials like plastics. EPA also plans to scrutinize the climate and justice implications of various materials in the waste stream, targeting an area disproportionately associated with environmental inequities.

In a statement, EPA Administrator Michael Regan lauded the plan and linked its release to the $1 trillion infrastructure bill Biden will sign into law later today.

“Our nation’s recycling system is in need of critical improvements to better serve the American people,” Regan said. He added that “together with the historic investments in recycling from the Bipartisan Infrastructure Deal, the strategy will help transform recycling and solid waste management across the country while creating jobs and bolstering our economy.”

Taking a "circular economy" approach, the National Recycling Strategy has leading objectives that range from bolstering data and the process of recycling collection to a major source of ire for recyclers: contamination. Research has found that around 17 to 25 percent of U.S. recyclables may be contaminated.

The plan also includes an assessment of recycling infrastructure, with a commitment to focusing on both environmental justice and what is needed across the country. EPA additionally intends to create a goal of reducing the climate impacts associated with recycling and materials management.

Sacoby Wilson, a member of EPA’s National Environmental Justice Advisory Council, said the plan’s focus on environmental justice will be key going forward. "We have to work with industries that are significant sources of single use products," Wilson said in a statement. "And, when we address recycling, we must address where these waste products come from, where they go, and how they’re impacting the health, sustainability, and quality of life in communities of color.”

But the agency also includes in its plan chemical recycling, sometimes referred to as advanced recycling by industry members (E&E Daily, June 25). Environmental groups have long expressed skepticism about the process, which they say contributes to emissions and fails to address the true scope of plastics issues. The plastics and chemical industries by contrast have heavily backed the practice as a solution to a growing waste crisis.

EPA emphasized that the strategy is only "part one" of what will be a much wider-scale approach to recycling but did not back down from exploring a range of solutions. "All options, including chemical recycling, should be discussed when considering methods for sustainably managing materials," the strategy asserts. "Therefore, chemical recycling is part of the scope of this strategy and further discussion is welcome."

Groups focused on recycling largely indicated optimism about the plan. Dylan de Thomas, vice president of external affairs for the Recycling Partnership, said the strategy spoke to EPA’s ability to take action on recycling and collaborate with a range of groups to produce a path forward.

"We want to applaud EPA for releasing something that looks at sustainable solutions and will increase confidence in the U.S. recycling system," de Thomas said.

He also noted the agency’s shifting lens, which has increasingly accounted for issues of major public concern. "One of the largest shifts that we’ll see this year is the application of environmental justice, as well as a focus on climate change," he said, praising EPA for "really making the direct explicit connections" between issues.

EPA also received high marks from some members of the waste industry, which has increasingly sought help from the government as U.S. recycling numbers struggle. A move several years ago by China and other countries to limit contamination levels in U.S. material led to major market issues and economic turbulence for recyclers nationwide.

And the industry has also become more focused on issues like climate change and environmental justice. Waste sites are disproportionately located near low-income areas and communities of color, while landfills and incinerators are a notable source of emissions. Some environmental groups have increasingly looked at recycling, waste reduction and actions like composting as potential solutions to those challenges.

David Biderman, CEO of the Solid Waste Association of North America, told E&E News that his organization received a briefing on EPA’s strategy last week. "We are pleased that EPA expanded the strategy and is looking at recycling as a tool for combating climate change," Biderman said, adding that the trade group "is committed to working with EPA and other important stakeholders to successfully implement this ambitious strategy.”

Robin Wiener, president of the Institute of Scrap Recycling Industries, also lauded EPA for "championing" causes recyclers have long advocated and for seeing recycling as a key environmental solution.

Plastics proponents also cheered the strategy. Joshua Baca, who leads the American Chemistry Council’s plastics work, cheered the inclusion of chemical recycling in particular. "Advanced recycling is critical for achieving a more circular economy for plastics," he said in a statement, calling on EPA and Congress to further create paths for the industry to advance its work.

Others were less pleased with the plan, in no small part because of the elements embraced by ACC and other groups. Plastics recycling nationwide hovers under 9 percent, according to EPA’s most recent analysis.

"It is good that the EPA did a plan, I just wish it was a better plan," said Judith Enck, who served as an Obama-era EPA regional administrator and now heads up the group Beyond Plastics.

Like others, Enck pointed to the growth of single use plastics as a daunting problem looming large for the agency. Calling it "the top challenge to effective recycling," Enck panned EPA’s willingness to explore chemical recycling as a path forward.

"It is a gift to the chemical industry and a setback for efforts to reduce the generation of plastics, which not only damages water quality but also contributes to climate change problems," she said.

Even those pleased with the strategy are somewhat concerned about how EPA will ultimately meet its goals, particularly the aim of bolstering rates to 50 percent. Multiple stakeholders quietly observed that the agency’s hands are somewhat tied and reliant on Congress.

The recycling goal, proposed under former EPA Administrator Andrew Wheeler, also came with few details about how the agency plans to meet it. While industry members agree the Biden administration could not afford to backtrack on the number, several said they were hoping the agency would soon lay out more details.

One cause for hope is a major victory for the recycling industry — Biden’s signature on the much-anticipated bipartisan infrastructure bill.

That sprawling law provides $275 million for a recycling infrastructure grant program created by the "Save Our Seas 2.0 Act" passed in 2020 and signed by Trump. It also includes $75 million dedicated to boosting recycling education and consumer participation with language from the "RECYCLE Act" (S. 923) incorporated in the final product.

That funding is balm for recyclers and many hope it will help EPA put measures into motion. In some ways the money falls short — the Recycling Partnership has estimated some $17 billion might be needed to fully boost recycling infrastructure nationwide. But TRP’s de Thomas said movement in Congress coupled with EPA’s strategy had left him upbeat.

"I think it’s really great that we’re seeing bipartisan continuation of this recycling focus," he said. "I really see this as continuing and deepening that work."