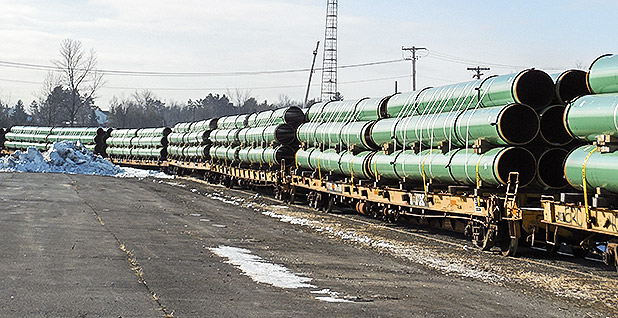 The commission has been soliciting feedback on its pipeline review process for months, and EPA’s climate-focused remarks last month took many by surprise.

The letter did not take a position on whether FERC should use these tools or in what contexts, but simply noted that they were available. It was pointedly vague, referring to "situations where FERC decides to conduct analyses of GHG emissions impacts of proposed projects."

"[Social cost of carbon] estimates may be used for project analysis when FERC determines that a monetary assessment of the impacts associated with the estimated net change in GHG emissions provides useful information in its environmental review of public interest determination," the original EPA letter read.

Bolen’s clarification, filed yesterday as FERC’s comment period closed, stresses that the National Environmental Policy Act and related regulations do not require FERC to monetize the impacts of greenhouse gas emissions and notes that the social cost of carbon may not be an appropriate tool for analyzing individual projects.

EPA did not immediately respond to questions about Bolen’s clarification or whether the June comments were authorized.

The June letter was particularly notable for its discussion of the social cost of carbon, which FERC’s Republican majority has argued is not meant for projects.

Avi Zevin, a staff attorney at the Institute for Policy Integrity, told E&E News in June that in the normal course of events, EPA sending recommendations to FERC is not unusual, but that its focus on tools to measure emissions was notable in light of the Trump administration’s moves to undo climate regulations.

Democratic Commissioner Richard Glick has since referenced the original EPA comments as support for his position that FERC should take a closer look at the indirect climate impacts of pipelines.