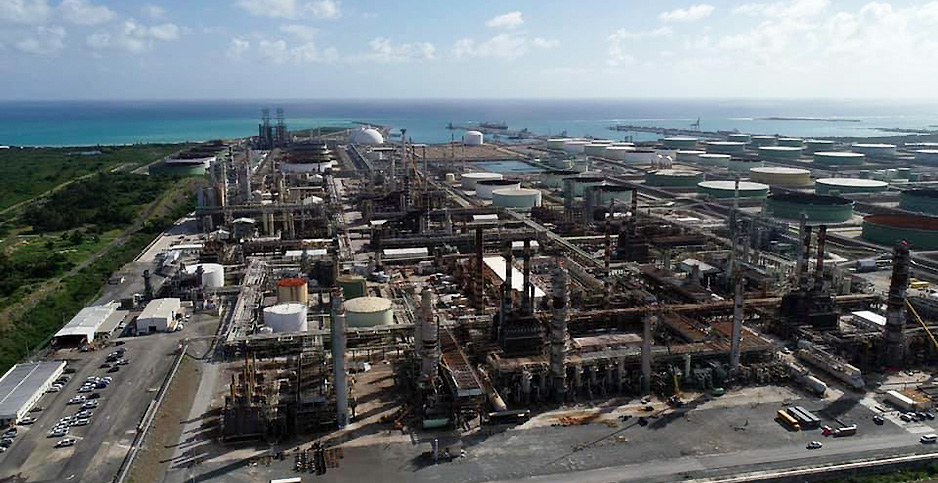 A view of the Limetree Bay refinery. VITEMA/Facebook

EPA told the new owners of a shuttered U.S. Virgin Islands oil refinery that they may need a new Clean Air Act permit, a hurdle that could significantly slow any plan to reopen the plant.

While regulators are still gathering information, there are “strong indicators to suggest” that the Limetree Bay refinery must get a Prevention of Significant Deterioration pre-construction permit before restarting operations, Liliana Villatora, an air branch chief in EPA’s New York City-based regional office, wrote in a letter today to lawyers for West Indies Petroleum Ltd. and Port Hamilton Refining and Transportation LLLP, which jointly bought the facility at a bankruptcy auction late last year (Greenwire, Dec. 22, 2021).

Under the act, large industrial operations must get a PSD permit before beginning work on a “major modification” expected to lead to a significant increase in emissions of pollutants like soot and sulfur dioxide. In the letter, Villatora did not spell out why EPA suspects the permit is needed but asked the two companies to reply as soon as possible to a series of questions related to the plant’s brief reopening last year and their plans for its future, along with their own analysis of “PSD applicability.”

“Given the concerning incidents at this facility that previously endangered the health of the people who live and work in surrounding communities, we will carefully review the information we receive and any new plans before determining our next steps in the permitting process,” EPA Region 2 Administrator Lisa Garcia said in a statement accompanying the letter’s release.

A spokesperson for the owners did not immediately reply to emailed questions this afternoon asking if they have a schedule for reopening, The standard review period for a PSD permit application is a year, although the amount of time actually needed can vary.

Under its previous owner, the refinery, located on St. Croix, was subject to an EPA emergency shutdown order last May after flaring accidents rained oily mist on nearby residents and led to large releases of hydrogen sulfide and sulfur dioxide, according to a federal lawsuit brought by the agency. The owner at that time, Limetree Bay Ventures LLC, then filed for Chapter 11 bankruptcy reorganization two months later (Greenwire, July 13, 2021).

Capable of refining more than 200,000 barrels of crude per day, the refinery had reopened in early 2021, following a nine-year hiatus preceded by a string of oil spills and alleged Clean Air Act violations. In a separate letter earlier this month, EPA had outlined other requirements, including the need for fence-line monitoring for benzene, a carcinogen. Accompanying that letter was a copy of an earlier email from EPA air enforcement official Harish Patel questioning Limetree’s explanation of benzene concentrations last year that were higher than the 9-micrograms-per-cubic-meter “action level.”

“EPA is concerned that Limetree’s evaluation of corrective actions is inadequate and fails to commit to any changes to avoid future exceedance of the action level,” Patel wrote in the email. To properly comply, he added, “EPA expects that Limetree or a new owner will resubmit a proper root cause analysis to identify appropriate corrective actions; EPA strongly encourages that the corrective actions be identified and implemented before any refinery restart.”