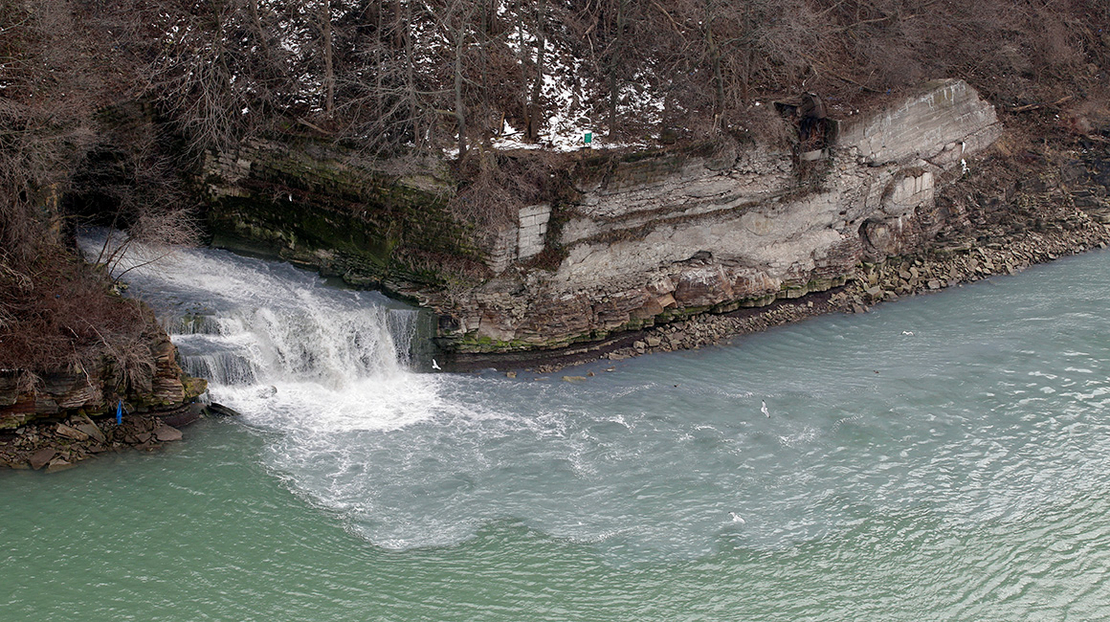 Effluent from the Niagara Falls Wastewater Treatment Plant is discharged into the Niagara River near the American Falls. AP Photo/David Duprey

EPA is seeking to bolster public health and environmental protections through new wastewater regulations that include the first limitations on "forever chemicals."

Amid mounting pressure to crack down on water contaminants, the agency yesterday released its latest preliminary effluent guidelines plan, including an announcement concerning three new rulemakings. Those newer components target nutrient discharges as well as contamination from per- and polyfluoroalkyl substances, also known as forever chemicals.

"To protect drinking water supplies, recreational waters, and aquatic ecosystems, it is essential that we utilize the latest scientific and technological breakthroughs in wastewater treatment," Assistant Administrator for Water Radhika Fox said in a statement. "This plan illustrates one way that EPA is following science to better protect public health and the environment."

Fox also emphasized the agency’s focus on PFAS, which are the target of two out of three of the new rules. EPA determined that revised effluent limitations guidelines, or ELGs, and pretreatment standards were warranted for sites that produce organic chemicals, plastics and synthetic fibers. Additionally, EPA will update regulations for metal finishing to include PFAS, which will impact chromium electroplating facilities.

EPA develops ELGs, or national wastewater discharge standards on an industry-by-industry basis. To date, EPA has issued limits for 59 industries that apply to hundreds of thousands of facilities that discharge into waterways or sewage treatment plants.

The third rule announced yesterday will target nutrient discharges from meat and poultry products plants. Nutrient-laden wastewater has been a source of controversy for years, with environmental groups often critical of EPA’s water pollution standards for facilities like slaughterhouses (Greenwire, Dec. 18, 2019).

Environmental groups including the Environmental Integrity Project and Earthjustice that sued EPA in 2019 over water pollution limits for slaughterhouses praised the agency’s announcement. “It’s great news that EPA, in response to our lawsuit, will be finally modernizing the standards for meat and poultry plants across the country, which had not been updated since at least 2004, leading to an excessive amount of water pollution,” said Sylvia Lam, an attorney for EIP.

EPA is under pressure to take action on PFAS across a number of areas, including in wastewater. Analysis conducted by the Environmental Working Group has found tens of thousands of industrial sites linked to confirmed or possible PFAS contamination, with plastics and electroplating sites among the biggest polluters.

There are currently no EPA regulations outlining limits for manufacturers that discharge PFAS into the environment, a gap that has drawn some attention from lawmakers. Rep. Chris Pappas (D-N.H.) welcomed the new measures in a statement calling the rules "long overdue" while emphasizing the need for more aggressive action.

"These regulations are an important step forward in protecting our water and addressing one of the most pressing environmental issues facing our nation today," Pappas said. "But we need additional protections to safeguard the environment and public health, and the EPA should expand these regulations to other known industries that are actively discharging these forever chemicals."

EPA is also looking into other sources of PFAS, namely landfills and textile mills. Waste sites in particular are rife with PFAS contamination, due to the widespread nature of the chemicals in everyday consumer products. That reality has led to calls from environmental groups for the agency to improve its guidance on PFAS disposal (Greenwire, Feb. 24).

EPA yesterday also confirmed it has initiated a rulemaking to limit wastewater pollution from steam electric power plants. The agency announced this summer it would craft stricter limits while allowing a Trump-era rule to remain in place (E&E News PM, July 26).