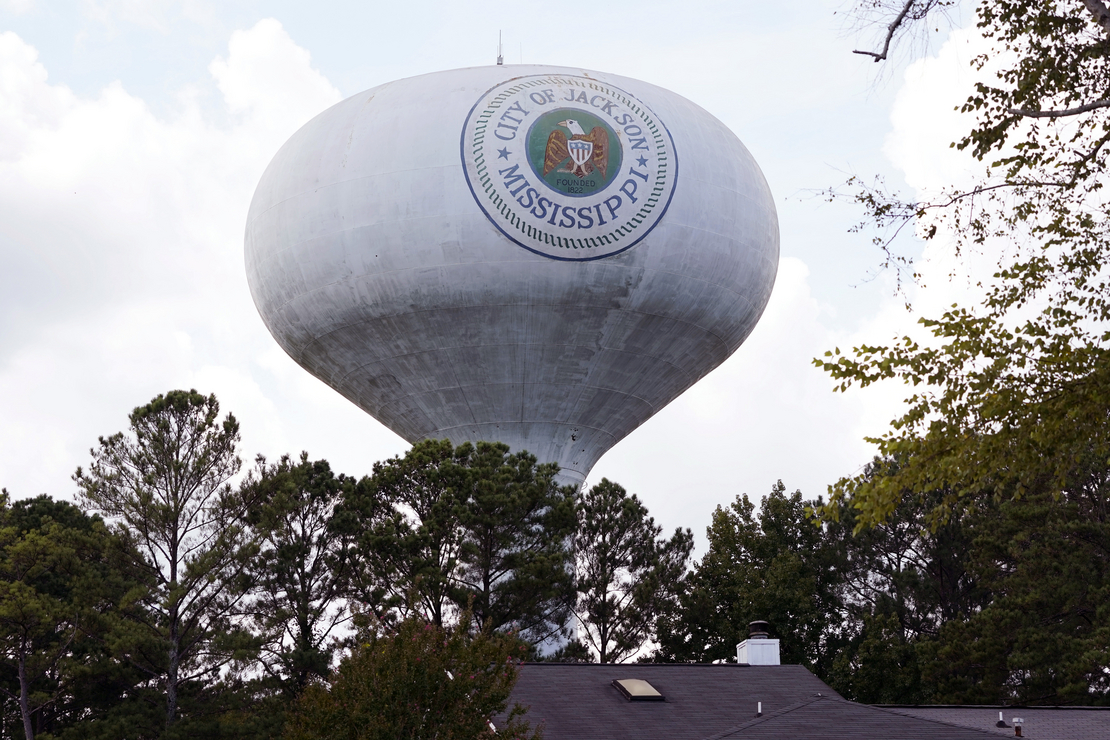 EPA’s inspector general Wednesday launched two formal reviews of a water outage that plunged Mississippi’s capital city into crisis mode in August, a move that will shed light on both the federal response and accusations that the state blocked funding to upgrade a beleaguered water treatment plant there.

The stepped-up oversight arrives on the heels of EPA Administrator Micheal Regan’s fourth visit in a year to Jackson. On Tuesday, he appeared alongside Jackson Mayor Chokwe Antar Lumumba and vowed to pursue a “judicially enforceable solution” for managing the O.B. Curtis Water Treatment Plant. Floodwaters from the bloated Pearl River contributed to problems at the facility this summer, fueling a drop in pressure and leaving 150,000 people without safe drinking water (Greenwire, Nov. 15).

The inspector general’s office in a release said it plans to evaluate EPA’s response and oversight of drinking water contamination in Jackson, as well as conduct an audit of funding and spending decisions at the state and local level that may have fueled the crisis. The watchdog said the decision stems from information it began gathering in September (Greenwire, Sept. 12).

“The EPA OIG acted swiftly this past September, as it came to light that a water contamination crisis was severely impacting the community of Jackson, Mississippi,” Inspector General Sean O’Donnell said in a release. “Based on what we learned through an initial inquiry on the ground there, my office now will pursue formal, comprehensive reviews to understand fully how the EPA conducted oversight of the water system and how Drinking Water State Revolving funds were awarded and expended.”

The inspector general said it plans to issue final reports from both reviews tied to Jackson between July and September next year but cautioned that timeline can change.

EPA did not immediately respond when asked for comment.

O’Donnell emphasized that the IG takes the job of oversight and responses to environmental emergencies seriously and gave a nod to the watchdog’s investigations into lead crises in the Michigan cities of Benton Harbor and Flint, as well as a fuel spill at a storage facility in Hawaii.

The IG in recent years has dinged EPA for a “delayed” response to the disaster that erupted in Flint, Mich., in 2014, when officials began drawing drinking water from the Flint River without adequate treatment, failing to prevent lead leaching from service lines into the distribution system.

The inspector general is also reviewing EPA’s response in Benton Harbor, Mich., another majority-Black city on Lake Michigan where residents for years have been plagued with levels of lead in their tap water higher than what the federal government considers acceptable.

While EPA has said it offered guidance and oversight as Michigan dealt with the crisis there, activists say the state and federal responses were sluggish and that EPA wouldn’t have taken enforcement action without their repeated calls for action (Greenwire, June 23).

The IG’s two investigations will likely shed light on EPA’s oversight of long-standing staffing and maintenance issues that have plagued Jacksons’ water system, as well as accusations the city faced barriers in accessing federal dollars.

The first investigation will specifically examine violations of the Safe Drinking Water Act at the city of Jackson’s community water system, work that the watchdog said will touch on EPA’s headquarters, the agency’s Region 4 Office, the Mississippi State Department of Health and the city of Jackson.

The O.B. Curtis plant has for years fallen on EPA’s radar, including fault-finding inspections to consent decrees and as a focus of the Biden administration’s environmental justice push (Greenwire, Aug. 31).

EPA’s inspector general is also conducting an audit to identify “award and expenditure decisions” at the state and local level related to Jackson’s water system, with a focus on Clean Water and Drinking Water state revolving funds.

Funding around the Jackson water crisis has already triggered congressional investigations, a civil rights complaint and fueled a clash between the city’s mayor and the state’s Republican leadership.

Mississippi Gov. Tate Reeves (R) earlier this month rejected accusations that his administration blocked funding from reaching Jackson, instead casting blame on the city for “ongoing and historic mismanagement” of the water system, asserting that the facility swung from making profits in 2012 to a $17 million deficit in 2019.

Reeves’ comments came in response to both congressional investigations and a civil rights complaint that the NAACP filed — and EPA has taken up — in which the group accused the state of Mississippi of awarding funds from the loans to Jackson just three times in the past 25 years, while funneling more money to majority-white areas in Mississippi despite their less acute needs (Greenwire, Oct. 21).