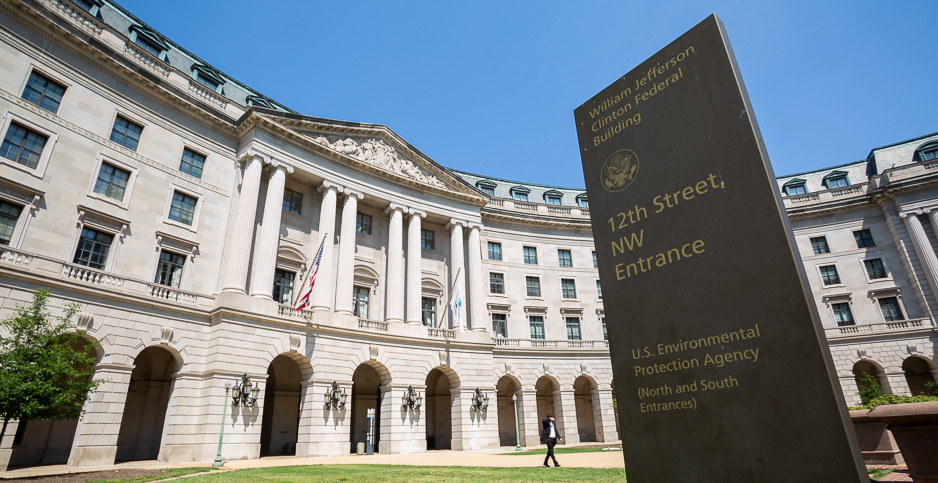 Anticipation and efforts to fine-tune rollout plans marked the wait at EPA for the Supreme Court’s landmark climate ruling. Then commotion ensued as the agency clambered to understand and respond to one of the most consequential legal decisions in its history.

Emails obtained by E&E News under the Freedom of Information Act shed more light on what had become an exceptionally tense period at EPA as it braced for the ruling in West Virginia v. EPA in June. Senior staff had drafted public statements to release once the case was decided.

Some prepared for a worst-case scenario.

“Please see the latest version of the Administrator’s statement *in case of* a particularly destructive decision by the Court,” Maria Michalos, EPA’s deputy associate administrator for public affairs, said in an email the day before the ruling came down.

She added, “The Administrator still needs to review but he knows it’s coming his way soon.”

Agency press officials developed a rollout plan and sought approval from the general counsel and the air offices before sharing materials with the media.

Confusion reigned as EPA aides prepared for a multitude of outcomes. Kevin Culligan, a senior policy director in the Office of Air Quality Planning and Standards, scrutinized options for an agency statement on whether the decision would allow or block “generation shifting” — moving power plants away from coal as a fuel source across the industry.

“It is far from clear that anyone will understand whatever nuance it is that we are trying to convey between the following two choices,” Culligan said in an email. “Definitely not going to debate what were likely hotly debated words, just perplexed.”

Michalos told E&E News, “In the days leading up to the Supreme Court ruling in West Virginia v. EPA, the agency prepared for a range of potential eventualities.” She added, “Consistent with the law, EPA will continue to move forward pursuant to its authority under the Clean Air Act to regulate greenhouse gas pollution from power plants.”

The Supreme Court did ultimately bar generation shifting in the 6-3 opinion led by its conservative majority. The decision spelled trouble for efforts modeled on the Clean Power Plan, the Obama-era EPA rule designed to curb power plants’ carbon emissions.

EPA officials pored through the opinion after it was released.

Profeta is expected to be one of the top EPA officials to help write the agency’s next power plant regulation. He is serving at the agency under an Intergovernmental Personnel Act assignment from Duke University, which has been extended to Aug. 1 next year, Michalos with EPA confirmed. The power plant rule, expected to be issued next year, will now have to take into account the Supreme Court’s opinion (Greenwire, July 13).

“Clearly states that we can not base emission caps on generation shifting therefore CPP approach is not allowable,” Culligan said in an email — its subject line “West Virginia vs EPA – my quick take” — adding he was interested to see if people thought EPA could base emission caps on technology.

“Does not look problematic for oil/gas,” Culligan concluded.

Howard Hoffman, an EPA attorney in the air law office, noted the ruling said the Clean Power Plan was “unlawful” while the Affordable Clean Energy Rule, the Trump administration’s power plant regulation, was not reinstated but remanded to circuit court.

“Thus, the ACE Rule remains off the books for now,” Hoffman said in an email.

After providing an interim FOIA response to E&E News last week, EPA yesterday said it accidentally released some documents. The agency requested those documents be deleted and not distributed.

E&E News declined that request. Some of the records in question are cited in this story.

Others at EPA looked into how the Supreme Court decision could affect not the agency’s forthcoming power plant rule but other regulations.

“I’ve been reading and re-reading the opinion to see if it impacts our good neighbor proposal,” Daniel Schramm, another EPA attorney, said in an email. “My overall impression so far is generally that it does not, though we’ll want to think closely about even the small roll [sic] generation shifting was playing.”

EPA’s “good neighbor” plan, proposed in March, would cut smog-forming emissions from power plants and other industry sources that travel across state lines.

In another email, an EPA official asked, “Is it possible that a rule such as an adjustment to the ozone levels (which I think is already well within our authority) could be found to a Major Question since it could have a potentially large impact?”

The court’s opinion discussed the “major questions” doctrine, which requires agencies like EPA to have clear authorization from Congress to justify any sweeping regulations.

Nicholas Swanson, an environmental engineer in the Energy Strategies Group, responded that he didn’t think the decision would have a broad impact across EPA rules if the agency was regulating pollutants it had “expressed authority” for.

“I don’t think that it would trigger the major questions doctrine as it would be in line with what and how Congress envisioned the program,” Swanson said.

Others stressed EPA remained a powerful regulator after the court’s decision.

“Let me know if you want to connect,” Goffman said.

EPA officials also sought to huddle together after the decision. Deputy Administrator Janet McCabe asked to arrange a meeting with staff from the legal and air offices who worked on the case.

“I’d like to thank the team and give folks a chance to talk about the decision,” McCabe said.

“She’s not interested in a briefing on the subject matter or plans going forward,” Goffman emailed a colleague. “Otherwise, it would be a perfectly ridiculous request.”

Internal EPA meetings were scheduled and rescheduled as each day passed without the opinion.

“Theory is that someone is still hard at work on [the] dissent,” Culligan said in an email.

The day before the decision was released, McCabe said staff should provide EPA’s regional administrators with a summary and bullet points as well as set up a call to take their questions.

“I heard from one RA whose comment was ‘we lost.’ So we should give them something else to say,” McCabe said.

Once the decision was released, EPA hummed into action to respond. Agency staff wrote and dissected a tweet over email. They reviewed an agencywide message to be signed by Regan.

Several outside the agency wrote to EPA, lamenting the ruling.

“Jesus fuckin’ Christ. Talk about judicial activism,” Michael Levin, founder of the Michael H. Levin Law Group PLLC, said in an email to Goffman. “They apparently did everything but reverse MA v EPA, in a case that wasn’t even a controversy b/c there was no rule for review before them.”

She noted that authority was underscored when earlier this month, President Joe Biden signed into law the climate, health care and tax package that included language defining carbon dioxide as an air pollutant under the Clean Air Act for the first time (Climatewire, Aug. 24).

EPA officials also shared among themselves press stories blasting the decision and the high court.

Before the ruling came down, Cynthia Giles, senior adviser for EPA’s air office, sent an email to Goffman that included the headline of a Vox article that went after the Supreme Court, with a link posted below.

Goffman, as well as Giles and McCabe, are all Obama EPA veterans. They were all at the agency in 2016 when the Supreme Court stayed the Clean Power Plan. Internal reaction then was of shock and despair, according to a batch of emails obtained by E&E News under FOIA (Greenwire, June 3, 2016).

Goffman appears to be sanguine this time around. His response to an EPA aide, albeit redacted, heartened her.

“Phew!” the aide said. “Glad to know you feel optimistic.”

“The day the Court stayed the rule — February 9, 2016 — was much worse than yesterday,” Goffman replied.