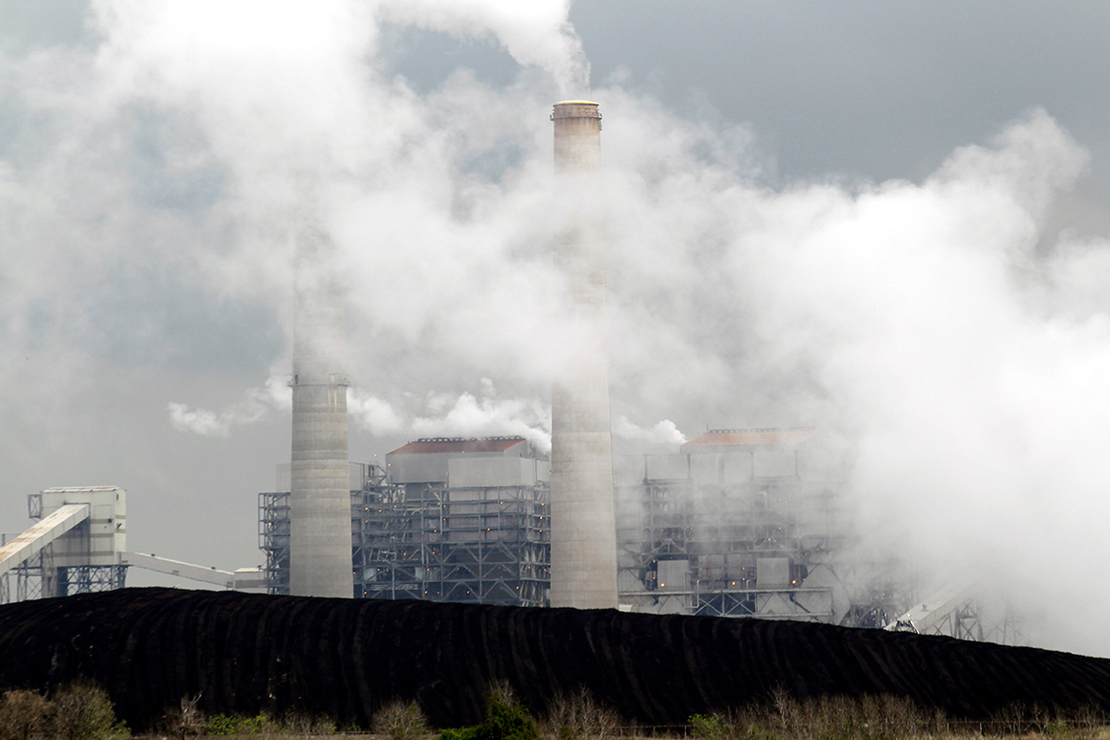 An upcoming EPA proposal is expected to restore the legal basis for regulating mercury emissions from power plants. AP Photo

Now employed by the West Virginia attorney general’s office, Cheren was first in line to formally weigh in with the Biden White House regulations office on an EPA proposal likely aimed at restoring the legal footing for those landmark regulations, records show.

In what resembles a film run backwards, he’s among the players returning to the fray engulfing a particularly contested Trump administration rollback: the scrapping last year of the statutorily required determination that it is “appropriate and necessary” to regulate hazardous power plant emissions.

Under a fast-track timetable set as soon as President Biden took office, EPA is now moving forward with a draft rule expected to reinstate that determination.

Early last month, the agency sent the draft — which could soon be made public — to the White House regulations office for a routine review (Greenwire, Aug. 4). Since then, more than two dozen representatives of utilities, advocacy groups and other state attorneys general have trouped through virtual meetings with White House and EPA staffers to voice now-familiar views, according to online government records. Some have even re-upped written comments and other feedback from two years ago when Trump administration officials were pushing the rollback through.

Almost a decade after EPA issued a historically far-reaching air quality rule, the show of interest in a three-word legal catchphrase testifies to the high stakes that surround its long-term future.

“This is definitely an issue we care about a lot,” said Ann Jaworski, a staff attorney with the Environmental Law and Policy Center, a Chicago-based environmental group arguing that the case for what are formally known as the Mercury and Air Toxics Standards, or MATS, has only gotten stronger over time. A new “well-justified” appropriate and necessary determination, Jaworski added, would also help clear the path for tightening the original emission limits, a step that acting EPA air chief Joe Goffman has said is possible (Greenwire, June 7).

For power producers who have long since come into compliance with MATS after losing a hard-fought court battle, their objective similarly remains unchanged: regulatory certainty.

“It’s important that the legal basis for MATS be in place,” said Debra Jezouit, a partner at the law firm Baker Botts LLP, who represents a coalition of power producers that joined other business groups for a White House teleconference Tuesday.

Also on hand was Alex Bond, deputy general counsel for climate and clean energy at the Edison Electric Institute, which represents investor-owned utilities. While the actual emission standards generally remain in place, the industry worries that state regulators could balk at allowing individual utilities to recoup compliance costs from customers now that the legal foundation for the regulations has been erased. Although that hasn’t happened yet, “it remains an ongoing concern,” Bond said.

Under the 1990 Clean Air Act Amendments. EPA had to set hazardous pollutant emission standards for dozens of industries. But only for the power sector — then the nation’s single large source of mercury, a neurotoxin that can affect babies’ brain development — did the agency first have to find that it was appropriate and necessary to proceed.

In part because of that hurdle, it wasn’t until 2012 that the power industry standards were published. The projected $9.6 billion in annual compliance costs ranked them among the most expensive environmental rules ever issued, although those costs were dwarfed by expected health upsides worth at least $37 billion as measured by fewer premature deaths, missed work days and other markers.

However, almost all the dollar gains were attributable not to cuts in mercury and other pollutants directly targeted by the standards, but to the “co-benefits” of a predicted drop in airborne levels of the dangerous fine particles often known as soot.

In 2015, the disparity drew the attention of Supreme Court Chief Justice John Roberts during oral arguments on the legal challenges to MATS brought by utilities and some states. In a 5-4 opinion issued later that year, the high court left standards in place but faulted EPA for failing to consider the cost to the industry when making the appropriate and necessary determination. The agency responded in 2016 with a “supplemental finding” reaffirming its original decision.

But in what critics saw as a willful misreading of the Supreme Court’s opinion, Trump administration appointees maintained that the rule’s lopsided reliance on co-benefits was a fatal flaw. In May of last year, EPA formally revoked the determination.

While the standards themselves were kept intact for all but a handful of small plants in West Virginia and Pennsylvania that burn coal refuse, opponents feared that the administration’s move opened the door to further legal attacks.

Those forebodings were confirmed when Westmoreland Mining Holdings LLC, a Colorado-based coal company, swiftly sued to void the emissions limits, now that their legal underpinning was gone (Greenwire, May 22, 2020). Among Westmoreland’s attorneys at the time was Cheren, then in private practice with the law firm Baker and Hostetler LLP. Two months later, however, he withdrew from the case and left the firm, according to court records and his LinkedIn profile.

Westmoreland later won permission from the U.S. Court of Appeals for the District of Columbia Circuit to put proceedings on hold until the fate of the appropriate and necessary determination is settled (E&E News PM, Sept. 28, 2020).

Cheren is now a special assistant to West Virginia Attorney General Patrick Morrisey (R). A week after EPA sent the draft rule to the White House last month, he was the first outside party to meet with White House and EPA officials, according to the online records, which offer no indication of what was discussed.

While West Virginia is among the states challenging the supplemental finding in a long-moribund package of litigation also before the D.C. Circuit, a Morrisey spokesman did not reply to phone and email messages seeking more information on the meeting’s gist. Cheren did not reply to a Twitter message.

For appointees of President Biden, undoing the Trump-era rollback is a priority.

In a January executive order, Biden instructed EPA to come up with a proposal to rescind, revise or suspend it by last month. An EPA spokesman, noting that the resulting draft rule is still under White House review, yesterday declined to comment on when it will be made public or confirm reports from people following the process that it does not propose to strengthen power plant emission standards at this time. EPA has not set a public deadline for issuance of the final rule.

Still to be seen is whether the denouement quells the legal wrangling over MATS for good or merely marks another episode in a protracted regulatory saga that has persisted despite the power industry’s buy-in.

“It’s been a very long time,” said Sean Donahue, a lawyer in private practice who joined Environmental Defense Fund staffers in a separate White House meeting last month and will also participate in a webinar this afternoon with other MATS backers. “Hopefully, it will wrap up very soon, because on the ground there’s not a need for lots more fighting about it.”