Eric Lander’s resignation welcomed on and off Capitol Hill 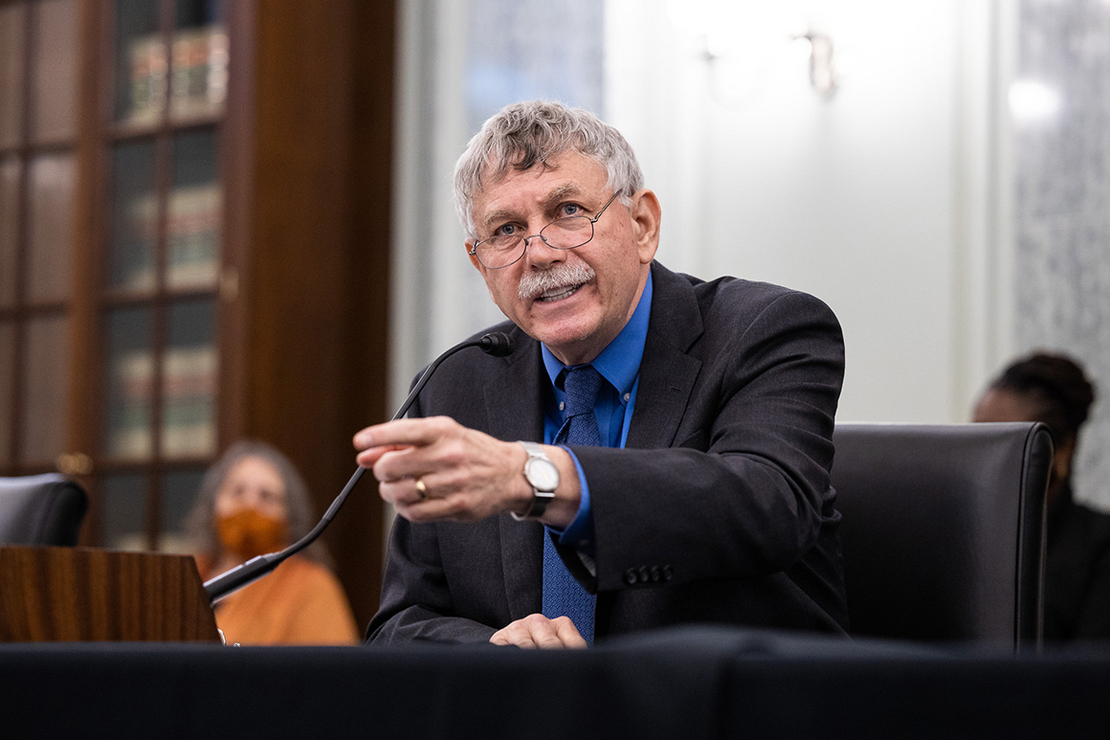 Lawmakers on both sides of the aisle are welcoming the resignation yesterday of White House science adviser Eric Lander.

Lander stepped down after a White House investigation revealed evidence that Lander had bullied subordinates. The renowned mathematician and geneticist apologized, but the administration confirmed his departure as pressure intensified (E&E Daily, Feb. 8).

Rep. Anna Eshoo (D-Calif.), chair of the Energy and Commerce Subcommittee on Health, where Lander had been scheduled to testify, said the former Office of Science and Technology Policy head is “one of the nation’s most brilliant scientists” but that “resigning was the right thing to do.”

Even though the White House probe did not find evidence of gender discrimination, allegations of bias have followed Lander. “Women are not lesser beings,” said Eshoo this morning.

Lander was set to answer questions about a $6.5 billion health-related innovation plan. Lander and his team were also working on breakthroughs to address climate change. Still, observers say his departure is a positive development.

Rep. Brett Guthrie (R-Ky.), the subcommittee’s ranking member, said that while Lander would have provided the panel with insight about the White House’s actions, “I’m glad he’s not here today.”

Lander, 65, downplayed gender in his apology letter, writing that “it is clear that things I said, and the way I said them, crossed the line at times into being disrespectful and demeaning, to both men and women.”

White House press secretary Jen Psaki said yesterday that Lander was facing disciplinary actions as a result of the internal investigation that found “credible evidence” of staff mistreatment. But reporters and Biden administration critics wondered about the administration’s zero-tolerance policy.

Lander’s resignation is effective Feb. 18, and it’s unclear who will replace him. Deputy Jane Lubchenco is an accomplished marine biologist backed by the group 500 Women Scientists, who preferred her over Lander. She headed NOAA during the Obama administration and holds a bevy of national awards (Greenwire, May 25, 2021).

Emily Pinckney, the group’s executive director, said Lander’s behavior “is very typical of white male power” in the sciences. “They bring in a lot of money for the universities.”

Pinckney said the group would support either Lubchenco or Alondra Nelson, deputy director for science and society at OSTP, for the top post. She noted that Nelson, a Black woman, would make a good choice because Black Americans have been hit the hardest by the pandemic.

Laurie Garrett, a Pulitzer Prize-winning science journalist, on Twitter today urged President Biden to consider Jo Handelsman, director of the Wisconsin Institute for Discovery at the University of Wisconsin, Madison, who served in the Obama administration.

University of California, Davis, biologist Jonathan Eisen, who started a petition yesterday calling for Lander’s firing, did not suggest a name to replace him but said it’s important “to have someone in charge of OSTP who can work with the White House, and Congress and the Senate and various agencies.”

“But my guess is Lander’s interactions with people outside OSTP were also not good,” Eisen said. “Therefore, I think a new person could actually help advance Biden’s science-related agendas more effectively than Lander could have.”