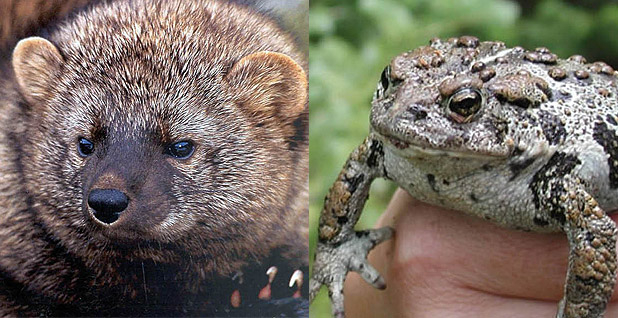 In 2017, the Trump administration’s first year, FWS classified 7,815 acres as critical habitat. That was significantly less than for any other year in the prior decade, the study shows.

During the Obama administration’s final run around the sun, 2016, FWS designated more than 5.8 million acres as critical habitat for species protected under the ESA.

The telling ESA data points are compiled in a report intended to inform a debate over the Fish and Wildlife Service’s and NOAA Fisheries’ proposed regulatory revisions. The numbers paint a picture, though one often lacking in finality about the likely impacts of the proposed changes.

Advocates of all stripes are now chewing over the proposed ESA changes, which were made public last month and will be open for comment at regulations.gov through Sept. 24.

Some of the revisions are quite technical. Some appear more eye-catching (Greenwire, July 20).

Under the plan, officials would prioritize areas occupied by the species before considering unoccupied areas for critical habitat. Cost-benefit analyses could be presented as part of a listing proposal.

The "blanket 4(d) rule," which essentially gives threatened and endangered species the same protection, would be replaced by case-by-case consideration.

"We think that many of them merely codify current practice and some could even advance species conservation … [while] certain proposals would likely hinder conservation," Ya-Wei Li, director for biodiversity with the Environmental Policy Innovation Center, wrote in an email.

While calendars, court settlements and other relatively apolitical reasons can drive ESA actions and account for spikes in timing, the FWS report enumerates at least some slowdowns during the Trump administration.

On the flip side, FWS has been more likely to find an ESA listing is "not warranted" following a 12-month study of the species. The 31 "not warranted" findings in 2017 marked a jump from the 21 in 2016 and represented the second-highest for any year since 1997.

Last October, for instance, FWS determined that listing was not warranted for the eastern population of the boreal toad, Great Sand Dunes tiger beetle and northern Rocky Mountains fisher.

NOAA Fisheries, on the other hand, made four "not warranted" findings last year, the lowest number since 2011.

"If made final, the Services do not have any basis on which to conclude that the proposed regulation revisions would change the average percentage of species evaluated that are listed as endangered or threatened," the report states.

In some cases, the report’s numbers may provide useful context without indicating any particular Trump-era trend.

The number of formal ESA consultations with other federal agencies remained relatively constant, with 922 completed last year, and the percentage completed in under 135 days likewise stayed relatively steady.