ESA work piles up on desks of furloughed workers 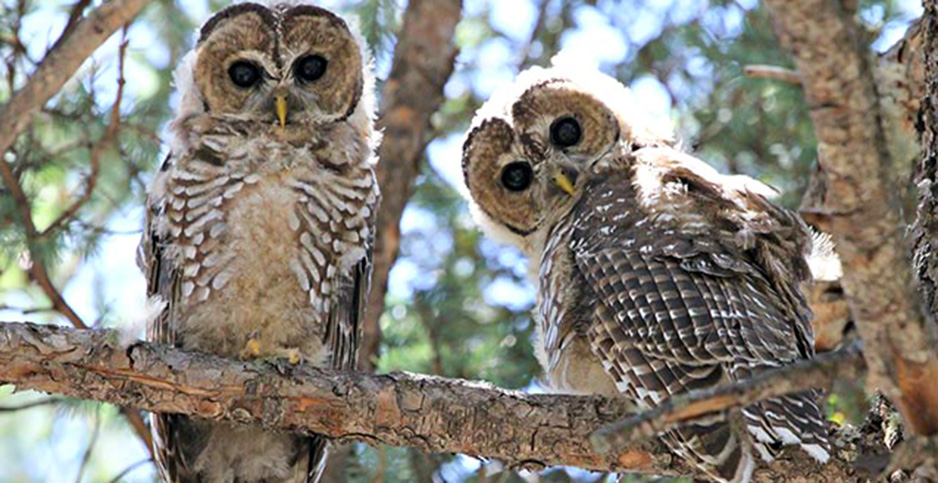 The Mexican spotted owl is on the endangered species list. National Park Service.

More than 200,000 public comments, many of them both excoriating and identical, await the Trump administration officials who will eventually return to finish work on controversial Endangered Species Act changes.

For officials now furloughed by the partial government shutdown that began Dec. 22, the stacked-up public comments epitomize the bigger burdens they’ll confront post-shutdown. Email baskets will be stuffed. Answering machines will be overloaded. Deadlines must be reset.

And in the case of the ESA, a lot of highly motivated people will be demanding answers.

"These proposals would drastically undermine the Act and set us in exactly the wrong direction just as the planet is experiencing a sixth mass extinction period," a commenter identified as Robin Koch warned.

Last summer, NOAA Fisheries and the Fish and Wildlife Service together proposed the most sweeping rewrite of Endangered Species Act regulations since 1986. The proposed changes can occur without congressional action, though lawmakers and eventually federal judges are likely to weigh in at some point.

Some federal departments have raised their own concerns, deploying the measured and specific language that requires the most labor-intensive response. The Navy, for instance, said it opposes a proposal that NOAA Fisheries and the Fish and Wildlife Service join in a single biological opinion for species that are under the jurisdiction of both agencies.

The two agencies share responsibility for sea turtles, Gulf sturgeon and Atlantic salmon, among other species.

"The Navy is concerned that there is the potential to actually have significant delays in completion of a joint biological opinion due to the additional coordination required," the military service wrote.

The proposed rules would also make it easier to remove a species from the ESA list, and threatened species would no longer automatically receive the same protections as endangered species.

Bernhardt is now acting Interior secretary, and in an even stronger position to push the ESA changes.

The ESA, for instance, prohibits the "take" of species designated as endangered, while Section 4(d) of the law allows the agency to establish special rules for threatened species.

The federal agencies currently consider cost when designating critical habitat for a listed species. The new proposal would permit cost assessments during the initial listing decision, even though the decision itself will still be "solely" based on science.

The proposed ESA changes also included noncontroversial items, and were consolidated into three regulatory packages that drew a recorded total of between 65,587 and 70,656 comments each during the now-expired public review period. The number of individual commenters is likely higher.

"Many of the proposals will result in modest improvements in efficiency and predictability," stated Ya-Wei "Jake" Li, director for biodiversity with the Environmental Policy Innovation Center. "A minority of the proposals, however, will likely impede species recovery or lead to unnecessary litigation over certain future ESA decisions."

Advocacy organizations such as the Center for Biological Diversity and Defenders of Wildlife blasted the proposals, as did the tens of thousands of individuals who sent the same "these proposals would drastically undermine the Act and set us in exactly the wrong direction" language.

Farm and energy groups, among others, counter with praise while suggesting that more fine-tuning might be in order.

Arizona Mining Association Executive Director Steve Trussell, for one, said the group "generally supports the proposed rules, which would provide greater clarity and predictability in listing species and designating critical habitat." But he added that the agencies "can and should do more to address certain issues that affect" the mining industry.

"We … encourage the Services to continue to streamline and improve Endangered Species Act regulation to reduce the economic and social burden of the regulation while also achieving species recovery," the Oregon Farm Bureau and Oregon Cattlemen’s Association wrote in their comments.