Ethane is about to crack in Appalachia. Now it needs a market 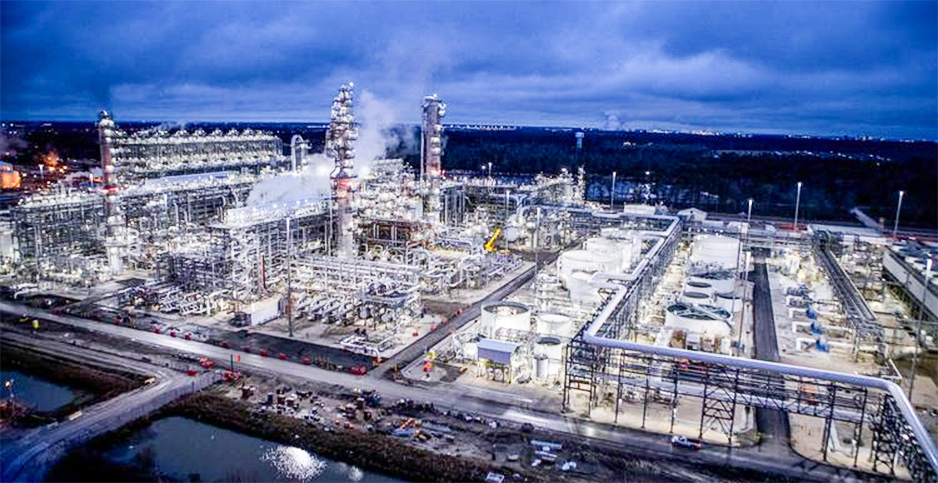 That’s energy analyst Taylor Robinson describing the economic potential of the vast amount of "wet" natural gas in the shale rocks of Appalachia’s Ohio River region. He isn’t stumbling over his words. He’s making a point.

Like parents of prodigies amazed at their children’s unexpected gifts, many in the three-state region have been counting blessings in advance. The Mid-Atlantic Technology, Research & Innovation Center (MATRIC) in South Charleston, W.Va., has published an estimate that a full exploitation of Marcellus and Utica resources could in time create 25,000 jobs in chemical and plastics manufacturing.

"Ethane is to the chemical industry what flour is to bakers," said Steven Hedrick, MATRIC’s chief executive, at an energy conference last month. "Allow yourself to be inspired by what is about to happen in Appalachia."

But today, just a small part of the region’s potential ethane production moves by pipeline to Philadelphia, Canada and the Gulf Coast because there’s little else to do with it. "There’s a lot of trapped ethane in that region that needs a home," Robinson said.

Now the first home is under construction by Shell Chemicals along the Ohio River in Beaver County, Pa., 30 miles northwest of Pittsburgh. Shell’s steam cracking plant will break ethane apart and reconstitute it as ethylene gas. Three production units will then link ethylene molecules to create polyethylene plastic pellets, a ubiquitous component of packaging and housewares products. Through the same process, propane winds up as polypropylene fibers and resins, turned into carpets and high-performance plastics.

Shell’s plant is set to open in late 2021 or early 2022. It will generate an estimated $9 million to $12 million in income taxes and more than $3 million in local taxes a year, according to an analysis commissioned by Shell. When running, it will have a payroll of 600 workers and provide work for two to three times that number in its supply chain, Shell says.

Ohio hopes the next cracker is on its turf. In March, Gov. John Kasich (R) announced a stepped-up investment commitment by Thailand’s PTT Global Chemical and South Korea-based Daelim Industrial Co. Ltd. for a proposed cracking plant in Belmont County, in the heart of Utica’s "wet" shale gas area. Kasich said he is hoping for a go decision by the end of this year on a project that could be worth up to $10 billion.

"You’ve got PTT that seems to be pretty far down the road. It just hasn’t made the commitment," Robinson said.

But production of Appalachian ethane’s derivative products would likely swamp what the U.S. economy can absorb, according to IHS Markit and other analysts.

So an ethane breakout along the Ohio River sets up the potential for a showdown duel between that region and the heart of the U.S. petrochemical industry along the U.S. Gulf Coast. "You’re going to have a very competitive feedstock in that region," said Robinson about the Appalachian resources, "until you have too many crackers."

Two-thirds of the increased U.S. natural gas production since 2012 has come from the Appalachia shale region, noted Warren Wilczewski, the U.S. Energy Information Administration’s expert on the region’s gas resource.

"Over the next six to seven year period, we’re going to add 50 percent of the polyethylene capacity of North America," Wilczewski said in an interview. The U.S. market is expected to grow with the economy, only 2 to 3 percent per year. The rest has to go abroad.

"If they can’t find an outlet, it would be disastrous," the EIA analyst said.

President Trump’s pledge of support to the coal industry has led to an Energy Department plan to subsidize financially pinched coal and nuclear power plants, which DOE deems to be more secure than gas-fired generation dependent on gas’s long pipeline supply networks.

Appalachia’s potential has been assessed in the IHS Markit report, "Prospects to Enhance Pennsylvania’s Opportunities in Petrochemical Manufacturing." The firm estimates that about $6 billion was invested between 2010 and 2016 in gas processing, pipeline projects, and storage of Marcellus and Utica gas. Natural gas processing capacity in the three states, only able to handle 1 billion cubic feet of gas daily in 2010, has soared to 12.5 billion cubic feet daily, EIA says.

But despite these investments, Appalachia will be hard-pressed to catch up with Texas and the rest of the U.S. Gulf Coast’s petrochemical expanse, which includes huge, invaluable natural storage chambers for wet gas centered in the Mont Belvieu area east of Houston, Wilczewski said. Appalachia’s first comparable ethane storage facility is still on the drawing board.

"There isn’t a petrochemical company in the world that isn’t salivating at the capacity Gulf Coast producers have. I don’t know how to overstate the advantage that provides those producers. I don’t think it’s possible to build anything like that anywhere on Earth," Wilczewski said. But Appalachia has other advantages, he adds.

And the largest part of the U.S. plastic product manufacturing industry is in Appalachia’s backyard, Robinson said. Around 70 percent of the manufacturing plants that use ethane polymers in their manufacturing are within 700 miles of Pittsburgh, IHS Markit said. Delivery times for polyethylene within the region can be a week or less, but up to three weeks by rail from the Gulf Coast, the firm said.

A big if: Will regulators in the three-state Appalachian region approve a big petrochemical infrastructure build-out at anything close to a Gulf Coast timetable? Will the three states’ residents give a Texas-style welcome to the development?

The IHS Markit analysts told Pennsylvania’s officials to step on it if they want to create a viable petrochemical industry. The state should "take aggressive action to address potential developmental and infrastructure constraints proactively," they said.

But that’s just the first plant, Fabisiak said. "When we first started to consider what the impact of the Shell cracker would be, we were looking at one particular facility. All of the infrastructure for oil and gas — wells, pipelines, compressor stations — they all release VOCs," he asserted. "Each time we look at this again, there are increased [proposed] facilities that have to be worked into the equation." The debate is only beginning, he said.

The DEP is currently reviewing Shell’s plan for 97 miles of pipeline connections to deliver ethane to the cracker from both Ohio and Pennsylvania wells. The department notified Shell on June 1 of "significant technical deficiencies" in the company’s pipeline plan, calling for more information on impacts on public water supplies and wetlands and other issues.

"I think they have to be flexible around the regulatory side," Robinson said, referring to the three states’ governments. "They haven’t built units like these in this area. They build them every day of the week in Texas."

Lawrence "Skip" Teel, an executive of Westlake Chemical, the largest U.S. producer of low-density polyethylene, offered a word of caution on that point at last month’s EIA conference. When he first met with an executive of one of the biggest Marcellus and Utica shale well drilling companies some years ago, the wildcatter told him to keep the initials "TAFT" in mind. Teel said he could tell polite company what three of the initials stand for: "This ain’t Texas."