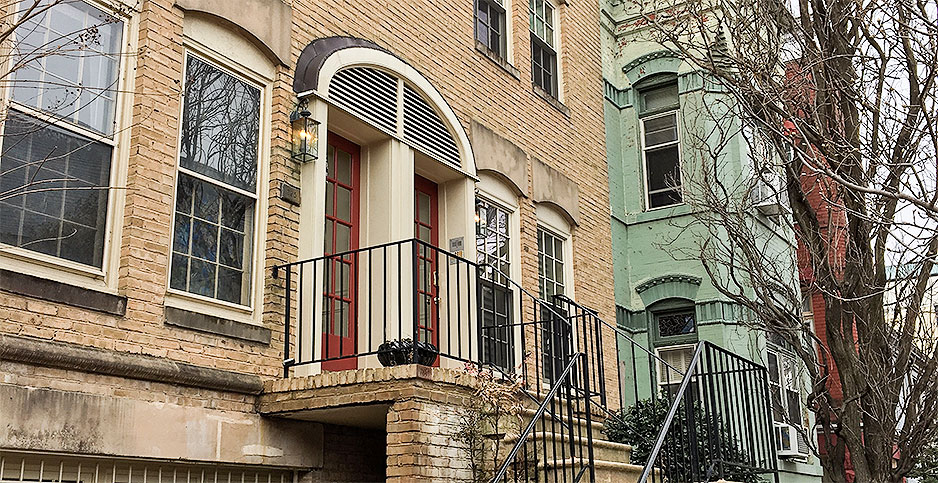 U.S. EPA Administrator Scott Pruitt rented this Capitol Hill condo from the wife of a lobbyist whose firm’s clients have lobbied the agency. Kevin Bogardus/E&E News

U.S. EPA’s top ethics official wrote a second memo on Administrator Scott Pruitt’s lease for a Capitol Hill condo linked to a lobbyist, stating that he didn’t have all the facts before him when writing his original draft.

Written by EPA Principal Deputy General Counsel Kevin Minoli, the memo, first reported on by CNN and obtained independently by E&E News, says his original review didn’t consider whether Pruitt appropriately followed the terms of his lease. The EPA chief agreed to use one bedroom in the condo, but Pruitt’s daughter reportedly stayed there as well, in a second bedroom this past summer while she clerked in the White House counsel’s office.

"Some have raised questions whether the actual use of the space was consistent with the terms of the lease. Evaluating those questions would have required factual information that was not before us and the Review does not address those questions," Minoli said in the document dated yesterday.

Minoli’s initial memo, released last Friday, said Pruitt’s entering into the lease was consistent with federal ethics rules and wasn’t a gift, even though the administrator paid relatively low rent to stay in the tony neighborhood just blocks from the Capitol. That draft came under withering scrutiny from ethics experts, while conservatives waved it in defense of Pruitt.

Vicki Hart, the condo’s landlord, told ABC News last week that she never gave permission to Pruitt for people other than him to live there. Her husband, Steven Hart, is chairman and CEO of Williams & Jensen, which reported lobbying EPA in 2017 on behalf of some of its clients (Greenwire, April 2).

Pruitt has spoken with reporters for conservative-leaning news outlets this week, often pointing to Minoli’s first memo showing he was in the clear staying in the condo. The EPA chief defended his living arrangement in a contentious interview yesterday with Fox News’ Ed Henry.

"Is ‘draining the swamp’ renting an apartment from the wife of a Washington lobbyist?" Henry asked.

Pruitt’s response: "I don’t think that that’s even remotely fair to ask that question."

Minoli, a top career lawyer who is EPA’s designated ethics official, also added a caveat on his thoughts whether Pruitt’s lease was a gift. He stressed that the lease’s terms were not a gift to the administrator, but he did not evaluate whether Pruitt’s use of the condo was a gift.

If Pruitt’s low-cost rent were deemed a gift, he could face trouble with ethics laws for accepting a gift from a prohibited source.

The EPA lawyer also said his first memo didn’t address the "impartiality rule" under federal ethics regulations. That rule addresses where federal employees should avoid circumstances where they might be partial in government actions to people connected to them, like family, business partners or anyone else they have a financial relationship with.

Since the news of the condo was first reported, Pruitt and EPA’s actions have been linked in the press to various clients of Hart’s lobby firm.

"The Review address those parts of the Federal ethics regulations that regard gifts, but was not intended to and did not address other portions of the Federal ethics regulations such as the impartiality rule," Minoli said. "A federal employee must comply with the Standards of Ethical Conduct, including those relating to impartiality, at all times."

Minoli also offered a lengthy analysis of his original finding that Pruitt paid "market value" in rent for the condo. Included with the memo were exhibits showing other listings in the area for $50-per-night rentals, as well as other apartments available for $1,500 per month.

"Based on the foregoing, the ethics office estimates $50/day to be a reasonable market value of the use authorized by the terms of the lease," Minoli said.

E&E News also obtained a copy of Pruitt’s condo lease. Steven Hart is listed in one spot in the document as representing the landlord, but his name is crossed out and replaced by his wife, Vicki.

The condo is primarily used for entertaining and hosting Republican lawmakers’ fundraisers. In fact, Pruitt’s agreement to stay in the condo was the first time the Harts had signed a lease with someone to stay there and was done for ethics purposes.

EPA has had to pay its costs for Pruitt’s time in the condo. A person familiar with the incident said the agency reimbursed the condo association $2,460 for a damaged door after Pruitt’s personal security detail broke into the condo last March after they couldn’t contact him.

At least Pruitt doesn’t have to worry yet about an EPA inspector general investigation of his condo lease, despite several demands from lawmakers. A spokesman for the watchdog office said it has not begun a probe.

"At this stage, no decision has been made on whether the IG is pursing allegations surrounding Administrator Pruitt’s lease agreement. No fieldwork has been started," EPA IG spokesman Jeff Lagda told E&E News.