Ethics czar Walter Shaub on ‘screaming into the void’ 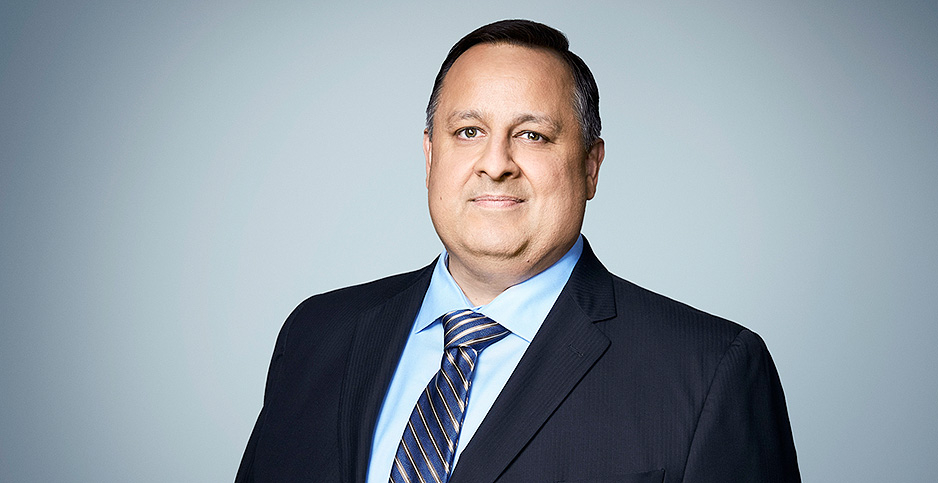 Walter Shaub was the head of the U.S. Office of Government Ethics under President Obama. University of Georgia

Walter Shaub doesn’t have time for fun these days.

The former head of the U.S. Office of Government Ethics under President Obama says he’s too busy trying to save the republic.

"My hobbies include screaming into the void and banging my head against a table," Shaub joked yesterday during an interview.

"Then I roll up my sleeves and go to work at Citizens for Responsibility and Ethics in Washington, where we’re putting up as strong a fight as we possibly can for this republic and for the ethical principles that were once the hallmark of its operations," he said.

Shaub, once a little-known government bureaucrat, has risen in prominence since he resigned in protest from the Trump administration last summer.

Shortly before his departure and right after the 2016 election, a series of tweets were sent from the OGE’s official Twitter account, applauding then-President-elect Trump’s supposed decision to sell off his business empire’s assets. But Trump hadn’t decided to take such action.

"[email protected] Brilliant! Divestiture is good for you, very good for America!" said one of the ethic office’s tweets.

Shaub, 47, was behind the messages. Now serving as a senior adviser at the watchdog group CREW, he’s also behind a slew of legal actions involving everything from the emoluments clause to spending and travel of government officials.

A Virginia native and son of an EPA chemist, Shaub earned a bachelor’s degree at James Madison University in Harrisonburg, Va., before getting a law degree from American University’s Washington College of Law. In 2001, he joined OGE, first as an attorney overseeing the presidential nomination program and later as deputy general counsel beginning in 2008. In 2013, Obama appointed him to a five-year term as the office’s director — a position he left early under Trump.

Shaub spoke with E&E News about his newfound fame, the Mueller investigation and increased oversight under a Democratic House:

Honestly I don’t think about that all that much. If it even exists, it’s a bit of a distraction from the real issue, which is that we find ourselves in an era where the president has radically departed from the kinds of government norms that evolved over time through hard lessons learned to protect the integrity of our representative form of government and most recently has apparently gotten away with doing essentially what Richard Nixon did by firing now the heads of two agencies that were investigating him.

Whoever is focusing on me should turn and look at the big issue.

Have you ever considered running for office?

I can tell you there is an absolute definite answer to that, 100 percent, and it goes on the record here so people can dredge this up in the future. The answer is absolutely no, never, never, never, not even dogcatcher.

Where did you grow up? What did your parents do?

I grew up in northern Virginia, pretty much spent my whole life in the D.C. area. My dad was a federal government chemist who worked with EPA, the Commerce Department’s [National Institute of Standards and Technology]. So I sorta had government service in my blood.

If Trump were to fire special counsel Robert Mueller, what would that mean for the rest of the government?

I think it would produce a protest with millions of individuals, it would affect the outcome of elections for decades to come and would spell one way or another the end of the Trump presidency.

I think an even greater danger, however, is the Mueller investigation being sabotaged from within the government, which is why the president firing Jeff Sessions and installing an individual who has been extremely hostile in his public comments toward the special counsel investigation and even speculated publicly on television about how a new attorney general could sabotage that investigation is very dangerous because the little things that can be done from inside could spell a death by a thousand cuts.

And the public would not even necessarily know about it, at least not in real time and perhaps not soon enough to remedy any problems.

Should Congress try to protect that investigation?

It’s absolutely necessary for Congress to try to protect the investigation, and at a minimum, they should pass the bipartisan legislation that’s been proposed and that apparently has stalled because the Senate Majority Leader Mitch McConnell.

The Interior’s inspector general has referred a case regarding Secretary Ryan Zinke to the Department of Justice. What might that mean?

It’s hard to know what has been referred and what stage of processing it is at. An inspector general does not refer something to Justice unless they think there’s a realistic possibility that a crime has been committed. An IG is normally not going to refer something to DOJ until after they’ve already done an investigation.

We do know that the IG over at Interior has conducted a number of investigations of Zinke, so it’s entirely likely, almost certain, that the inspector general uncovered information that gave them reason to think that there was a reasonable basis on which someone could conclude a crime had been committed and therefore referred it to the DOJ.

It’s hard to know what stage it’s at, but if there is a referral that’s being considered and has been ongoing for a while, that suggests to me that the DOJ may actually be looking to see if there’s something that might interest them and really diving into whatever materials the inspector general sends over, including a possible draft report or at least the raw materials they gathered.

To reach this point, things have moved somewhat far down the line and somebody who has experience and expertise concluded there was a basis for suspecting, at least, a criminal violation.

Is it fair to compare Zinke to former EPA Administrator Scott Pruitt?

I think the one thing these two gentlemen have in common is an absolute disrespect for rules and for the idea that when you hold a government position, you serve the American people and not yourself and that you are expected to put their interests before yours.

What we do know is that the boss at the top, the president, has set a very bad ethical tone, and it’s no surprise that he’s had an unprecedented number of ethics problems in his Cabinet because no one has ever sent a message that this is important.

A very big concern is that you have this government ethics program that is decentralized in the sense that you have a central agency like the [OGE] that does legal interpretation and provides guidance and conducts some audits to make sure agency programs have adequate procedures and record-keeping processes. But then you have agency ethics officials who are actually employees of the agency performing day-to-day work. And there’s approximately 4,500 of them.

What that means is that there’s a wide range of circumstances, and occasionally there is suspicion that the agency ethics official may have been captured by agency management, that they’ve just worked too closely to them and perhaps have other general counsel duties that make them inclined to give the benefit of the doubt to senior officials.

There are many, many who do not get captured by agency managers and who do an incredible job of standing up to them and saying no to them for their own good. But when you have that occasionally happen, it hurts the entire program.

Do ethics officials have enough authority?

There’s a limit to what can be done because the existing legal framework doesn’t give ethics officials enough power to do much more than simply recommend a course of action, and then if they come across potential legal violations, referral to an inspector general.

I think the ethics rules need to be strengthened so that ethics officials, and particularly centralized ethics officials, have more power to actually say "no" and forbid somebody from participating in a thing or forbid them from accepting a gift and require certain actions.

Do you think House Democratic oversight of the administration could affect appointees and their policy priorities?

I have particularly great confidence in the people who are going to be leading the House Oversight and Government Reform Committee, particularly Elijah Cummings, who I think is going to be in a position to really dig in and get a lot of this information and demand answers and put people on the hot seat.

On some level, I think that’s going to actually even deter some of the bad eggs who’ve been going into the Trump administration from coming in in the first place, and it’s certainly going to push a number out.

How can the administration respond?

The No. 1 choice this administration could make would be to turn over a new leaf and make a commitment to ethics and send a message that it matters.

The problem is that would have to start with a president who has chosen not to divest his financial interests and has chosen to spend a quarter to a third of his time in office frolicking at his own properties and promoting them vigorously.

Barring that, I think my advice is lawyer up because they may be in big trouble.