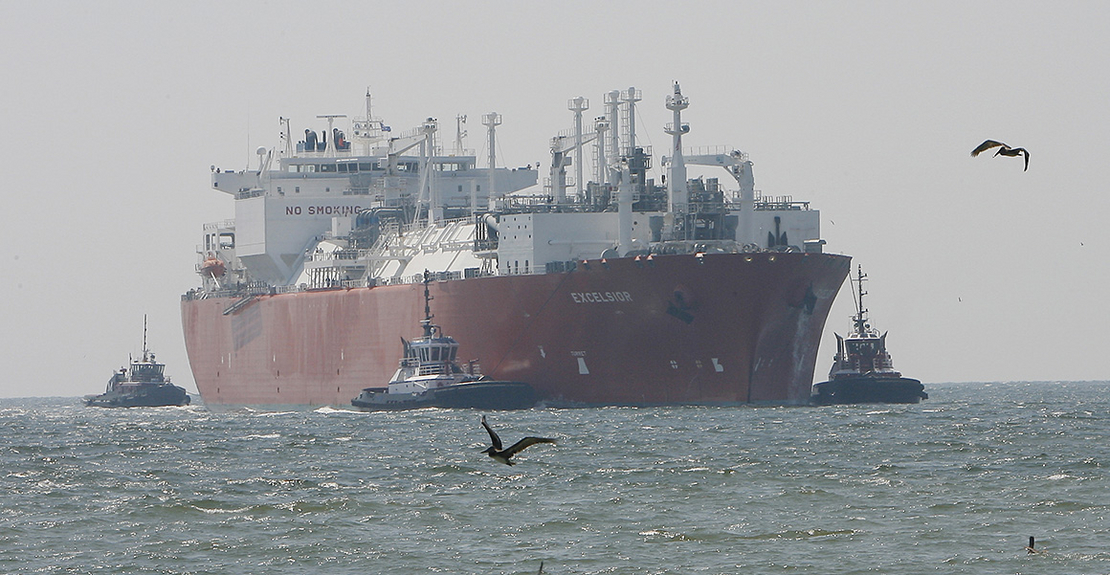 A drive to end European use of Russian fossil fuels is deepening concerns among green groups that the effort could slow rather than accelerate the region’s pursuit of clean energy. And a deal struck with the United States last week to divert more natural gas to Europe may only make the challenge greater.

Under the agreement, the European Union would work “toward ensuring stable demand” for 50 billion cubic meters of liquefied natural gas annually from the United States at least until 2030. That’s roughly one-third of the gas volume that Europe currently imports from Russia.

Both sides have said they would work to reduce the emissions intensity of any new infrastructure needed to handle additional flows, such as import terminals that can convert LNG back into gas, pipelines and storage facilities. European Commission President Ursula von der Leyen said during a press conference Friday that such infrastructure later could be used to handle the transport of hydrogen made with renewable energy.

Green groups have pushed back, saying the world can’t zero out its carbon emissions by investing in new fossil fuel infrastructure.

“No amount of LNG expansion is consistent with net-zero,” Collin Rees, U.S. program manager at Oil Change International, said in a statement. “The U.S. and EU must reject any temptation to lock in deadly new gas infrastructure that would further destabilize our economies and imperil our climate goals.”

The deal has exposed the delicate balance E.U. leaders will need to strike in the coming years to ensure that the short-term pursuit of energy security doesn’t outweigh the longer-term impacts those moves could have on rising temperatures driven by burning fossil fuels.

According to the International Energy Agency, there can be no investment in new gas supply if the world is to achieve its goal of keeping warming from rising beyond 1.5 degrees Celsius. By 2040, gas-fired generation will need to be 90 percent lower than it was in 2020, the IEA says.

The European Union currently is negotiating a legislative package that would require a 30 percent cut in gas consumption by 2030. That reduction is critical to E.U. efforts to meet a target of reducing overall greenhouse gas emissions by 55 percent from 1990 levels by the end of the decade.

European leaders also are crafting a policy to end the European Union’s dependence on Russian gas “well before” 2030. Russia supplies the bloc of 27 nations with roughly 40 percent of its gas currently. The plan centers around finding new sources of natural gas in the immediate future, as well as stepped-up measures to reduce demand and accelerate the development of wind and solar.

Raphael Hanoteaux, a senior adviser on gas politics at climate think tank E3G, said the agreement with the United States to import more LNG isn’t clear on what it means for future gas consumption in Europe.

“If you only focus your diversification strategy on LNG, and if Europe only tries to replace Russian gas by other types of gas, it’s going to be something that is very expensive, very shortsighted, and will never really be useful on the long term,” he said.

But some analysts point out that Europe had been planning to use gas for years and that replacing Russian gas with gas from somewhere else won’t break Europe’s carbon budget or change its energy or climate policy.

He added that it would be disingenuous to say that if Europe manages to replace Russian gas, it won’t any have incentive to tackle climate change. The greater challenge could be what happens beyond Europe.

Having Europe jump on the global LNG market on a large scale would have implications for the price of natural gas in emerging economies — especially in nations that have a lot of coal in their systems — and for some of them, for the ability to arbitrage between coal and natural gas, Noël said.

A senior administration official speaking to reporters Friday said that achieving the 15 bcm target would involve continued exports from the United States and agreements by other countries — particularly those in Asia — to divert more LNG to Europe.

China, Japan and Korea are the world’s three largest LNG importers, and diverting gas away from those markets would be extremely challenging, according to Anne-Sophie Corbeau, a research scholar at Columbia’s Center on Global Energy Policy.

“China’s LNG demand has been increasing by 10-20 bcm per year since 2015. For this growth to cease, China would need to use more coal, renewables, and nuclear. It would also need to increase both its domestic gas production and its pipeline gas imports from Central Asia and, critically, Russia,” she wrote in a recent analysis.

Nikos Tsafos, who focuses on energy, climate and geopolitics at the Center for Strategic and International Studies, wrote in a Twitter thread that Europe can’t diversify away from Russian gas just by buying whatever gas is on the market without creating a huge disruption. Someone must produce more gas, he said.

Given the amount of LNG supply set to come on the market in the coming years, Europe’s intention of importing 50 bcm would account for most of the supply that China isn’t demanding and would leave no buffer for disruptions such as drought or other weather-related supply bottlenecks, said Tsafos.

“It’s a precarious situation that will push prices very high and impose massive costs, especially on emerging economies,” he wrote.

Hanoteaux from E3G worries that money that could be put toward investments in renewable energy may instead be diverted toward infrastructure build-outs or purchases of LNG, which are currently at record highs in Europe.

A recent analysis from several climate think tanks, including E3G, found that Europe could replace around two-thirds of Russian gas by 2025 — a target it has set for the end of this year — without needing to build new gas import infrastructure.

There are limits, however, to how much the European Union can let its emissions jump because of its climate laws and policies.

Carolyn Fischer, a senior fellow at Resources for the Future, wrote in an email that she doesn’t expect the deal struck Friday to have much effect on the European Union’s ability to meet its climate targets, since gas would take pressure off the need for coal, and electricity emissions already are capped under Europe’s cap-and-trade system.

Climate policy is about electrifying what can be electrified, maximizing zero-carbon electricity generation and eventually creating some kind of synthetic gases for what cannot be electrified — whether it’s hydrogen or something else, said Noël from Columbia.

“Gas is going to be cornered over time into the usages that are the hardest to electrify,” he added.

The energy crisis — exacerbated by Russia’s war in Ukraine — might force European politicians to slow down on climate for some time, he said.

“But I think you can already see in all the statements in Europe that nobody that is remotely considered responsible says, ‘Oh, we have to deal with the Russia crisis, so let’s forget about climate change, and we come back to it in five years’ time.’ Nobody says that,” he added.