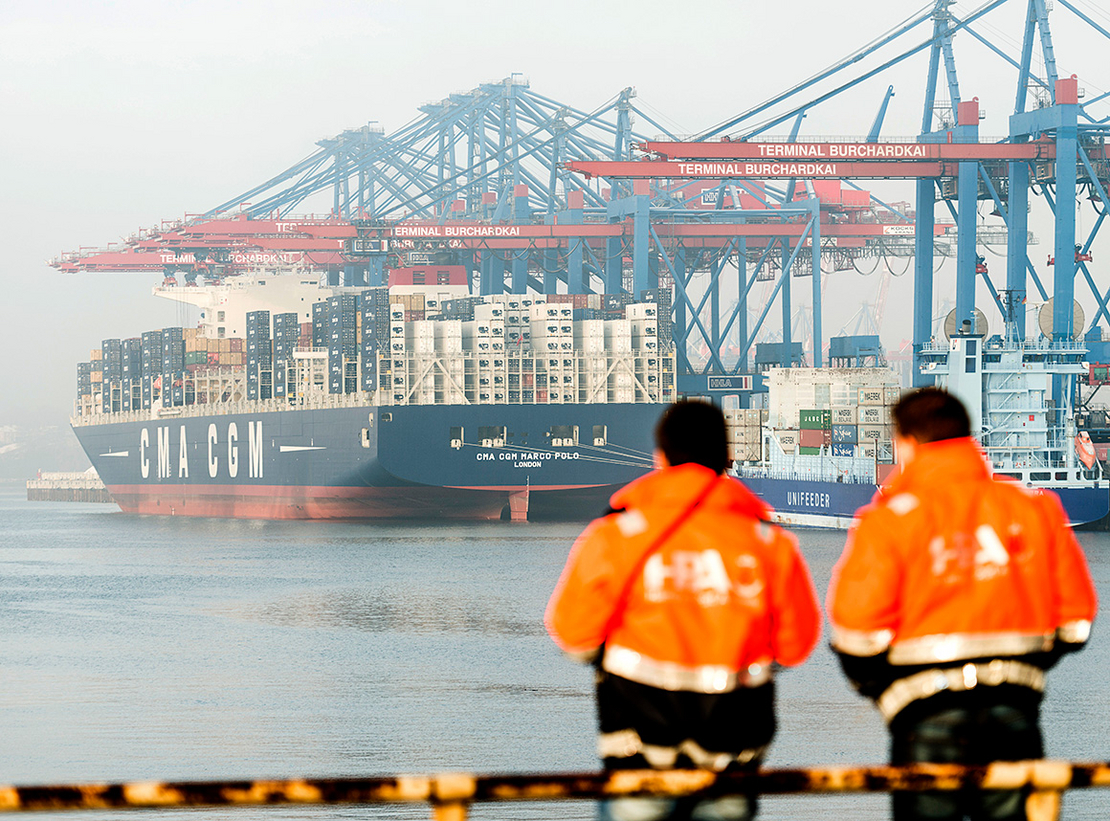 A container ship is docked at the port in Hamburg, Germany. Europe is moving forward with a carbon border fee for emission-intensive imports. Patrick Lux/Getty Images

European leaders agreed to the structure of a proposed regulation yesterday that would place a fee on carbon-heavy imports from countries with lagging climate policies.

That step advances what would be the world’s first carbon border fee as the European Union strives to slash its greenhouse gas emissions 55 percent by 2030.

According to the E.U. Council, which consists of ministers from member states, the main objective of the measure, known as a carbon border adjustment, is to prevent companies from moving their production facilities to places with less stringent environmental regulations. Europe imposed a price on carbon years ago.

“It will also encourage partner countries to establish carbon pricing policies to fight climate change,” the European Council said in its announcement yesterday.

Some U.S. lawmakers had hoped to strike a compromise with European leaders to ensure the United States would not be subject to a border fee if it doesn’t put a price on carbon from American manufacturers.

Carbon border taxes have gained traction in the U.S. recently among Republicans and Democrats. Both sides say U.S. steel and cement makers could benefit from border fees because American products tend to be cleaner than those made in Russia and China (Climatewire, Feb. 17).

But many of those lawmakers oppose a carbon price and don’t see it as a prerequisite to trans-Atlantic cooperation.

“The European Council is more than welcome to encourage others to do whatever they wish, but considering the E.U.’s new sanctions on Russia explicitly exempt coal, oil, and gas imports, it’s pretty clear they are virtue signaling rather than seizing the opportunity to work with us,” Sen. Kevin Cramer (R-N.D.) said in an email to E&E News.

Cramer, who considers a carbon border fee a key component of an “America First” climate and trade policy, said he’s interested in pursuing a climate solution.

“At the end of the day, we’d be doing more for the health of our environment and the reduction of global greenhouse gas emissions if we worked together as a geopolitical alliance,” he said.

The carbon border adjustment fee proposed in Europe last year stated that only countries with explicit carbon pricing policies would be exempt from the fee (Climatewire, March 4). The policy would initially cover cement, aluminum, fertilizers, electricity generation, iron and steel.

The European Council’s approval yesterday carries the proposal forward as it heads toward another round of negotiations in the European Parliament before taking effect early next year.

Shuting Pomerleau, a climate policy analyst at the Niskanen Center, said the lack of a U.S. price on emissions raises questions about what is being priced at the border.

“It’s important to encourage the E.U.’s trading partners to not only take action but to take the most efficient and effective action, which is carbon pricing policies,” she said.

“It will give us a tool to speed up the decarbonization of our industry, while protecting it from companies from countries with less ambitious climate goals. It will also incentivize other countries to become more sustainable and emit less,” he said in a statement.

It also lines up with a recent push by the European Union to break its dependence on fossil fuel imports from Russia, where studies show energy production releases more emissions of carbon and methane, another potent greenhouse gas.