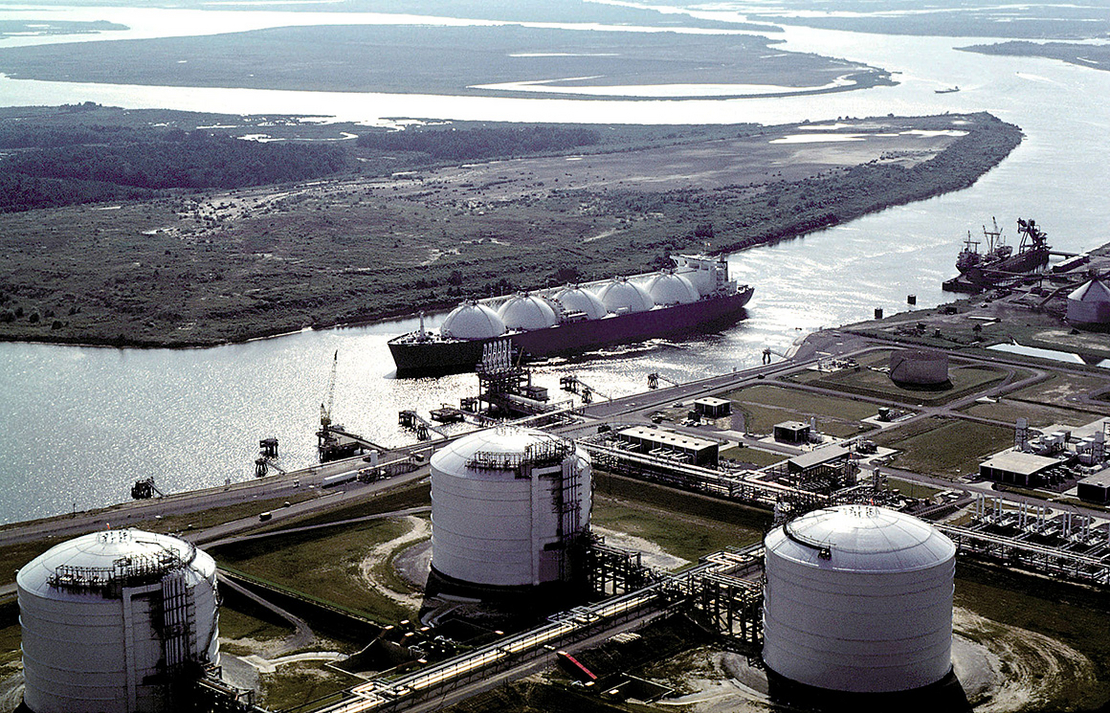 American gas exports to Europe have surged since late last year, helping patch a supply crunch created by lower Russian pipeline deliveries and alleviating fears that the European Union would be left in the cold as it imposed economic sanctions on Moscow for launching a brutal invasion of Ukraine.

The question now is whether the United States can keep the gas flowing. American liquefied national gas terminals are maxed out, and building new ones will take years. Europe needs alternatives to Russian gas today, amid fears that Moscow could stop exports completely. Its scramble to find additional supplies is upending a rapidly expanding LNG market and driving prices on the global market higher.

President Biden nevertheless promised last week to guarantee additional LNG to Europe this year. Exactly how the president plans to fulfill that promise remains to be seen.

But the answer — in whatever form it comes — has far-reaching security, economic and climate implications.

China, which last year became the world’s largest LNG consumer, is ramping up domestic gas production, increasing pipeline imports from Russia and burning more coal to offset a decrease in LNG shipments. In Japan, policymakers are contemplating whether to restart nuclear plants that were shuttered after the Fukushima Daiichi disaster in 2011. Soaring gas prices, meanwhile, have cut into the budgets of developing countries like Bangladesh, which had been looking to LNG to help stabilize its energy needs.

“Many countries are going to have to make difficult choices when it comes to [putting] the priority on security of supplies, affordability and sustainability,” said Anne-Sophie Corbeau, a global research scholar at Columbia University’s Center on Global Energy Policy.

Asia has been the top destination for American LNG cargoes since the United States began shipments in 2016. South Korea has accounted for 14.4 percent of U.S. LNG exports since that time, followed by Japan (10.5 percent) and China (8.7 percent), according to Energy Department figures.

But recent months have seen dramatic changes in LNG flows. Gas shipments to China, Japan and Korea were down 11 percent, 14 percent and 7 percent, respectively, in the first quarter compared with the same time last year, said Valery Chow, an analyst who tracks the industry at Wood Mackenzie.

While Qatar and Australia have continued to ship LNG to Asia, American supplies have been rerouted to Europe. Cheniere Energy Inc., America’s top LNG exporter, estimates that 75 percent of shipments to leave its docks since the start of the year have been bound for Europe. In January, the United Kingdom, France, Spain and Turkey ranked as the top four markets for U.S. LNG exports, according to the Energy Department.

To compensate for less LNG, Asian countries are turning to other energy sources.

Japan gave its gas away

Japan, historically the world’s largest LNG consumer, is contemplating restarting many of the nuclear reactors it had idled in the wake of the Fukushima disaster. Public support for restarting the country’s nuclear plants has been growing, according to a recent opinion poll.

That’s in part because Japan doesn’t have continental electricity or natural gas pipeline networks, so nuclear energy is about the only baseload energy source that is indigenous, said Jane Nakano, a senior fellow with the energy security and climate change program at the Center for Strategic and International Studies. Japan has been adding quite a bit of solar, she added, but its mountainous terrain makes it hard to deploy onshore wind and solar on a large enough scale to meet demand.

Japan has 34 nuclear units that it could restart eventually, with nine already permitted, Nakano said. But even if it restarted all 34 units tomorrow, that wouldn’t replace all the country’s LNG import requirements.

“It’s as much an energy security challenge as an energy transition challenge,” she said.

Japan did agree in early February to divert some LNG cargoes to Europe after meeting with diplomats from the United States and European Union. It also signed on to a statement last week along with other members of the Group of Seven major economies in support of efforts to ensure stable, sustainable energy supplies.

Japan’s position in the G-7 and as a close U.S. ally may give Washington some leverage with Tokyo as long as the administration tries to help broker alternatives to the LNG it would be diverting, say analysts. But Japan has its limits, they say.

“What Japan appears to have done is extraordinary in that Japan agreed to divert some LNG to Europe,” said Kevin Book, a managing director at ClearView Energy Partners LLC. “It is not going to be easy to continue to call on an energy-poor country to make contributions contrary to its own welfare.”

While a nuclear revival in Japan could help cut carbon emissions, China has turned to coal to partially backfill its lost LNG supplies. Chinese coal generation was surging even before LNG markets tightened. Rapid growth in Chinese electricity demand coming out of the Covid-19 pandemic sent Chinese coal generation soaring, and helped push global greenhouse gas emissions from electricity to new highs in 2021.

A series of blackouts on the country’s electric grid last year also prompted a renewed focus on coal, with Beijing greenlighting a series of new coal plants and mining projects. China has also sought to boost its deployment of renewables, but its recent coal push has raised questions about its pledge to peak emissions by 2030 and zero them out by 2060.

‘Pushed to the limits’

“Coal and renewable generation, including restarting of mothballed coal plants, is being pushed to the limits to compensate for more expensive gas,” said Chow, the Wood Mackenzie analyst.

Rising gas prices have stoked an energy crisis in Pakistan and Bangladesh, both of which have greatly increased their dependence on LNG in an attempt to offset the need for imports of fuel oil and coal.

Bangladesh thought it was going to subsidize 20 cargoes of LNG this year, but it bought 11 and ran out of money, said Bruce Robertson, a gas analyst at the Institute for Energy Economics and Financial Analysis.

“It’s been a disaster for developing Asia,” he added.

LNG was traditionally a point-to-point business, with one company tasked with liquefying the gas, shipping it and then regasifying it when it arrived at its destination. But the emergence of American companies in the last decade has altered the market. To attract financing, most U.S. LNG developers sign long-term supply contracts with foreign buyers. Crucially, those buyers have the choice of where they want to send the cargo, a development that has injected flexibility and liquidity into the world’s LNG market.

In recent months, Asian buyers have used that flexibility to direct U.S. LNG cargoes to Europe, where they can fetch a higher price. Asia LNG flows have fallen below the 14 million tons per year that companies in the region have contracted to purchase, analysts at Goldman Sachs wrote in a recent research note.

“This simply reflects current price incentives — and not a policy push — with European gas prices trading at a premium to Asian LNG prices, helped by a mild end of the winter in the region,” the analysts wrote.

But whether the trend continues is an open question.

Asian demand is likely to rise in the summer, and countries in the region will be looking to restock storage to see them through the winter months, Goldman’s analysts wrote. That could come into direct competition with the European Union’s plan to cut its reliance on Russian gas.

American LNG flows to Europe have surged in recent months. In 2021, the United States sent an average of 72 million cubic meters a day of LNG to Europe and the United Kingdom, said Samantha Dart, head of natural gas research at Goldman Sachs. This year, volumes have averaged 187 mcm a day, for a total of nearly 16 bcm in only three months, she wrote in an email.

Last week, the White House said the United States would work to guarantee an additional 15 bcm of LNG to Europe this year over 2021 volumes. It is unclear whether that figure only covers U.S. exports to Europe or total European LNG imports, said Dustin Meyer, vice president of natural gas at the American Petroleum Institute.

“In terms of the administration’s ability or the European Union’s ability to guarantee that the target will be met, I think their authority there is very, very limited,” he said. “Right now, what you’re seeing is an existing trajectory that is largely consistent with that target, but that trajectory is reflective of market fundamentals rather than any government intervention.”

A White House spokesperson did not return a request for comment.