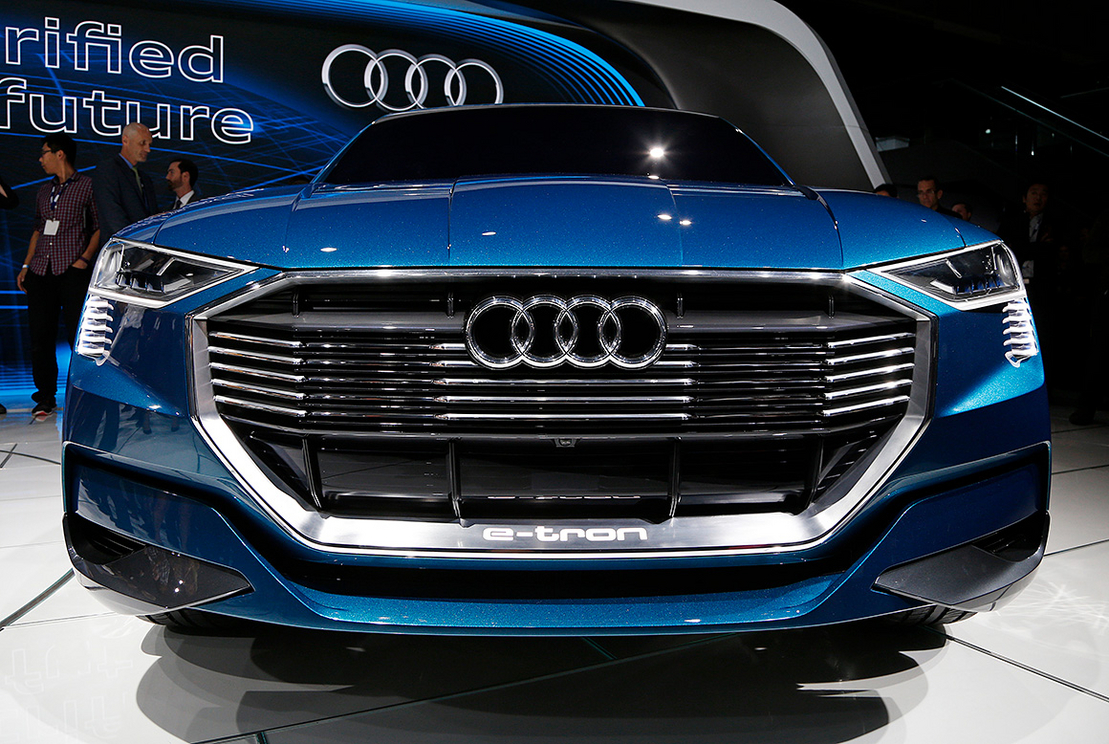 A shortage of electric vehicles nationwide is triggering long waits and driving up prices — pushing many buyers to pay thousands of dollars more than the list price to get their cars.

Plug-in electric vehicles offered by Mercedes-Benz, Hyundai, Audi, Porsche, Kia and Ford are among those selling at a premium, said Jessica Caldwell, executive director of insights at Edmunds, a car shopping website with access to dealer records.

The average amounts paid over the sticker price range from about $1,500 more for the Ford Mustang Mach-E to more than $4,600 extra for the Mercedes-Benz EQS.

“The all-EV average last month, it was somewhere in the region of $1,400” extra, Caldwell said. And that’s on top of EV costs that are “also pricier on average.”

The markups come at a dynamic time for the EV industry.

California announced last week that 1 million zero-emissions vehicles have been sold so far in the state. Officials touted the milestone as a major step in the state’s push to phase out gas-fueled cars, a goal enshrined in a 2020 executive order from Gov. Gavin Newsom (D). The California Air Resources Board (CARB) in a draft rule proposes mandating that automakers sell 100 percent ZEVs in the state by 2035.

“The latest numbers show that California is leading the nation in the ZEV space,” said Lauren Sanchez, Newsom’s senior climate adviser, in a phone call last Friday with reporters. “We have more ZEVs on the road than the next 10 states combined, accounting for 40 percent of zero-emission cars in the country.”

Nationwide, EVs remain a sliver of auto sales, at less than 3 percent, said Caldwell with Edmunds. In California, ZEV purchases made up 9.5 percent of the market last year, while plug-in hybrids made up 3.3 percent, according to the California New Car Dealers Association.

The supply-and-demand imbalance in the vehicle market is fueled by a semiconductor chip shortage, and it’s affecting all vehicles, CARB Chair Liane Randolph said.

"Buying a car is challenging no matter what the platform, and so the EVs, you know, continue to be available, they continue to be rolling off the lots," Randolph told reporters last week. "Maybe not as quickly as a few months ago, but certainly, the progress is continuing."

She added that "my spouse purchased an electric vehicle literally this weekend, so I know they're available."

Automakers are putting the semiconductor chips they can get “into their vehicles with the highest profit margins, and you know what's on the bottom of that list?" It’s EVs, said Daniel Sperling, a CARB board member and director of the Institute of Transportation Studies at the University of California, Davis.

"They're still losing money on EVs," Sperling said of car dealers. "So that's why they haven't been pushing out EVs."

Supply chain issues also are pushing prices over the sticker cost for gas-fueled vehicles, Caldwell said — though the markup is lower than for EVs. The January average amount over list price for all vehicles was $728.

Long said he’s not paying over list price, but he has seen on a buyers’ message board that others have paid premiums.

Another Mustang Mach-E buyer said an Alexandria, Va., Ford dealer wanted to charge him a $3,500 markup.

Noberto Vignoli said he ordered the car in September 2020. More than a year later, a salesman with the dealership told him the car was coming in but that it was planning to charge $3,500 more.

In a phone call with E&E News, the manager at the dealership denied the attempt at a price hike.

In an October 2021 email that Vignoli provided to E&E News, the dealership wrote to Vignoli and said that the market is what determines the price and that $3,500 over the sticker is fair.

Vignoli said he protested with Ford Motor Co., and the dealership ultimately sold the car for its list price — $61,000.

Some automakers aren’t thrilled that their dealers are charging over list prices.

The average amount consumers paid extra for the new Hyundai IONIQ 5 — released in December — was about $2,800 in January, said Caldwell with Edmunds. One Southern California dealer website lists an added $5,000 "market adjustment" for the Limited SUV, the most premium version of the vehicle.

Demand for the IONIQ is very high, said Miles Johnson, a spokesperson with Hyundai Motor America. At the same time, dealers are independent businesses and are not required to charge the Manufacturers’ Suggested Retail Price (MSRP), he said.

"However, we believe this practice is damaging our brands' long-term ability to capture new customers and retain loyal ones," Johnson wrote in an email. "Once supply and demand come into greater equilibrium, customers will feel that they were overcharged for their vehicle and thus look to other brands the next time they are shopping.”

“The risk of losing customers and potential future customers far overweighs any short-term gains to be had from what customers describe as unfair pricing," he added.

Greenhouse gas emissions from cars and trucks on California roads are the biggest contributor to climate pollution in the state, constituting 40 percent. About 16 million total passenger vehicles cruise on California roads. It's the reason Newsom called for banning sales of new gas-fueled cars after 2035.

Under the draft rule CARB is considering, the ZEV mandate on automakers would increase to 26 percent in four years, and to 61 percent of cars sold in California by 2030.

More ZEV models are coming in 2025 and beyond, Caldwell with Edmunds said.

"Automakers are really coming out in the next five years with more and more vehicles in this category, with major expansion planned in the next decade, like by 2030, 2035," she said.

Available models are expected to widen.

"They're producing vehicles that are electric, but also something that people would buy anyways, like trucks and SUVs," Caldwell said. "When there's more volume out there for these vehicles, prices will go down, and that's really going to help the market."