EV chargers at rest stops? Not so fast, say the feds 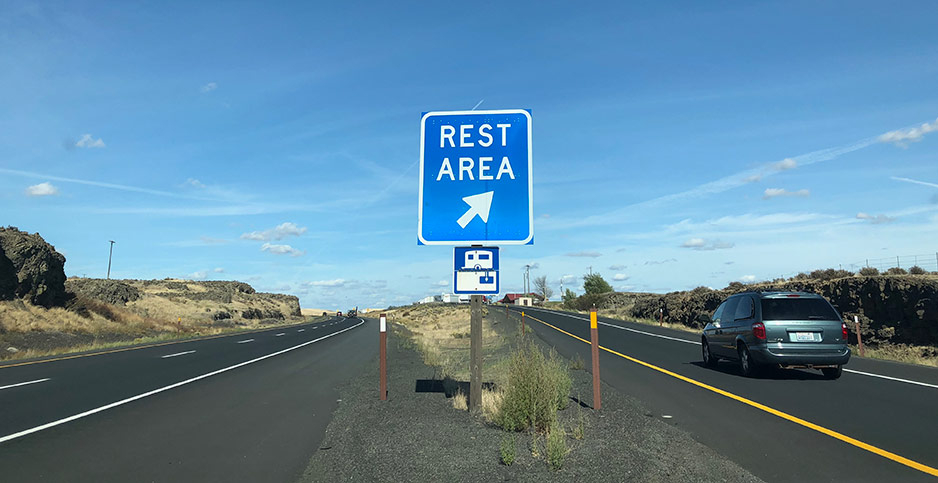 In 2016, California’s Department of Transportation settled on what seemed like a no-brainer way to reduce emissions and make it easier to use electric vehicles. It would establish fast-charging stations at 30 highway rest stops and other sites it operates around the state.

The little-known episode underscores how difficult it is to build a charging network for electric vehicles, the biggest change to the country’s fueling system since the birth of the automobile.

Finding good sites for charging stations has been challenging at every turn. Volkswagen’s Electrify America, required through a consent decree to build a nationwide network, has found it difficult to find good locations near highways. Meanwhile, cities like Seattle have stumbled in building similar networks on regular streets (Energywire, Oct. 21).

When Congress passed the law that enabled the interstate highway network in 1956, it banned almost all economic activity at rest stops, including anything that aided motorists. That was the result of lobbying from businessmen near the highway who worried that the rest stop would be an irresistible draw. They surmised that the government would establish concessions that would pad the government’s bank accounts, and freeze private enterprise out.

Last year, the decades-old debate took on a climate and energy twist. California’s transportation department, also known as Caltrans, made a pitch to the Federal Highway Administration (FHWA) to relax the rules. Caltrans argued that permitting the sale of electricity for the purpose of EV charging would improve the climate — and help the state out of a financial pickle.

Caltrans’ push to build charging stations at rest stops found its origins in a 2012 executive order by then-Gov. Jerry Brown (D) to put 1.5 million EVs on the state’s roads by 2025.

The agency proposed to build its chargers in long stretches of highway where the state and private industry had no plans to do so. Many of California’s 86 rest stops are in far-flung locations. A handful of others would reside at other Caltrans facilities, like maintenance yards and park-and-ride lots. They would be direct-current fast chargers, which are expensive to build but can mostly fill an EV’s battery in as little as half an hour.

The agency’s 30-month goal would have had the chargers up and running by last December. As of now, only three are operating, according to Caltrans spokesman Kyle Simerly.

Yet a fundamental change like the one that Caltrans is planning isn’t cheap.

Caltrans sought to find federal or other sources of funding to offset the expenses. So far, however, it has gotten only $1.7 million from the state’s regional air districts in the form of grants.

A large part of those operational expenses are to pay for the fuel — the electricity. Fast chargers are notorious for producing high electricity bills. Their large but irregular power demands don’t match up with the rate schedules designed by utilities.

Caltrans is pressing ahead with building the charging stations, although it has said it can’t afford them.

Most of the funding for the nation’s interstate highway system comes from the federal government, meaning it is the final word on what happens at rest stops. Under federal rules, the term "vending" has become a source of controversy.

Almost nothing is for sale at rest stops funded by the Federal Highway Administration, with a few exceptions like maps and lottery tickets. Despite their prime location, there’s little to do but use the bathroom or take a walk.

There are exceptions: A few rest stops that existed before the Interstate Highway System and were grandfathered in bear little resemblance to their counterparts. On Interstate 95 north of Washington D.C., Maryland House and Chesapeake House are high-traffic areas with Pizza Huts, sandwich shops, Peet’s Coffee — and gas stations.

Meanwhile, for the vast majority of rest stops, the last big change came in 1983. That’s when Congress allowed vending machines for the sale of things like M&M’s, Cheetos and Coca-Cola by coin drop.

In recent years, the universe of vending machines outside of rest stops has exploded. At airports and other locations, it’s possible to buy anything from stuffed animals to noodles, pet food to makeup, socks to salad from a machine. Rest areas, meanwhile, haven’t budged an inch from their narrow offerings of snacks and sodas. This has led a growing number of groups to challenge FHWA’s guidelines, which vaguely define a vending machine as "a coin or currency operated machine capable of automatically dispensing an article or product."

Plug In America, one of the largest EV lobbying groups, said that FHWA’s request was "an extremely timely opportunity that can accelerate the adoption of these clean vehicles." It added: "Charging stations are electronic and disperse a product — electricity — when money is inserted or activated, meeting every qualification for the definition of a vending machine."

Advocates for businesses near highways held an opposite view. The National Association of Truck Stop Owners, for example, says that it has no objection to EV charging stations — as long as they’re built not at rest stops but on private land. The rest stop, NATSO argued to FHWA, is just too attractive to motorists.

Caltrans also hasn’t given up. To ease the expense of the charging stations it is building and the free fuel it is offering, it’s making a formal push to persuade federal highway authorities to soften their anti-vending stance.

It applied for a waiver from FHWA’s vending rules. Invoking an experimental federal program called SEP-15, it sought permission to charge customers for use of charging stations. Knowing that vending at rest stops is a non-starter, Caltrans instead asked for permission to vend electricity at Caltrans facilities that get federal funding and are off the highway, such as maintenance yards and park-and-ride lots.

In a sign of the issue’s importance to Caltrans, it sent a letter to California’s congressional delegation, asking for its support.

Besides arguing for the climate benefits, Caltrans urged FHWA to make the exception because it couldn’t attract private companies to share the cost unless the electric fuel commanded a price.

At least one of the major companies that build charging stations — ChargePoint, based in California — wrote to FHWA to oppose Caltrans’ request to vend, even at off-highway locations. Its letter didn’t make the obvious point that charging companies, which are partly in the business of vending electricity, would suffer if the state offers the same service for free. But it did use arguments that echo those that private companies have made since the beginning against putting businesses at rest stops.

FHWA still hasn’t yet ruled on the request. According to an agency spokesman, it is awaiting a draft plan by Caltrans that would identify the specific sites it wants exempted.